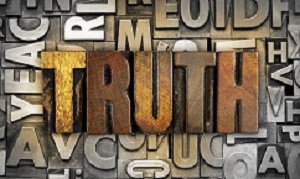 Debate among public health professionals over approaches to tobacco and nicotine regulation has intensified with the rise of vaping. Researchers at the Pacific Institute for Research and Evaluation explore the contours of the debate and the need to include public concerns. Competing messages make e-cigarettes a tricky subject for health communicators, along with the fact that they are relatively untested and there is no clear picture of the long-term health impacts, adds Cabral Bigman, professor of communication at the University of Illinois.

In “Truth telling about tobacco and nicotine”, Rachelle Annechino and Tamar Antin of the institute’s Prevention Research Center explain that, although there is agreement among researchers about evidence that vaping can be less harmful than combustible cigarettes, the tobacco control community remains divided about how to communicate – or even whether to communicate – information about the relative risks of tobacco and nicotine products.

Furthermore, the views of the people who use these products are not often considered when crafting public health campaigns.

Research conducted by the authors suggests that people affected by smoking disparities want accurate and comprehensive information about the differential harms of tobacco and nicotine replacement products and are dismayed by current public health campaigns.

The lack of widespread accurate and comprehensive information available to the public has very serious consequences.

Without informational access, people affected by the debate are often misinformed about the topic. That means that they can neither make informed choices to reduce risks to their health nor make helpful recommendations as participants in community policy-making.

The authors argue that, to promote trust, public health institutions must develop truth-telling relationships with the communities they serve and be genuinely responsive to what people themselves want to know about tobacco and nicotine products.

Says Ms Annechino: “There’s a lot of debate in public health over whether harm reduction is a good way to think about tobacco. Regardless of where public health professionals fall in that debate, people need to be able to trust public health institutions as resources for information – including information about the relative harms of these products.”

Truth Telling about Tobacco and Nicotine

Research suggests that many people in the US are misinformed about the relative harms of various tobacco and nicotine products. Concerns about public misinformation have often been framed as relevant only to the degree that public health institutions agree to prioritize conventional approaches to tobacco harm reduction.

We argue that while the information priorities of public health professionals are important, ethical and credible information sharing also requires consideration of broader issues related to public trust.

To promote trust, public health institutions must develop truth telling relationships with the communities they serve and be genuinely responsive to what people themselves want to know about tobacco and nicotine products.

What do we really know about e-cigarettes and vaping?

E-cigarettes get teenagers hooked on nicotine. Or they aid cigarette smokers seeking to quit. Or they may be harmful in other ways. Those competing messages make the devices a tricky subject for health communicators, says Cabral Bigman, a professor of communication at the University of Illinois at Urbana-Champaign whose research focuses on health communication issues around vaping.

What does the research say regarding public attitudes or beliefs around e-cigarettes? And how do those jibe with what we know?

Some people see the risks from vaping as similar to, or even greater than, smoking. However, it is more common for people to think that vaping or exposure to secondhand vapor is less harmful.

Current research suggests that vaping is less harmful overall than smoking. But less harmful doesn’t necessarily mean no harm. The truth is that there isn’t yet a good sense of the long-term effects of vaping or exposure to secondhand vapor or aerosol. The science is still evolving.

Some experts see e-cigarettes as a promising harm-reduction strategy for smokers. There is emerging evidence that under certain circumstances e-cigarettes may help with quitting smoking. One example is a UK study published in January in The New England Journal of Medicine, which found that counseling combined with the use of e-cigarettes was more effective than other nicotine-replacement methods combined with counseling.

However, it is worth noting that the US Food and Drug Administration has not specifically approved e-cigarettes for quitting smoking; there are alternative nicotine-replacement strategies that have a more established track record.

In the UK study, most of the people who quit smoking with e-cigarettes were still vaping when researchers followed up with them a year later. That wasn’t the case for the other methods. So there may be risks and benefits to using e-cigarettes for this purpose.

A separate concern is that young people who aren’t smokers are trying out vaping and putting themselves at increased risk from nicotine and potentially harmful chemicals. One of the most popular e-cigarette products right now contains a lot more nicotine per pod than a regular cigarette and therefore poses a risk of addiction, but people don’t always realize that.

Overall, e-cigarettes are relatively untested products that have substantial variability in the kinds of chemicals they contain and how they work. At this point, there isn’t a clear picture of what the long-term health impacts will be, including those from specific kinds of e-cigarette technologies and flavours.

Some of your studies in this area have looked at the willingness of individuals to speak up about others’ cigarette smoking versus e-cigarette vaping in public venues. What have you found?

Based on our survey of US adults, my colleagues and I found that Americans are more willing to speak up and object to other people smoking than to other people vaping in public placessuch as restaurants, bars and parks.

For example, about 50 percent of the participants in our survey said they would ask someone not to smoke in a restaurant if they couldn’t move away from the smoke, but only about 16 percent said the same about vaping.

Those findings make sense since, as I mentioned, Americans tend to see vaping as less risky than smoking. We found that people who saw vaping as harmful to their health were generally more supportive of regulations to restrict it in public venues and to say they would speak up about it.

Why is this research important?

We are at a point right now where policy-makers are putting a variety of tobacco-related policies into place across the US. Some policies, like the smoke-free policy on the Illinois campus, include vaping restrictions.

This research helps us understand public opinion about vaping. It also suggests that we shouldn’t necessarily expect that individuals will speak up or enforce these smoke-free policies on their own, which could make those policies less effective.

Based on what we know and don’t know about the health risks of e-cigarettes, what are the marketing messages that most concern you?

I’m most concerned about messages that appeal – intentionally or unintentionally – to children and adolescents, especially when those messages are misleading. The number of teens reporting e-cigarette use increased substantially in the last year. The US surgeon general recently called use of e-cigarettes among youth an epidemic.

As for countering this trend, it is encouraging to see policy-makers starting to take action, particularly because there is evidence of public support for policies that help curb access to, and the appeal of, e-cigarettes among children and teens.

Given the communication challenges in this area, it is important to have the facts – especially in an era when unreliable health information can proliferate on the internet and on social media.

I would encourage people to seek out credible sources like the Centers for Disease Control and Prevention to learn more about e-cigarettes, the risks of vaping for kids and young adults, and strategies for quitting smoking.