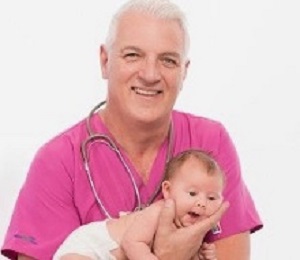 With the crisis in obstetrics in South Africa there is no doubt that there should and now will be more focus on midwife deliveries for low-risk patients, writes Sydney Grové, general manager of Origin Family-Centred Maternity Hospital in Parow, on the eve of International Day of the Midwife.

Pregnant clients who are low risk can be delivered by a well-trained midwife, who acts within her or his scope of practice.

S/he can refer them to a gynaecologist – who is a specialist – once that borderline of scope of practice has been reached. In other words, if the delivery becomes complicated, when assisted delivery is required, and-or when a caesarean is needed.

At Origin Family-Centred Maternity Hospital we specialise in a maternity care model found nowhere else in South Africa, where midwives and obstetricians work hand in hand.

We are trail-blazing a new direction for midwives, with a different model of maternity care, through which we can ultimately lower the c-section rate. Then with more research and evidence-based practice on hand, we can hopefully convince insurance companies to lower their indemnity insurance rates.

The Minister of Health says that 85% of caesarean sections are for-profit, and he wants to put an end to that.

There are approximately 900 gynaecologists registered in SA, and I have heard that more than 40% of them have stopped practising obstetrics since the indemnity insurance increases in January. Who will be looking after the high-risk pregnant women and doing the emergency c-sections if we don’t have enough obstetricians?

We are very sympathetic with gynaecologists in terms of the excessive professional indemnity they have to pay. However, gynaecologists have a reputation, because of the pressure they are under, of using more medical intervention – which can possibly lead to caesarean section.

If a midwife looks after the woman in labour, and there is no unnecessary (let me stress unnecessary) interference, then the woman may have the opportunity to have an uncomplicated, unassisted vaginal birth.

Internationally it is known that midwives are the experts in natural birth. A Cochrane Review of 15 studies on 17,674 women using professionally qualified midwives found that women who received midwife-led continuity of care were less likely to have an epidural.

In addition, fewer women had episiotomies or instrumental births. Women’s chances of a spontaneous vaginal birth were also increased and there was no difference in the number of caesarean births. Women were less likely to experience preterm birth, and they were also at a lower risk of losing their babies.

In addition, women were more likely to be cared for in labour by midwives they already knew. They were also more likely to initiate breastfeeding, and to have a shorter length of hospital stay.

I see midwives taking on an even more important role in South Africa, especially when it comes to looking after low-risk deliveries – one of many reasons why Origin Family-Centred Maternity Hospital was established.

The bottom line is – there will always be pregnancies and babies coming along. That is a fact. If gynaecologists are getting fewer and fewer, the only people that can step into the breach will be midwives in private practice or in public hospitals and midwife obstetric units.

In the Western Cape certainly most babies (82%) that are born to low-risk women are delivered by midwives.

South Africa needs to address the shortage of members of both its medical and nursing professions, and needs to open more colleges for training or to reopen the colleges now standing vacant. My advice to the powers that be is that we need to invest nationally now – before we end up having to invest internationally. It is evident that we are already in trouble.

We need to mentor young midwives to make sure that they are skilled sufficiently for today and the future, and we simply do not have enough dedicated people in the profession to do this.

Midwives must come back into the profession and make a contribution, so that everybody works in synergy together with the overall goal that nurses and midwives must come back to the bedside of the patient, particularly in obstetrics, to be the eyes and ears of for those specialist obstetricians and gynaecologists who currently fear leaving their patients in labour.

Of utmost importance to me is that we all need to change our attitudes and work together – that is, government services and private health care – and not in isolation from each other.

The obstetric model in South Africa has failed and we cannot afford this state of affairs any longer. A summit should be held to discuss this as soon as possible.

* Sydney Grové is general manager of Origin Family-Centred Maternity Hospital in Panorama, Parow. During his career he has delivered close to 24 000 babies as an advanced and clinical accoucheur (male midwife) specialist, across South Africa and internationally. Contact him on 074 101 6704 or email sydney.grove@omhs.co.za

No filming — or dying — without KZN Health's 'official authorisation'