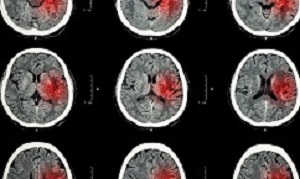 People who worked long hours had a higher risk of stroke, especially if they worked those hours for 10 years or more, according to research. Researchers reviewed data from CONSTANCES (Cohorte des Consultants des Centres d'Examens de Santé), a French population-based study group started in 2012, for information on age (18-69), sex, smoking and work hours derived from questionnaires from 143,592 participants. Cardiovascular risk factors and previous stroke occurrences were noted from separate medical interviews.

Long work hours were defined as working more than 10 hours for at least 50 days per year. Part-time workers and those who suffered strokes before working long hours were excluded from the study.

"The association between 10 years of long work hours and stroke seemed stronger for people under the age of 50," said study author Dr Alexis Descatha, a researcher at Paris Hospital, Versailles and Angers University and at the French National Institute of Health and Medical Research (Inserm). "This was unexpected. Further research is needed to explore this finding.

"I would also emphasize that many healthcare providers work much more than the definition of long working hours and may also be at higher risk of stroke," Descatha said.

"As a clinician, I will advise my patients to work more efficiently and plan to follow my own advice."

Previous studies noted a smaller effect of long work hours among business owners, CEOs, farmers, professionals and managers. Researchers noted that it might be because those groups generally have greater decision latitude than other workers. In addition, other studies have suggested that irregular shifts, night work and job strain may be responsible for unhealthy work conditions.

Abstract
Background and Purpose: Long working hours (LWHs) are a potential risk factor for stroke. The aim of this study was to investigate this association in a large general population cohort.
Methods: We used the French population-based cohort, CONSTANCES (Cohorte des Consultants des Centres d'Examens de Santé), to retrieve information on age, sex, smoking, and working hours from the baseline, self-administered questionnaire. Other cardiovascular risk factors and previous occurrence of stroke were taken from a parallel medical interview. We defined LWH as working time >10 hours daily for at least 50 days per year. Participants with primarily part-time jobs were excluded as were those with stroke before LWH exposure. We used logistic models to estimate the association between LWH and stroke, stratified by age, sex, and occupation. In additional modeling, we excluded subjects whose stroke occurred within 5 years of the first reported work exposure.
Results: Among the 143 592 participants in the analyses, there were 1224 (0.9%) strokes, 42 542 (29.6%) reported LWH, and 14 481 (10.1%) reported LWH for 10 years or more. LWH was associated with an increased risk of stroke: adjusted odds ratio of 1.29 (95% CI, 1.11–1.49). Being exposed to LWH for 10 years or more was more strongly associated with stroke, adjusted odds ratio of 1.45 (95% CI, 1.21–1.74). The association showed no differences between men and women but was stronger in white-collar workers under 50 years of age.
Conclusions: This large analysis reveals a significant association between stroke and exposure to LWH for 10 years or more. The findings are relevant for individual and global prevention.