HomeA FocusBeginning of the end for SAMA as Western Cape branch suspended?
A FocusRegulatory

Beginning of the end for SAMA as Western Cape branch suspended? 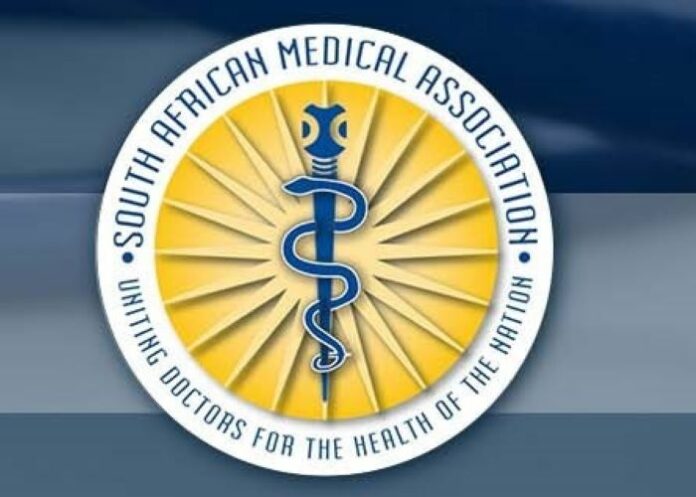 The  South African Medical Association (SAMA) board has suspended its Western Cape branch amid charges and counter charges of suspicious and irregular conduct, with former leaders of the body saying this might be the demise of the 96-year-old, 11,000-member doctor association.

The body was originally established to champion the professional interests of the country’s increasingly beleaguered professionals, reports Mail & Guardian.

A SAMA union offshoot, the South African Medical Association Trade Union (SAMATU), had applied in March this year to have SAMA legally wound up after failing to arrogate public sector doctors’ membership deductions to their account.

The crux of the branch’s issues is the legitimacy of the SAMA board, whose tenure ended in October last year – without renewal or re-election via SAMA’s national council, comprising 80 representatives from all branches, special interest groups and senior doctors.

The board cites the Companies Act, which it claims legally precludes the national council from democratically electing it. Both sides have taken legal advice. The lengthy internal feud came to a head last week when the board threatened to criminally charge the Western Cape branch for using its budget to obtain legal advice on the legitimacy of the board.

Says one veteran Western Cape branch source: “I think SAMA as an association is all but gone. It exists in name only, and the people responsible for its demise are sitting in office.”
He said the Western Cape branch’s legal opinion from Weber-Wentzel, backed by a top UCT law professor, was that SAMA’s 2014 memorandum of incorporation (MOI) precluded the board from constituting itself without the approval of an annual general meeting (AGM) and the council — or summarily co-opting board members after resignations.

The board had failed to garner sufficient support for a new iteration of the MOI at an online AGM earlier this year and was now victimising the Western Cape branch.

The wider context is the registration of SAMA trade union SAMATU in 2014 and a subsequent battle for the heart and soul of SAMA, registered as a non-profit organisation (NPO) guarding professional interests of members.

SAMA, writes the Mail & Guardian, has historically looked after its public sector members’ interests, but has little influence at the bargaining council where its membership numbers preclude it having a seat, forcing it to rely on the more populous Democratic Nursing Association (Denosa) for representation.

One Mail & Guardian source, a SAMA veteran and suspended Western Cape branch member, said: “It all goes back to whether the directors act on behalf of SAMATU or SAMA.”

Dr Angelique Coetzee, former chairperson of SAMA and a pivotal figure in the controversy, resigned in February after controversially airing her views on racial admittance criteria at medical schools. The board banned her from granting further media interviews and portrayed her as having apologised — but she told M&G there were other reasons behind her leaving.

“SAMA’s company secretary (and the board) insist they can co-opt people if they need certain skills, but they cannot answer the burning question as to what skills each of the latest three new members brings, let alone whether it’s legitimate,” she said.

Coetzee claims that SAMA’s chair of finance, Dr Mzulungile Nodikida, persuaded the board to invest in an Mthatha gym with which he was “personally involved with” and inferred that at least one of the new co-opted board members had a dubious history in eThekwini’s tumultuous civic politics.

Another former SAMA chairperson, Dr Mzukisi Grootboom, said: “One of the problems with the medical profession in general is the toxic wider South African politics – you have to be very careful.”

He said the central problem was that “SAMA is a registered NPO that co-opts its board members instead of having annual elections via the membership” and he agreed that an analogy would be cadre deployment with little public accountability.

Dr Marmol Stoltz, a veteran Western Cape branch member and former chair of SAMA’s constitutional matters committee, said: “SAMA always had a trade union arm that did all trade union work for members in the public sector. A few years back when Dr Phophi Ramathuba (now MEC for Health in Limpopo Province) served on the board, she helped set up SAMATU in efforts to affiliate SAMA public sector members to the bigger union groups like Cosatu.

“A few members then decided SAMA was ‘stealing’ membership fees and took us to the Labour Court, using Angelique Coetzee who had suspended some of them. Having created a separate entity, (SAMATU), they said they needed money. The Labour Court ruled in favour of them, but this was later overturned by the High Court. Some of the SAMATU crew are still on the SAMA board and are now trying to hi-jack SAMA, which they’ve all but financially ruined.”

She said during her time on the board there was “a lot of misappropriation of membership fees”.

SAMA chairperson, Dr Mvuyisi Mzukwa said: “I cannot comment on the branch suspension as our lawyers and theirs are involved in mediation.”

He confirmed SAMATU was currently under administration and would be going to their congress shortly to elect leadership.

“A court process separated SAMA from SAMATU. The Labour Court originally ruled that SAMA members paying fees via Persal (the state salary system) were actually SAMATU members. SAMATU then applied to the High Court to have SAMA dissolved but this was dismissed with the judge ruling that SAMA members needed to actually sign a SAMATU membership form, which was not done. The issue was that members signed up as SAMA members, regardless of whether they were employed by the state or not. The court ruled that members need to be informed if they’re joining a trade union,” he asserted.

Mzukwa, an eThekwini GP, said SAMA and SAMATU worked under different jurisdictions; the former under the Companies Act and the latter under the Labour Relations Act. Responding to claims that some of the SAMA board members were SAMATU-aligned, he said,

“There’s nothing precluding people from joining SAMATU according to the MOI. We don’t view SAMATU as our enemy. If there’s any conflict for a board member, they must declare their affiliation — and nobody has done that.”

Mzukwa said he and Nodikida were directors of SAMA’s revenue generating vehicle, Cape Properties, and had spent R2m of SAMA funds buying and equipping a gym “space” in the BT Ngebs City mall in Mthatha.

“It’s part of SAMA’s diversification, in this case into a fitness and wellness centre. We have no personal shares in it. The plan was presented to the board and it’s no secret. The guys who owned it before were struggling, perhaps because of COVID. We had it running again by April. It’s not yet turning a profit, but we expect it to,” he said.

SAMA averts liquidation by its union over R307m

SAMA faces winding-up application over R370m dispute with its union