Biden administration wants boosters for most people 8 months after vaccination 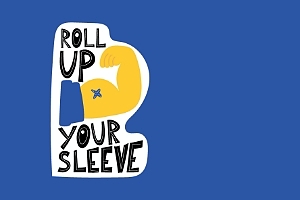 US President Joe Biden's administration has decided that most Americans should get a coronavirus booster vaccination eight months after they received their second shot, and could begin offering third shots as early as the third week of September, according to officials quoted in The New York Times.

Late last week, the US Food and Drug Administration authorised third doses of the Pfizer-BioNTech and Moderna vaccines for certain people with weakened immune systems, and the Centers for Disease Control recommended them. And Pfizer-BioNTech has submitted an application to the FDA for approval of a third dose.

The World Health Organization has called for a moratorium on booster shots until the end of September, saying available doses should be used to help countries that are far behind in vaccinations. But Israel is already offering third shots to those at least 50 years old. Germany and France have said they plan to offer additional shots to vulnerable segments of their populations next month.

The goal is to let Americans, who received the Pfizer-BioNTech or Moderna vaccines, know they will need additional protection against the Delta variant, which is causing cases to surge across the nation. But the new policy will depend on the FDA authorising the additional shots.

Recipients of the Johnson & Johnson (J&J) vaccine, authorised as a one-dose regimen, will probably also require an additional dose, the officials said. But they are waiting for results, expected this month, from a clinical trial that provided participants with two doses. So far, only about 14 million people in the United States have received the J&J shot, which the government began offering in March. The first Pfizer and Moderna vaccines were given in December.

The first boosters would probably go to nursing home residents, healthcare workers and emergency workers, who were the first to be vaccinated last winter. They would possibly be followed by other older people, then by the general population. Officials envision giving people the same vaccine they originally received.

Some five million people in the US — everyone who got two doses of Pfizer or Moderna vaccine by the end of January — would be eligible for boosters by late September under the plan. In all, more than 90 million people in the country have been fully vaccinated with Pfizerʼs product, and more than 64 million with Modernaʼs. But about 40% of the population has still not had even a first dose.

The announcement comes as the government struggles to regain control of a pandemic it claimed to have tamed little more than a month ago, writes the New York Times.

Biden had declared the nation reopened for normal life for the 4 July holiday, but the wildfire spread of the Delta variant has thwarted that. COVID-19 patients are again overwhelming hospitals in some states, and officials are worried about an increase in the number of children hospitalised just as the school year is set to begin.

Hospitals  and doctors generally support the push for booster shots. Unlike the vaccination campaign that began last winter, they said, this time there will be enough doses to go around.

The US has more than 100 million doses stockpiled that could be used for boosters, plus the tens of millions more in freezers at pharmacies and other locations. More supplies are scheduled for delivery shortly, and officials are not worried about running out.

Federal health officials are particularly concerned about data from Israel suggesting that the Pfizer-BioNTech vaccineʼs protection against severe disease has fallen significantly for elderly people who got their second shot in January or February. Israel can, in some ways, be viewed as a template for the United States because it vaccinated more of its population faster and has almost exclusively used the Pfizer-BioNTech vaccine that made up much of the US stock. Unlike the US, though, Israel has a nationalised health care system allowing it to systematically track patients.

The latest Israeli data, posted on the governmentʼs website, show what some experts described as continued erosion of the efficacy of the Pfizer vaccine against mild or asymptomatic COVID-19 infections in general and against severe disease among the elderly who were vaccinated early in the year.

It is not clear how quickly the FDA could rule on booster shots. An advisory committee on vaccines for the CDC would need to review the data on boosters before the CDC can recommend them.

Late last week, the FDA authorised third doses of the Pfizer and Moderna vaccines for certain people with weakened immune systems, and the CDC recommended them. The authorities decided those individuals, who make up fewer than three percent of Americans, merited extra shots because many fail to respond to the standard dosage. The agency has not yet authorised vaccines for children under 12.