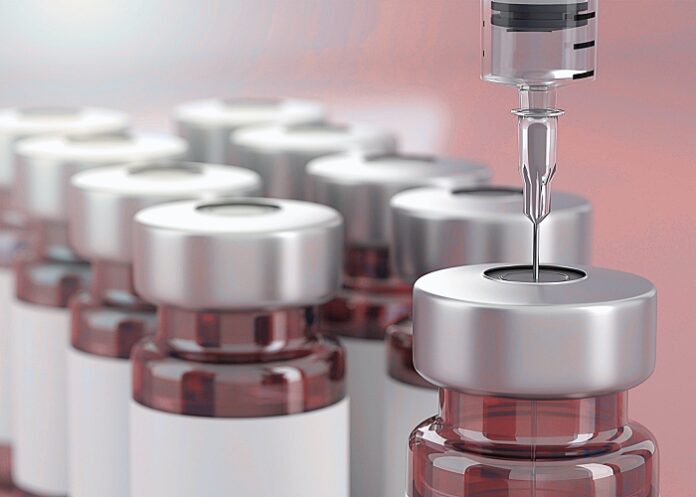 The Johnson & Johnson (J&J) vaccine, which was extensively and successfully tested in South Africa’s Sisonke Trial among health workers, has been downgraded by the influential US Centers for Disease Control and Prevention (CDC) as a third choice behind the Pfizer and Moderna vaccines, writes MedicalBrief.

The Moderna vaccination is not available in SA. The SA Health Products Regulatory Authority (SAHPRA) has not yet responded publicly to the CDC decision.

Aspen Pharmacare, SAʼs biggest pharmaceutical manufacturer, earlier this month signed a groundbreaking agreement with J&J to produce its COVID-19 vaccines under licence in South Africa and under its own branded name, Aspenovax.

The US decision, made on 16 December, is likely to worsen vaccine hesitancy among a large unvaccinated populace that the Department of Health is struggling to convince to get a jab, is over rare incidents of blood clots and low blood platelet levels following the J&J vaccination. In the US, the CDC confirmed 54 cases, all of whom were hospitalised, and of which nine people died and 36 were treated in intensive care.

The US has administered more than 17m J&J doses since the FDA authorised the shot on an emergency basis in February. Overall, 3.8 TTS cases were reported per million doses administered, according to the CDC. The rates were highest among women 30 to 49 years old.

The CDC’s expert vaccine panel, the Advisory Committee on Immunization Practices, voted unanimously in favour of the recommendation, delivering another blow to confidence in the J&J vaccine. The US briefly paused administration of the shots in April when TTS cases first started emerging.

The CDC said the US has an abundant supply of Pfizer and Moderna vaccines and that those people unwilling or unable to receive Pfizer and Moderna shots would still have access to the J&J vaccine. Panel experts said the J&J shot could still be used by people who might have allergic reactions to the Pfizer or Moderna vaccines, or for someone who doesn’t have access to any other shot.

“The TTS case reporting rates after Janssen vaccines is higher than previous estimates in men as well as women in a wider age range,” Dr Keipp Talbot, chair of the CDC’s vaccine and safety subgroup, told the advisory panel. Janssen is J&J’s vaccines division.

Seven of the patients who died were women and two were men, with a median age of 45. Most of the people who died had underlying health conditions such as obesity, hypertension and diabetes. The death reporting rate was 0.57 fatalities per million doses administered, according to the CDC.

“We’ve been struck on reviewing these cases by how rapidly patient status deteriorates and results in death,” Dr Isaac See of the CDC’s vaccine safety team told the advisory panel.

J&Jʼs Penny Heaton, global therapeutics area head for vaccines, defended the companyʼs shot during the meeting, saying it “is saving lives here in the USA and on every continent around the globe”.

“Itʼs easy to store and transport,” Heaton said. “In many low- and middle-income countries, our vaccine is the most important and sometimes the only option. Even in the US, given its durable protection it may be the preferred choice for people who canʼt or wonʼt return for multiple vaccinations.”

CDC decided not to pull the vaccine altogether

Though the CDC panelʼs recommendation was unanimous, some members grappled with the vote, reports MedPage Today. The vaccine experts also could have recommended pulling the shot altogether or limiting it to certain age or demographic groups.

Dr Pablo Sanchez, a professor of paediatrics at Ohio State University, said he was not recommending the J&J shot for any of his patients, though he ultimately voted for the panelʼs motion. “I just cannot recommend a vaccine that is associated with a condition that may lead to death,” Sanchez told the committee. “I am not recommending it to any of my patientsʼ parents.”

However, members also had to weigh the full risks and benefits of their recommendation. Limiting the J&J vaccine to adults 50 and older, for example, would remove the shot as an option for young men who are at risk of developing a rare heart condition called myocarditis associated with the Pfizer and Moderna shots.

And pulling the J&J vaccine altogether could deliver a blow to the shot worldwide. J&J has said the vaccine is easier to distribute to hard-to-reach communities not just in the US, but worldwide because it is a single dose, reducing logistical hurdles compared with the two-dose vaccines.

“I believe that we should really keep in mind that our decision does or likely will have a global impact,” said Dr Oliver Brooks, the chief medical officer at Watts Healthcare in California.

According to the BBC, a number of panellists warned against removing J&J as an option entirely, particularly at a time when US public health officials are trying to vaccinate the country's remaining unvaccinated residents.

“It's really important, though, that we not completely eliminate this vaccine," said Dr Jason Goldman, an assistant professor of clinical biomedical science at Florida Atlantic University.

In April, the FDA and the CDC briefly halted the use of J&J’s single-shot vaccine, after six women developed blood clots and low blood platelet levels at the same time. A week later, the FDA and the CDC lifted the pause after the independent advisory panel said the benefits of the shots outweighed the risks. The panel at the time did not recommend restricting the shots by age or gender. It did propose that the FDA add a warning label for women younger than 50.

The FDA has told healthcare providers that they shouldnʼt administer a J&J booster to people with a history of developing TTS after the first shot. The FDA also said the J&J shot should not be administered to people who received AstraZenecaʼs vaccine, though AstraZeneca is not authorised for use in the US.

The CDC said no TTS cases have been identified in people who have received J&J booster doses, though the number of boosters is relatively small.

“Currently available evidence supports a causal relationship between TTS and the Janssen COVID-19 Vaccine,” the FDA said in the fact sheet for healthcare providers.

In October, the FDA and CDC authorised J&J boosters for all adults at least two months after their initial J&J shot. More than 800,000 people have received J&J boosters, according to CDC data. People who received their primary vaccination with the J&J shot can also get their booster with a Pfizer or Moderna vaccine.

The J&J shot was found in the Sisonke Implementation Study, the first real-world test of its efficacy against the Delta variant ravaging much of the world, had up to 95% against death and up to 71% against hospitalisation from the Delta variant, reported Professor Glenda Gray and Professor Linda-Gail Bekker in August. There was 67% protection against hospitalisation with the Beta variant.

The Sisonke study recorded only two cases of the rare clotting disorder associated with the J&J vaccine but both participants made a complete recovery. At that stage, around 1.8 million South Africans has been vaccinated with the one-shot J&J jab, while 6.7 million have received their first injection of the two-dose Pfizer vaccine.

The J&J vaccine demonstrated around 65% protection against hospitalisation for up to eight months.

The Sisonke trial evaluated the J&J vaccine in over 477,000 healthcare workers, who are at high risk of COVID-19, from 120 sites in both rural and urban areas between 17 February and 17 of May. The data have not yet been peer-reviewed.

The J&J shot probably more protective against dominant Delta than it was with the earlier Beta strain, said Gray, who is co-principal investigator of the study and president of SA Medical Research Council. She said the findings showed “remarkable protection” against hospitalisation and death.

“We believe this vaccine is doing what it was designed to do: to stop people going to hospital and ending up in ICUs and dying,” said Bekker, who is co-lead of the study and director of the Desmond Tutu HIV Centre at the University of Cape Town.

The results suggest those who have received one dose of the J&J vaccine donʼt need a booster shot, she said. In the rare cases when breakthrough infections did occur, around 96% of these were mild, 3% moderate, less than 0.05% severe and less than 0.05% resulted in deaths.