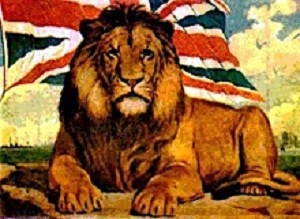 The likelihood that a woman in sub-Saharan Africa has HIV today is linked to whether her country was once colonised by Britain or a continental European country, a study has found. Siwan Anderson, a professor at the Vancouver School of Economics, hypothesised that “weaker marital property rights” in common law countries “make women less able to negotiate safe sex with their husbands.” She found that HIV rates among women are significantly higher in sub-Saharan African countries that adhere to common law rather than civil law – a difference that depends on which European countries once colonised them.

Worldwide, there were 36.7m people living with HIV in 2016, according to the latest data available from the Joint United Nations Programme on HIV/AIDS (UNAIDS). Of those, 17.8m were women aged 15 and older. Approximately 80% of those women live in sub-Saharan Africa, Anderson writes, “Uniquely, it is the only place in the world where more women than men live with HIV,” Anderson writes.

Sub-Saharan African women aged 15–49 are, on average, three times more likely than men to be infected with HIV, she writes in her study.

Most African nations used to be colonised by European nations, which adhered to systems based on either civil or common law. The British colonies had a system of common law, while civil law was the law of the land in countries colonised by France, Portugal, Spain, Italy and Belgium.

As Anderson explains in her paper, both civil and common law systems in Europe evolved a great deal in the 1960s – specifically with regard to family law. In short, the European systems were updated to give more rights to women.

But here’s the thing: The 1960s were also when many African countries were gaining independence, meaning they were not subject to the legal updates of their former colonists. “The discussions and changes occurring in their former colonists with regards to family law were not paralleled on the African continent,” Anderson writes. Rather, with regard to rules regarding marital property, the African countries held on to the old rules.

“The traditionally advantageous treatment of women under civil versus common law regarding marital property has since been largely eroded in Western industrialised countries,” Anderson writes. “This is decidedly not the case in Africa. There, women have unambiguously weaker marital property rights in common law countries.”

Under traditional common law, women do not retain any rights to marital property (like a house or farm) if the marriage dissolves. Civil law, on the other hand, “gives explicit protection to wives upon marital dissolution, typically splitting all martial property equally,” Anderson writes. “As a result, women in these common law countries have lower bargaining power within the household and are less able to negotiate safe sex practices and are thus more vulnerable to HIV, compared to their civil law counterparts.”

To gauge whether this vulnerability was linked to higher rates of HIV, Anderson looked at data from the Demographic and Health Surveys Programme, which collects population and health data – including reported contraception use and the results of HIV blood tests – from individuals in more than 90 countries. The studied sample included data from 308,000 women and 190,000 men across 25 sub-Saharan African countries. The dates for the surveys in the study spanned from 2000 to 2017.

Asked about the policy implications of the research, Anderson said that “the most important is legal reform to better protect women in the case of divorce or dissolution of marriage.”

Executive summary
More than one-half of all people living with HIV are women and 80 percent of all HIV-positive women in the world live in sub-Saharan Africa. This paper demonstrates that the legal origins of these formerly colonized countries significantly determine current-day female HIV rates. In particular, female HIV rates are significantly higher in common law sub-Saharan African countries compared to civil law ones. This paper explains this relationship by focusing on differences in female property rights under the two codes of law. In sub-Saharan Africa, common law is associated with weaker female marital property laws. As a result, women in these common law countries have lower bargaining power within the household and are less able to negotiate safe sex practices and are thus more vulnerable to HIV, compared to their civil law counterparts. Exploiting the fact that some ethnic groups in sub-Saharan Africa cross country borders with different legal systems, we are able to include ethnicity fixed effects into a regression discontinuity approach. This allows us to control for a large set of cultural, geographical, and environmental factors that could be confounding the estimates. The results of this paper are consistent with gender inequality (the “feminization” of AIDS), explaining much of its prevalence in sub-Saharan Africa.