Cannabis addiction linked to altered connectivity in the brain’s striatum 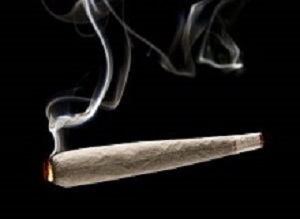 New neuroimaging research published in Human Brain Mapping suggests that cannabis use disorder is associated with specific changes in the functional connectivity of the brain, writes Eric W Dolan for PsyPost.

The study found people who meet the clinical criteria for cannabis dependence tended to have a shift in the balance of communication between two brain regions, an alteration which has previously been implicated in addiction.

“Substance addiction is a major health issue and we observe increasing treatment demand for problematic substance use patterns, including cannabis addiction,” said study author Benjamin Beckerof the University of Electronic Science and Technology of China.

“The transition from voluntary to addictive and compulsive substance use is characterized by a loss of regulatory control in favor of reward driven behavior. Overarching addiction models propose that this process is driven by neural changes in the motivational circuits of the brain.”

“The striatum, a subcortical structure in the basal ganglia, lies at the heart of this circuitry. However, the striatum is not a single homologous structure but includes several subdivisions that have different functions and different connections with regions in the frontal cortex,” Becker explained.

“Most commonly the ventral striatum, connected to regions engaged in reward and reinforcement, and the dorsal striatum, strongly connected to regions engaged in regulatory control are differentiated. Sophisticated animal models of addiction suggest that the loss of control that characterizes addiction is accompanied by a shift of behavioral control between these regions.”

“I was considering examining this relative shift in humans for quite some time — however, until recently we were lacking an appropriate methodological approach,” Becker said.

The participants were considered cannabis dependent after a clinical interview conducted by a trained psychologist, which was based on criteria from the Diagnostic and Statistical Manual of Mental Disorders, Fifth Edition.

Becker and his colleagues found that cannabis dependence was associated an altered pattern of connectivity between the ventral striatum and the dorsal striatum. They also observed alterations in the nucleus accumbens and caudate nucleus, regions of the brain linked to reward processing and executive control, respectively.

“Although the majority of recreational cannabis users will not develop an addiction, some will develop escalating and addictive patterns of use. The loss of control over their behavior may be rooted in a similar shift in striatal control over behavior as previously demonstrated in animal models,” Becker told PsyPost.

“In previous studies it has been shown that several alterations in cannabis users, including some cognitive impairments and brain alterations, normalize after 2-3 weeks of abstinence. Importantly, our participants abstained from cannabis for 28 days before we measured their brain activity, suggesting that the observed changes represent long-term changes in the intrinsic functional wiring of the motivational circuits of the brain.”

“In this study we only included men. Given that more and more studies report sex-differences in addiction and associated brain changes future studies need to show that the findings generalize to women with cannabis addiction. Moreover, it would be highly interesting to examine whether similar changes occur in non-substance addictions such as pathological gambling or internet gaming disorder,” Becker said.

The transition from voluntary to addictive behavior is characterized by a loss of regulatory control in favor of reward driven behavior. Animal models indicate that this process is neurally underpinned by a shift in ventral-dorsal striatal control of behavior; however, this shift has not been directly examined in humans.

Network classification revealed that the groups can be reliably discriminated by global connectivity profiles of two striatal regions that mapped onto the ventral (nucleus accumbens) and dorsal striatum (caudate).

Specifically, in the cannabis‐dependent subjects, connectivity between the ventral striatum with the rostral ACC increased, whereas both striatal regions were uncoupled from the regulatory dorsomedial PFC. Together, these findings suggest a shift in the balance between dorsal and ventral striatal control in cannabis dependence.

Similar changes have been observed in animal models and may promote the loss of control central to addictive behavior.