Cannabis use may be associated with suicidality in young adults – NIH 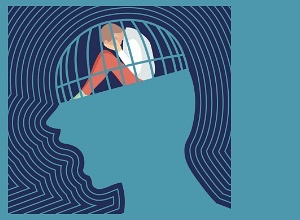 An analysis in the United States of survey data from more than 280,000 young adults ages 18-35 showed that cannabis use was associated with increased risks of thoughts of suicide (suicidal ideation), suicide plan and suicide attempt, reports the National Institutes of Health.

These associations remained regardless of whether someone was also experiencing depression, and the risks were greater for women than for men.

“While we cannot establish that cannabis use caused the increased suicidality we observed in this study, these associations warrant further research, especially given the great burden of suicide on young adults,” said NIDA Director Dr Nora Volkow, senior author of this study.

“As we better understand the relationship between cannabis use, depression, and suicidality, clinicians will be able to provide better guidance and care to patients.”

Over the same time span, the number of adults with depression also increased, as did the number of people who reported suicidal ideation or plan or who died by suicide. To date, however, the relationship between trends in cannabis use and suicidality is not well understood.

The current study sought to fill this gap. For their analysis, NIDA researchers examined data from the 2008-2019 National Surveys on Drug Use and Health.

NSDUH, which is conducted annually by the Substance Abuse and Mental Health Services Administration, collects nationally representative data among the US civilian, non-institutionalised population age 12 or older on cannabis use and use disorder, depression, suicidality and other behavioural health indicators.

In addition to determining the associations between these factors, the researchers examined whether the associations varied by gender. They examined data from 281,650 young adults ages 18 to 35 years – the age range when most substance use and mood disorders emerge – with an almost even number of women and men.

To determine the presence of depression, they assessed the prevalence of major depressive episodes based on specific diagnostic criteria measured through the survey. To identify suicidality trends, the investigators separately assessed the trends in the prevalence of past-year suicidal ideation, plan, and attempt as reported in the 2008-2019 NSDUH surveys.

The results of the study indicated that even people who used cannabis nondaily, fewer than 300 days a year, were more likely to have suicidal ideation and to plan or attempt suicide than those who did not use the drug at all. These associations remained regardless of whether someone was also experiencing depression.

Similar trends existed for the associations between different levels of cannabis use and suicide plan or attempt.

Moreover, the researchers found that women who used cannabis at any level were more likely to have suicidal ideation or report a suicide plan or attempt than men with the same levels of cannabis use.

For example, among individuals without major depressive episode, the prevalence of suicidal ideation for those with vs. without a cannabis use disorder was 13.9% vs. 3.5% among women and 9.9% vs. 3.0% among men.

Among individuals with both cannabis use disorder and major depressive episode, the prevalence of past-year suicide plan was 52% higher for women (23.7%) than men (15.6%).

“Suicide is a leading cause of death among young adults in the United States, and the findings of this study offer important information that may help us reduce this risk,” explained lead author Dr Beth Han from NIDA.

“Depression and cannabis use disorder are treatable conditions, and cannabis use can be modified. Through better understanding the associations of different risk factors for suicidality, we hope to offer new targets for prevention and intervention in individuals that we know may be at high-risk. These findings also underscore the importance of tailoring interventions in a way that take sex and gender into account.”

Published as an Original Investigation – Psychiatry – on JAMA Open Network on 22 June 2021.

During the past decade, cannabis use among US adults has increased markedly, with a parallel increase in suicidality (ideation, plan, attempt, and death). However, associations between cannabis use and suicidality among young adults are poorly understood.

To determine whether cannabis use and cannabis use disorder (CUD) are associated with a higher prevalence of suicidality among young adults with or without depression and to assess whether these associations vary by sex.

This survey study examined data from 281 650 adults aged 18 to 34 years who participated in the National Surveys on Drug Use and Health. Data were collected from 1 January 2008, to 31 December 2019.

Prevalence of past-year daily or near-daily cannabis use (≥300 days in the past year), CUD, and major depressive episode (MDE). Past-year CUD and MDE were based on DSM-IV diagnostic criteria.

Past-year CUD, daily cannabis use, and nondaily cannabis use were associated with a higher prevalence of past-year suicidal ideation, plan, and attempt in both sexes (eg, among individuals without MDE, prevalence of suicidal ideation for those with vs without CUD was 13.9% vs 3.5% among women and 9.9% vs 3.0% among men; P < .001), but significantly more so in women than men (eg, suicide plan among those with CUD and MDE was 52% higher for women [23.7%] than men [15.6%]; P < .001).

From 2008 to 2019, suicidal ideation, plan, and attempt increased 40% to 60% over increases ascribed to cannabis use and MDE. Future research is needed to examine this increase in suicidality and to determine whether it is due to cannabis use or overlapping risk factors.

Cannabis abuse by US youth with mood disorders linked to self-harm, death

Adolescent cannabis use associated with other health risk behaviours – CDC

Cannabis can raise – or lower – depression risk among adolescents

Alternative tobacco products ‘should be for smokers only’