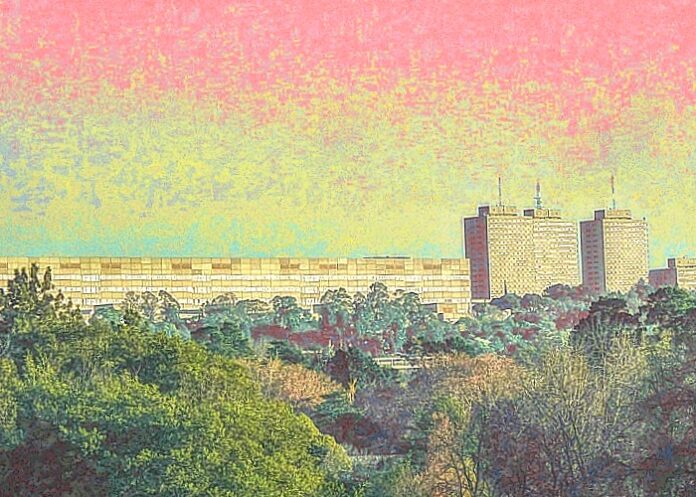 Helen Joseph Hospital patients are being examined and treated in the corridors, because of a bed shortage, while the hospital’s trauma load has more than doubled and its psychiatric patient numbers more than quadrupled since Charlotte Maxeke Johannesburg Academic Hospital (CMJAH) closed after fire damage in April last year.

Scores of frustrated and over-worked doctors and nurses picketed outside Helen Joseph Hospital’s emergency department on Monday (14 March), demanding that government reopen CMJAH. They called on Gauteng Health to not only announce but to also honour a date for the full reopening of the hospital.

“They’re living in the corridors. They’ve moved out the medical patients, so the psychiatric patients are living there too. There’s only one toilet and only one shower. There’s barely any water for them,” she said.

The CMJAH’s emergency and psychiatric departments have yet to reopen, while all other departments are running on a smaller scale since the blaze on 16 April 2021. The reopening of the hospital’s emergency department has repeatedly been delayed.

Saffy said Helen Josephs’ frontline workers are burnt out and frustrated, and bear the brunt of patients’ aggression and dissatisfaction. Increasingly angry patients have assaulted doctors, lowering their morale.

“Doctors and the nurses are at risk of assault. We’ve had a large number of attacks in the past few months. When you’re upset, you don’t work well. You go home and don’t want to come to work the next day, so you take sick leave,” she told City Press.

“If they don’t come to work, the more likely it is that patients will die. There’s no way doctors can cope with the workload.”

Helen Joseph Hospital’s head of infectious diseases Jeremy Nel was among the protesters. He read out their memorandum of demands to Gauteng health officials.

DA: 2,000 patients a day unable to be treated at Charlotte Maxeke Hospital

Serious Adverse Events on the rise in Gauteng's worst hospitals