HomePeopleCMS loses to coronavirus its second chair in months
People

CMS loses to coronavirus its second chair in months 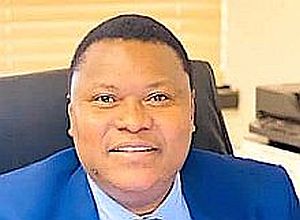 The Council of Medical Schemes has lost its second leader in months to COVID-19, following the death of Professor Lungile Pepeta on Friday, 7 August.

Higher education, science and innovation minister Blade Nzimande has sent condolences to the family of seasoned doctor and academic Professor Lungile Pepeta who died due to COVID-19 related complications at a hospital in Port Elizabeth on Friday of last week, reports The Times. At the time of his death, he was serving as the executive dean in the faculty of health sciences at Nelson Mandela University.

“Prof Pepeta was a renowned paediatric cardiologist and his death is a great loss to the Nelson Mandela University, the medical and health fraternity and South Africa in general,” Nzimande said.

Pepeta was also chair of the Council for Medical Schemes — the regulator of the medical schemes industry. He was described by the council as a passionate and committed leader who embodied a spirit of service. “(He was one) who poured his life into the service of others through his chosen profession,” said the council.

"The CMS, the medical schemes industry, and the health sector has once again lost a leader to coronavirus (COVID-19). Professor Pepeta had been at the helm of the CMS since June 2020, after the passing of Dr Clarence Mini, who also succumbed to the virus," the CMS is quoted in an IoL report as saying.

Prior to this, Pepeta had been an ordinary member of the council since his appointment by the minister of health in November 2017, it said.

"Ever smiling, Professor Pepeta was a passionate and committed patriot who poured his life into the service of others through his chosen profession. A health worker par excellence, Professor Pepeta specialised in paediatric cardiology, introducing non-invasive surgery to correct heart defects in children," the council said.

"The CMS is devastated and deeply saddened by his untimely departure and would like to relay its message of condolence to the Pepeta family, particularly Dr Vuyo Pepeta, the late professor’s wife. May Professor Pepeta’s soul rest in peace and rise in glory," the council statement said.

He was on a ventilator at the Life St George's Hospital and died on Friday, News24 reports. Pepeta was raised, studied and spent the bulk of his career in the Eastern Cape. Pepeta was also the former head of the paediatric department and paediatric cardiology at Port Elizabeth Hospital.

Eastern Cape Premier Oscar Mabuyane said he was shocked by his death, the report says. In a recent conversation between the two, Pepeta had indicated he was recovering well and looking forward to returning to his family and work to save lives. He was part of a 15-member panel of experts advising the provincial government on COVID-19. Mabuyane said it was because of people like Pepeta that they were able to transform the containment of the virus, which contributed to the 92% recovery rate and reduction of active cases in the province.

Nelson Mandela University's vice-chancellor, Professor Sibongile Muthwa, said Pepeta had joined the institution on 1 January 2017. This was at a time when the vision for establishing a medical school, which offered an alternative educational model towards meeting the country's growing need for health professionals, was gaining momentum.
The university is now gearing up to launch its own medical school, the establishment of which was a personal goal of Pepeta's.

"Ever-smiling, Prof Pepeta was a passionate and committed patriot who poured his life to the service of others through his chosen profession. A health worker par excellence, Prof Pepeta specialised in paediatric cardiology, introducing a non-invasive surgery to correct heart defects in children," the CMS said. It offered its condolences to his family, especially his wife, Dr Vuyo Pepeta.

When Pepeta died at Life St George’s Hospital on Friday, the collective hearts of his city and his province broke, says Daily Maverick. Nurses were crying. Shocked doctors, battle-weary from three months in the COVID-19 trenches, shared the sad news with one another in hushed tones. As reports of his death spread around town, and from Port Elizabeth to his hometown in Bizana, there were tears and anger, but above all, shock and despair.

COVID-19 has dealt the Eastern Cape a devastating blow. The report says it took away a doctor who fiercely advocated for the health of the province’s children, a man who bravely fought to open a medical school for rural doctors, an advocate who fearlessly battled and offended many politicians in his mission to achieve excellence in public health care.

The gentle giant from Bizana was no more – and he left behind an almost impossible dream: to create a dedicated children’s hospital for his province, staffed by an army of hand-picked specialists.

In 2009 he moved to Port Elizabeth, where he set up the first paediatric cardiology unit at the city’s provincial hospital. Children who were born with congenital heart disease, a condition with an abnormally high incidence in the province, no longer had to go the Red Cross Memorial Hospital in Cape Town for open-heart surgery – instead, their heart problems could be sorted out with a two-hour procedure, often even shorter, and an overnight hospital stay. At the time of his death, Pepeta was completing a PhD in paediatrics from Stellenbosch University. In 2010 he was appointed head of the paediatrics department at Dora Nginza Hospital in PE’s Zwide township.

In 2012, when severe staff shortages in Nelson Mandela Bay threatened the collapse of the public health system in the metro, Pepeta, along with veteran cardiologist Dr Basil Brown and surgeon Dr Sats Pillay, took the department on in a press conference organised in contravention of departmental regulations. They were threatened with disciplinary charges and dismissal. Pointing at his warning letter, Pepeta laughed his trademark laugh: “Let them try,” he said.

In 2014, after the hospital was flagged for its extremely high death rate among babies and children, Pepeta publicly criticised the Eastern Cape health department’s failure to provide his unit with R5m worth of life-saving equipment. At the time, 27 of every 1,000 babies born at the hospital died before they were a week old – this was nearly three times the national average of 10 per 1,000 recorded in 2004/2005.

The report says ruffling many feathers, Pepeta began a campaign to get the private sector to donate money for equipment. “Our children need a fighting chance,” he would repeat over and over, pointing to broken machines and expensive equipment that had been rendered unusable through neglect and a lack of maintenance. He lamented what he described as the most basic of failures – no scales to weigh children and babies. Doctors who trained under him remembered his enthusiasm and pride as he encouraged them to further their studies.

Pepeta took up the job as the executive dean of health sciences at Nelson Mandela University in January 2017, with the first order of business being to set up the country’s newest medical school. He left behind a newly established paediatric oncology unit and a paediatric surgical unit, and shortly after his departure, Dr Pinky Zozi opened a paediatric high care unit at the hospital.

Last year, as they were preparing for the medical school’s final accreditation visit by the Health Professions Council, he explained that he planned to make the facility something unique for South Africa. “My plan is to train rural doctors who can return to their rural villages, and city doctors for urban communities, and be the doctors that people need,” he said in an interview in October 2019.

The report says he also left behind a body of research into congenital heart disease and was always actively campaigning for more proactive approaches to combating rheumatic fever, especially in rural areas, as this could damage the heart.

He was a fierce proponent of lockdown measures and started a Facebook group to educate people on COVID-19, as he firmly believed that this would be key in fighting the disease. Pepeta was also one of the first and loudest voices to raise the alarm when it became clear that the public health facilities in Nelson Mandela Bay were cracking under pressure.

Facebook
Twitter
WhatsApp
Linkedin
Email
Previous articleExcess deaths metric means as many as 8,000 may have died in the Eastern Cape
Next articleCannabis legalisation a 'significant concern' – American Heart Association