CMS move to scrap low-cost plans is 'catastrophic and unconstitutional' 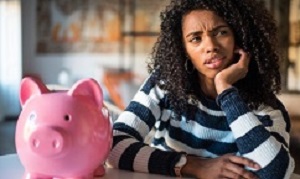 The Council for Medical Schemes has stunned the private health care sector with its decision to scrap by March 2021 the pared-down schemes and primary health-care products used by low-income families, writes MedicalBrief. Providers warn that the move is unconstitutional and with potentially catastrophic consequences.

The CMS's move has also caught the Treasury on the back foot, with sources saying it was not aware of the plan. Without an alternative, the demise of these products could leave hundreds of thousands of families without access to private health care.

The CMS move is at odds with the Constitution and will have potentially ‘catastrophic consequences’ for consumers, says Day 1 Health CEO Richard Blackman, in a Business Day report.

Another Business Day report says the move will not only affect consumers but also throw a spanner in the works for medical schemes and insurers that have been developing cheap products aimed at low-income workers. Many of these products are subsidised by employers and, at a few hundred rand a month, cost a fraction of traditional medical-scheme cover. While the CMS aid it was developing a new and more affordable prescribed minimum benefit package with a strong emphasis on primary health care, the package has yet to be costed. Industry sources are sceptical that it will be in place by the 2021 deadline.

CMS registrar Sipho Kabane issued the circular on 4 December, saying no low-cost benefit options would be permitted going forward, and no more products based on exemptions to the Medical Schemes Act would be allowed after March 2021. The exemption framework had created opportunities for companies to offer products that were not in consumers’ best interests, Kabane is quoted in the report as saying. "Our major concern is that they over-promise and under-deliver," he said.

The decade-long project to make private healthcare available to about 8m lower-income households was aimed at households that respectively earned less than R16,000 and R6,000 a month, and was meant to give people access to treatment in the private sector. In addition, City Press reports that, according to the Free Market Foundation (FMF), the CMS has also banned two types of products that about 2m people rely on.

The first is all varieties of hospital cash policies that are sold by institutions such as Hollard and Clientèle. These compensate policyholders for certain kinds of hospital expenses, but are not medical aid schemes.

The report says the second variety comprises day-to-day healthcare plans that are used by employers in particular to enable low-income workers to access private general practitioners, pharmacies, dentists and optometrists. Popular examples of these are Discovery’s Primary Care plan and Momentum’s DomestiCare, which is aimed at domestic workers.

These products must be abolished by March 2021 – years before government’s ambitious deadline for the NHI to start delivering services to the most vulnerable in 2026.

The report says although the CMS’ express goal is to advance the interests of members of medical aid schemes, the body has repeatedly welcomed the NHI and pledged its cooperation with the project. The CMS’ board is appointed by the Health Minister.

The NHI Bill, read together with a Bill on medical aids published at the same time, mandates that, after the legislation comes into effect, medical aids will no longer be allowed to render complementary services that the NHI does not offer. The report says it was previously reported that Treasury objected to the limitations on medical aids in a previous version of the bill because it would have caused unnecessary panic.

Government has since promised that medical aids would only be restricted after the NHI begins to function properly. The report says the medical industry, however, was caught by surprise by the CMS’ announcement that it would begin laying the groundwork for the NHI. Dr Jonathan Broomberg, CEO of Discovery Health, said the unexpected announcement would not only affect low-income households, but also all mainstream medical aid plans. Damian McHugh, CEO of marketing for Momentum Health Solutions, said they could not merely accept the announcement, and would now engage Business Unity SA and other industry institutions in an attempt to change the mind of the minister and the CMS.

McHugh said that the CMS had promised that it would come up with a revised MPB package that would solve the problems, but Momentum doubts whether that will be in place by 2021. This process has also been ongoing for years.

The report say the CMS recently published a proposed primary healthcare package (PHC) for comment. It is expected that the PHC package will serve as a basis for the NHI’s services.

The Free Market Foundation says that the proposals are “shambolic” and do not reflect a well-considered, balanced view on how to increase access to quality healthcare for low-income consumers, according to a Business Tech report. “The pronouncement shows a complete lack of understanding of how private health insurance products have the potential to reach many lower income individuals, in the process, providing increased access to quality healthcare and alleviating the burden on the already over-stretched public healthcare sector,” it said.

“The latest pronouncement can best be described as a continuation of the slow and steady poisoning of the private healthcare sector in South Africa and the governments dogged determination to dismantle the private healthcare system in preparation for its flawed and ideological desire to introduce its centrally controlled and administered National Health Insurance (NHI) scheme.”

The medical scheme regulator’s move last week to scrap health insurance products is at odds with the Constitution and will have potentially ‘catastrophic consequences’ for consumers. Business Day reports that this is according to insurer Day 1 Health CEO Richard Blackman who said Kabane’s assertion in the circular that health insurance beneficiaries only had access to state facilities was untrue.

“Over 98% of all of our authorised hospital cases received thus far in 2019 were admissions to private hospitals, mostly Life Healthcare and Mediclinic, with whom Day 1 Health has formal contracts,” he said.

Patients who used state facilities had their bills paid by Day 1 Health at rates regulated by the government, he said.

"The purpose of this circular serves to inform medical schemes, insurers and other interested parties that no Low-Cost Benefit Options (LCBO) will be allowed for low-income market segments going forward," Kabane is quoted in a Fin24 report as saying. "This decision is to align such products with the broader health policy discussion that seeks to ensure adequate access to care, irrespective of the economic status of the population," the circular read.

Kabane outlined why low-cost benefit options were first introduced – these healthcare options were targeted to a "specific group of the population", low-income households so that they would be able to afford medical scheme cover. Generally, these households cannot afford high medical scheme premiums – the premiums paid determine the quality of benefits medical scheme members can receive. While higher premiums covered "richer" benefits, there was an opportunity to offer lower-income earners "inferior benefits," according to the CMS. "Mainly, such products potentially use the State as a designated service provider without entering into the necessary agreements with the State and lack prescribed minimum benefits," the circular read.

However, the South African economy has come under "a lot of strain" and higher levels of unemployment suggests that a low-cost benefit option for low-income earners could be difficult to realise, according to the CMS.