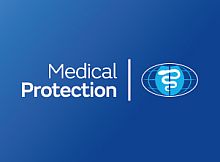 Dr Graham Howarth, Head of Medical Services, Africa at Medical Protection questions South Africa’s criminalisation of doctors and why the country is out of step with other countries.

It is useful to look at the concept of negligence, how culpable homicide law works in medical practice, and how similar laws are applied in healthcare in other countries.

The question in negligence, put crisply, is what a reasonable person would have done under similar circumstances to avert the fault. The law uses a normative test measuring the individual against a reasonable person. Negligence is part of the human condition and is pervasive if we are truly honest; we probably perform at least one negligent act on a daily basis but in the over-riding majority of cases, the negligence is of little or no consequence.

The COVID-19 pandemic illustrates the point nicely. How often have you attended a virtual meeting when one of the participants starts to contribute but their mute function has not been deactivated? The reasonable person would have foreseen the issue and deactivated the mute function prior to contributing. Fortunately here the fault is of little consequence and the punishment no more than some gentle amusement for the audience, enjoying a moment of schadenfreude.

The example, in effect, reflects what happens in medical negligence cases. Naturally you know that if mute is not disengaged you will not be heard. But in that frisson of excitement prior to sharing your pearls of wisdom with the group, it slips your mind: an oversight, a moment of carelessness. You know what you should have done but it was not in your conscience when needed.

Likewise, after negligent conduct, a practitioner may feel on reflection that he or she should have been aware of the issue at the time and taken steps to avert the harm, but it just was top of mind at the time.

While civil law is quite rightly dependent on the concept of negligence to compensate those harmed by negligence, criminal law is uninterested in the concept with one notable exception – culpable homicide. In civil law the question is: was it their fault and if so, who was responsible for the fault? Once identified that individual is responsible for compensating the person harmed.

The issue revolves not around blame but compensation for fault; who was at fault, what was the harm and who should compensate whom. No matter how egregious the negligence may be, it is not criminalised.

To punish someone, one of the goals of criminal law, the accused has to be morally blameworthy. To be morally blameworthy you need to advert to a choice – there needs to be a guilty mindset. Generally there are four levels of fault for potential blameworthiness. The most blameworthy state of mind is purposeful conduct, e.g. you shot and killed someone with the intent to kill them. The second is knowledge, for instance, you blew up a plane with the intent of killing a particular person but knowing that many more individuals would probably die. There would have been intent for the one individual but knowledge of the probable outcome for the rest.

In being reckless, which is the third level of blameworthiness, you knowingly place an individual at an unreasonable risk of harm and do not take steps to avert the harm. In all three levels, and examples, it is clear that at the time of the event the perpetrator was aware of the potential of a harmful outcome – referred to in law as a subjective foresight. All three of the aforementioned states of mind are such that there is intent.

The least morally blameworthy state of mind is negligence. In negligence the actor does not foresee the harm and thus does not take steps to avert it. No moral choice is made to proceed despite, or indeed, because of the potential for harm. For an actor to be found negligent, the harm must have been foreseeable by a reasonable person. An expert opines on what should have been foreseen and what steps should have been taken to avert harm – but clearly were not. The state of mind, regarding the risk, in negligence is inadvertence. No blameworthy choice is made.

While moral philosophers may argue about the moral blameworthiness of negligence, criminal law does not consider negligence in medical cases to be of significance unless the patient dies, and death was a foreseeable outcome and the negligence contributed significantly to the death. Now, suddenly, in South Africa, the clinician faces the possibility of culpable homicide charges and the possibility of a conviction.

So an inadvertent fault, under the wrong circumstances in the sense that a patient dies and the fault contributes significantly to the death, can mean a South African doctor could face a criminal charge, and subsequent conviction of culpable homicide far more easily than colleagues in England and Wales, Scotland, New Zealand, Australia, Canada or other countries. Likewise, a South African clinician may be more vulnerable to murder charges than colleagues in these countries.

Ideally South Africa would mimic Scottish law in restricting culpable homicide in clinical cases to where there was clear recklessness. Alternatively, the bar of criticisms from finding a doctor guilty if they did not do what the reasonable doctor would do under the circumstances, could be elevated. To criminalise an act, surely the bar should be raised such that conduct is not considered to be criminal unless the clinician does what no reasonable clinician would do under the circumstances?

This area requires serious consideration, including learning from other countries. This is without doubt a complicated area and it is important that there is a long-term solution for healthcare professionals and patients alike.

State-employed practitioners and the limits to their medical indemnity

Load shedding: the doctor is out (of electricity)

Seeking clarity from HPCSA on telehealth