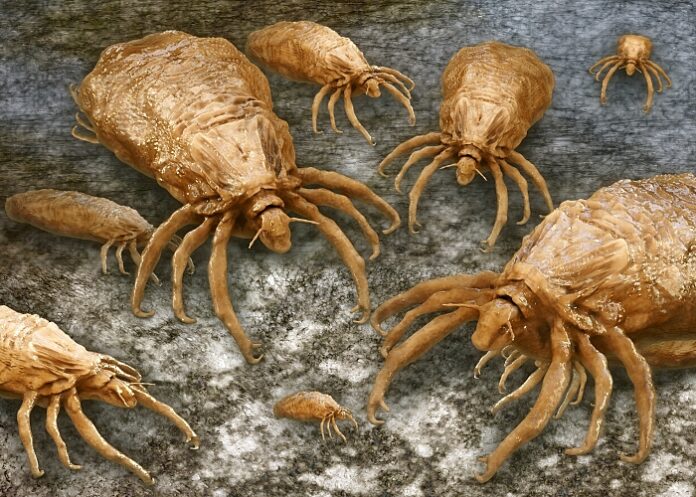 In theory, lice are harder to spread than the SARS-CoV-2 virus because proximity alone isnʼt enough, writes Kaiser Health News. Yet, in the US, the head louse is nevertheless thriving and back to pre-pandemic levels.

The spread of lice usually requires head-to-head contact. If a child gets lice, odds are it means that kid spent some quality time close enough to another child for the parasite to make its move. (Researchers tend to agree that transmission via inanimate objects like combs and hats is minimal.)

So, asks KHN News, with all of the COVID-19 prevention measures in place, including social distancing, how come Pediculus humanus capitis, the head louse, has returned? Colds and more serious bugs like respiratory syncytial virus (RSV), are also back.

Like the coronavirus, all of these bugs depend on human sociability. Unfortunately, the measures taken by many reopened schools to prevent the transmission of COVID-19 — masks, hand-washing, vaccination — do little to deter the spread of the head louse. However, physical distancing, such as spacing desks a metre apart, should be helping, if itʼs actually happening.

The head louse is not known for its fortitude. Adults canʼt survive more than a day or two without snacking on blood. Their eggs canʼt hatch without the warmth of a human head, and will die within about a week if not in those cozy conditions. The bugs canʼt jump or fly — only crawl. The one thing going for the head louse is its highly specialised claws, evolved to grasp human hair.

Unlike the body louse, the head louse doesn’t spread disease. An infestation doesnʼt indicate anything about a personʼs hygiene. (In fact, the lore of delousers says that the bugs prefer clean hair because itʼs more grabbable.) And despite common misconceptions, they can colonise people of all ages, races and ethnicities.

Federico Galassi, a researcher with Argentinaʼs Pest and Insecticide Research Center, said strict early COVID lockdowns did, indeed, lead to a decline in head lice among children in Buenos Aires, but the bugs came nowhere close to being eliminated. His study found prevalence dropped from about 70% to about 44%. And one thing is clear: when people shut their doors and hunkered down in early lockdowns, the lice were right there with us.

While little research exists to confirm whether there is a rise in lice, Pollack and even the National Association of School Nurses agree the bugs probably aren’t spreading in the classroom, because in-school louse transmission is considered rare. Instead, itʼs more likely that as other activities resumed — sleepovers, play dates, summer camp, family gatherings — the bugs prospered once more.

Preschoolers tend to get the infestations the most “because theyʼre more cuddly,” said Julia Wilson, co-owner of Rocky Mountain Lice Removal in Lafayette, Colorado. But she has also noticed a rise among teenagers, which she ascribes to taking selfies with pals. “You say to them, ‘Have you touched heads?ʼ and the teenagerʼs like, ‘No, never,ʼ” said Wilson. “And then all of a sudden, theyʼre taking a selfie photo with their friends.”

Large US evaluation of school closures' effect on spread of COVID