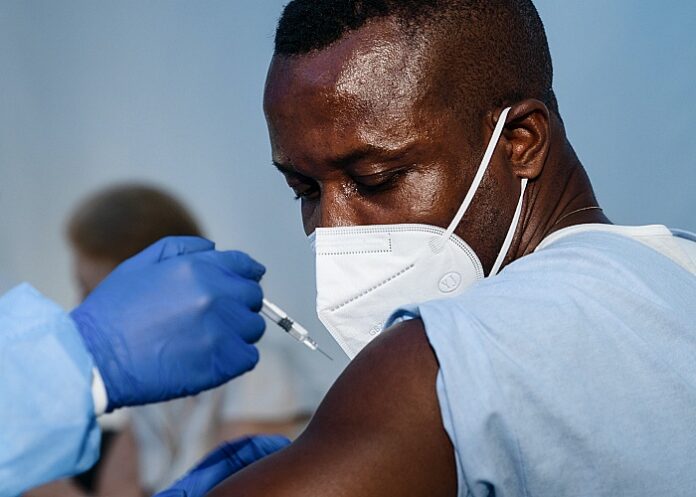 While the national Department of Health had not “de-prioritised” the vaccination program, some government departments were “more passive than we’d like”, acting Director-General Nicholas Crisp told the Sunday Times.

in a question and answer interview with Chris Barron, Crisp was responding to claims from some health academics that the government’s commitment to its vaccination programme was flagging, as shown in unused doses piling up and daily vaccination numbers falling.

“Everybody thinks it’s the health department’s problem to solve our country’s vaccinations. We would like to see the department[s] of Trade & Industry, Sports, Arts & Culture, Water Affairs, [and] Agriculture doing more within their spheres of influence. Social Development, for instance, has more access to unemployed people than we do,” Crisp said.

Vaccinations were still a “serious priority” for DoH, people, with the exception of older citizens, “just don’t come”. This might be partly explained by the fact that younger people were less vulnerable to serious illness, “so I guess it feels less devastating to them .”

“Young people have told us they don’t see the value of vaccination,” said Crisp. The vaccination message, “seems to bounce off them”.

The DoH was also at loss to understand why a third of unvaccinated people said that the problem was access. “There are people in townships in Gauteng who figure that a vaccine site 1km away is inaccessible … We have pop-up sites, they’re in malls, at people’s places of work, all government clinics, taxi ranks, pension pay points. It’s difficult to know what next.”

Questioned as to why vaccinations couldn’t be made mandatory, Crisp said that this would be illegal. “It will be in the Constitutional Court and chucked out in five minutes. The law allows employers to do that, but it’s not for the government to say they’ve got to,” Crisp said.