Critical remarks by a medical colleague spark ‘most negligence claims’ 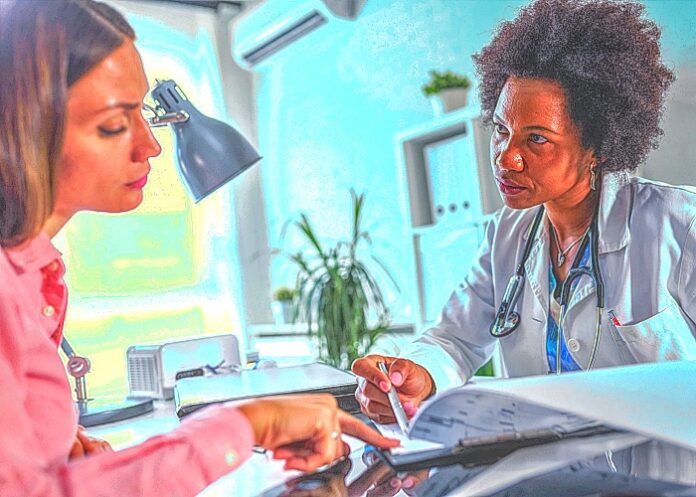 Around 60% of patients taking action against healthcare professionals said they only considered doing so when another healthcare professional suggested they had received sub-standard care, writes Chris Bateman for MedicalBrief. South Africa’s largest medical risk insurer says that it has almost 3,000 open cases on its books, “a powerful illustration of the growing climate of litigation”.

This emerged in a presentation by Dr Julia Ambler, a KwaZulu-Natal based paediatric palliative care specialist and member of the Medical Protection Society’s (MPS) Risk Prevention Faculty. She was speaking to a large healthcare practitioners’ cyber conference hosted by the MPS earlier this month.

She highlighted how vital effective communication is in preventing adverse events that can lead to patient mortality, morbidity, substandard care, and unnecessary consultations and treatment – not to mention irritation and potentially souring relations between colleagues.

She recommended following the Health Professions Council of South Africa (HPCSA) guidelines on how to work respectfully with colleagues in pursuit of the best possible patient care, urging her audience to “get all the facts first”, before making any unjustified comments that could have a patient doubting the knowledge or skills of a colleague. Disagreements between doctors also caused unnecessary patient distress, she emphasised.

Ambler quoted George Bernard Shaw’s famous line that “the single biggest problem in communication is the illusion that it has taken place”.

Examples of feedback that could easily be misinterpreted as agreement or assent, including saying, “I hear what you say,” (actually meaning “I disagree entirely and want to discuss this further”), or replying, “with the greatest respect,” (meaning, “I think you’re an idiot”). Other common risky assumptions included believing that the (referred patient) would “fill in the gaps”, that your colleague would check the imaging results, that “no news is good news”, and that the patient would not miss their appointment.

She said a standard communications format with check lists might seem pedantic, but it was a hugely helpful tool to ensure that vital elements of a diagnosis or treatment were clear and not missed – and could avoid major potential collegial conflict down the line.

“Also, the context is important. You may be in a very noisy paediatric OT clinic with Down Syndrome kids screaming. You must close the feedback loop – you don’t know that they’ve heard what you said if you don’t ask them! It may seem patronising to ask them to repeat back to you what you’ve just said, but it has to be the order of business, or you’ll never know if the message sent was the one received,” she stressed, adding that it was in everybody’s best interests that this happened.

She recommended using the “respect and concern”, model, especially for juniors when addressing a senior colleague where the power differential could pose problems.

“It’s perfectly OK to disagree but it’s not OK to disrespect,” she said citing a United Kingdom survey among surgeons that found that 30% of doctors reported having been spoken to rudely or without respect at least once a week.

“Open, honest communication where you frame your words around achieving the best result for the patient, without blame, is best. Attempt to negotiate a mutually agreeable resolution and take action until you’re satisfied that the patient’s best interest is being served. Keep going until that happens and you’re satisfied,” she urged, adding that the MPS was always willing to help if a healthcare professional felt at their wits’ end.

Opening the webinar, Simon Kayll, the CEO of the MPS, said that the gap between an adverse event incident and a claim could range from the average of seven years up to 20 years, and prove debilitating to a healthcare professional’s practice, health and mental well-being. The MPS operated on the basis of uncapped, occurrence-based membership and globally, it successfully repudiated 80% of all claims, settling only a small proportion on behalf of members.

“The rest we will defend, and defend successfully. Also, we give you support and assistance with everything arising out of your clinical practice. Medicine is highly regulated, and you can be held to account in so many ways: the HPCSA, a patient complaint, employer disciplinary hearings, the Coroner’s Court, criminal charges. We support all members in both the private and public sectors,” he added.

Kayll said it was important to remember that clinicians in the public sector were exposed to many risks not covered by their (State) employer and cited the example of an MPS member found guilty in a criminal case who recently appealed unsuccessfully to both the High Court and the appellate division.

“We managed to get it before the Constitutional Court and we won. This demonstrates that if it’s in the best interests of our members, we have the will and the resources to fight it all the way,” he said. The MPS also ran a range of risk management and education workshops, including building resilience and avoiding burnout, and “mastering shared decision-making” while offering a range of podcasts including some on off-label medication, the POPI act, and the criminalisation of doctors.

“Just today we sent a letter to the (South African) Minister of Justice complaining about the culpable homicide situation with doctors. We’ve also been very active in recommending measures to reduce COVID-19 risk,” he added.

Kayll said there were currently 2,840 open cases against healthcare professionals on the MPS books in South Africa, a powerful illustration of the growing climate of litigation.

State doctors need protection more than ever, including from the state