Depression not an excuse for employee misconduct – Labour Appeal Court 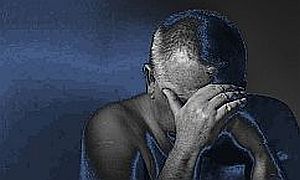 The Labour Appeal Court has overruled a judgment that found Legal Aid SA  had unfairly discriminated against an employee with depression, writes MedicalBrief. The Labour Court had ruled held that the depression was in all likelihood the true cause of the misconduct and for the employee "to act out of character".

A clinical psychologist had in her earlier evidence before the Labour Court confirmed that Jansen showed intense symptoms of temporary reactive depression which had deteriorated in 2013 and that he was clearly not coping with his work circumstances. She also said that he exhibited signs of burnout. In her view, he was no longer capable of handling his daily commitments and was so emotionally drained that he could not function properly in his day to day tasks.

As regards the charges of misconduct relating to alleged insolence towards his superiors, the psychologist claimed the respondent was in a state that he no longer cared and was avoiding every possible demand. His lack of rational thought processing resulted in self-destructive behaviour. He was unable to see how to rectify certain behavioural patterns. She believed that if he had been given some time off work to resolve his issues (as she had recommended), it was possible that the whole misconduct scenario that played out could have been avoided.

In the circumstances, the appellant had a legitimate basis for imposing discipline, the respondent’s depression notwithstanding. That being the case, the proximate reason for disciplining the respondent was his misconduct and not the fact that he was depressed. He was relatively capable and knowingly conducted himself in contravention of the rules of the workplace. Discipline was justifiably called for…

… As already discussed, but worthy of repeating, that is not to say that the depression of an employee is of insignificant relevance. Depression, sadly, is a prevalent illness in the current environment. Employers have a duty to deal with it sympathetically and should investigate it fully and consider reasonable accommodation and alternatives short of dismissal. In addition, where depression may account in part for an employee’s misconduct, depending on the circumstances and the nature of the misconduct, dismissal may not be appropriate. However, for the reasons explained, in this instance, there was no proper claim of substantive unfairness before the Labour Court which is the subject of an appeal or cross-appeal before us.