Former Pretoria GP and mother Lauren Anne Dickason, 40, accused of killing her three daughters in New Zealand, has been referred for further mental observation and a trial date has been set.

She was due to appear in court on Tuesday via an audio visual link from Hillmorton Hospital in Christchurch, but the court heard more time was needed for her health assessment, reports the New Zealand Herald.

Dickason is charged with murdering Liané, 6, and twin sisters Maya and Karla, 2. She first appeared in the Timaru District Court on 18 September, two days after allegedly murdering the children.

Dickason's lawyer, Kerryn Beaton QC, sought a further remand for her client at Hillmorton Hospital, where a forensic psychiatrist has been booked to assess her further this weekend.

A trial date for March 2023 was set, even though no pleas have been entered at this stage. Her case will be called again on October 15.

Dickason is accused of murdering her three daughters in Timaru on 16 September, a week after arriving from Pretoria in the town where her surgeon husband Graham had a new job and where the family planned to settle into a new life.

They spent their mandatory time in managed isolation before being released to start their new life.

It was previously reported that a former colleague of Graham, also a doctor, claimed Lauren previously used chronic medication, but she stopped it for fear it would hinder their application to emigrate. Due to New Zealand’s strict selection requirements for prospective immigrants, the use of chronic medication for certain conditions might have been a disadvantage.

The process of being admitted to New Zealand was suspenseful, said the former colleague. “The immigration process is extremely traumatic. I understand the place where the family had to spend their quarantine was basically like a prison. You don’t see anyone, your food is delivered to your door and you are only let out for about an hour a day.”

A combination of stress and the fact that Lauren could not use her medication mighty have made coping difficult for her, the person said. The condition she suffers from was not explained.

Graham Dickason had a job with the South Canterbury District Health Board and had apparently been at a work function with colleagues before arriving home to find the grisly scene just before 10pm. The NZ Herald said his wife was unresponsive and in a critical condition when her husband arrived home.

She was taken to Timaru Hospital for treatment and was stable enough by Friday night to speak to police: shortly afterwards she was charged with murder.

A week after the murders, a vigil was held outside the house by members of the community, attended by hundreds of people, and a similar event was held simultaneously in Pretoria by the Dickasons' family and friends. They spent time at a local park where they had erected huge photos of the slain sisters, along with descriptions of them (photograph below, supplied by the Fawkes family).

Lauren’s parents Wendy and Malcolm Fawkes said they were “devastated”. “The extended families are in a state of shock as we try to understand what happened. We ask for your prayers and support during this very difficult time,” they were quoted as saying.

At the children's memorial service, their father said: “It is a loss that I will carry with me for the rest of my life.” TimesLIVE reports that he urged mourners to “please also pray for my lovely Lauren, as I honestly believe that she is a victim of this tragedy as well”.

Meanwhile, a group of caring South African expats living in Timaru have rallied together to set up a fundraiser for the Dickason family, reports SA People.

The group said the fundraiser would help with funeral expenses and the travel and accommodation costs for family (who would be coming from SA). Donations have already poured in from more than 370 people touched by the tragedy – both South Africans and New Zealanders. By last Friday, more than $18,000 (New Zealand dollars) had been raised.

Writing on the GiveALittle page, the group says: “In expressed love and sympathy from the community towards Graham Dickason, the father of the three girls. In loving memory of twin sisters Maya and Karla, aged 2 and Liane, aged 6 who died in Timaru, New Zealand on 16 September 2021.”

Many donors have left heartfelt messages, with several saying ‘Kia Kahaʼ, which is a Māori phrase meaning ‘stay strongʼ. 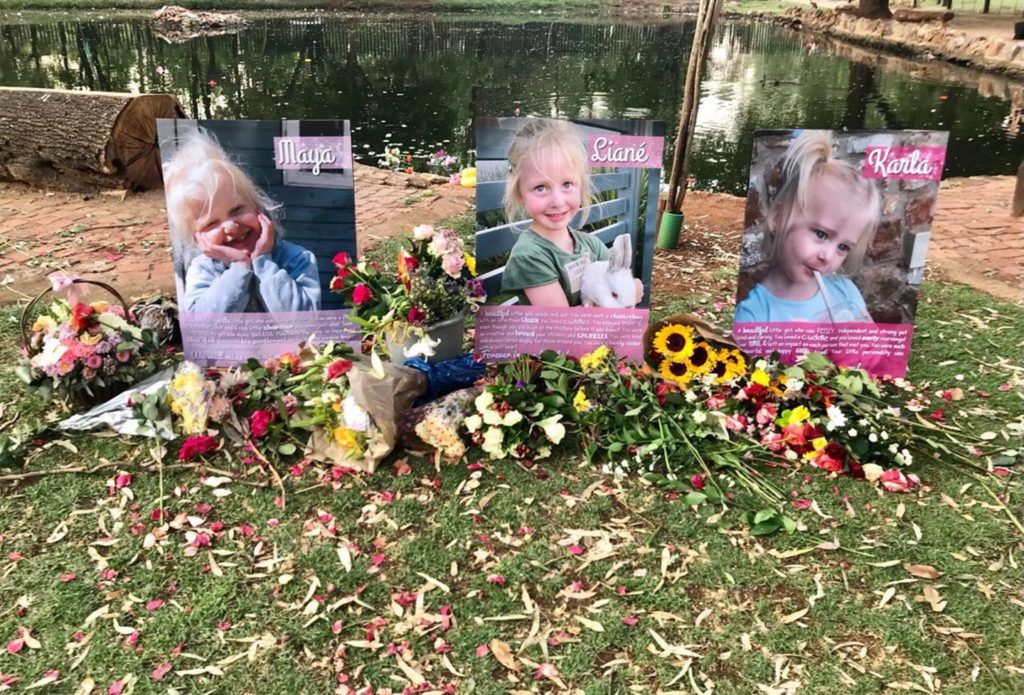 Feeling down, Down Under: Australian doctors’ launch online depression tool

FDA's first approval of a drug to treat postpartum depression