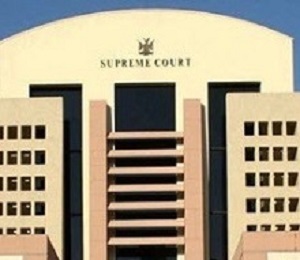 Unless parliament intervenes – a highly unlikely scenario – doctors and other health care providers in Namibia, face a stark choice: find a satisfactory way to co-operate with the country’s medical aid funds, or quit practice in Namibia if the financial rewards are too slim, writes Carmel Rickard writes in her A Matter of Justice column.

Rickard writes: “Many in the medical profession will be facing this decision following last week’s judgment by Namibia’s highest court which found medical aid funds were not governed by the Competition Commission, that they are not business undertakings, and that the ‘benchmark tariffs’ proposed by the funds were not prohibited as illegal, anti-competitive practices.

“The Supreme Court judgment was anxiously awaited by all parties after the High Court found in March 2016 that the funds were bound by the principles of the Competition Commission. In the wake of that High Court decision, huge fines were predicted for the funds while many health service providers in private practice – doctors, hospitals and others – expected that the rates they could charge medical aid patients would increase once they were de-linked from the funds’ ‘benchmark tariffs’.

“The initial challenge to the legality of these tariffs was brought jointly by the Competition Commission and the Namibia Private Practitioners Fund whose members had complained to the commission that they were suffering financially as a result of the funds’ stranglehold on the rates that could be charged.

“Smuts, who wrote the judgment with the concurrence of his two colleagues, referred to the ‘novelty and complexity’ of the appeal, but though relevant African decisions on related questions were thin on the ground, the court dealt in some detail with similar disputes heard by the European Court of Justice (ECJ).

“A factor common to the decisions in all the cases before the ECJ was that court’s view that medical schemes ‘pursue a social objective and embody the principle of solidarity’ and that they should thus ‘fall outside the reach of the provisions proscribing anti-competitive conduct’.

“In this case the reference to the ‘principle of solidarity’ involved the ‘redistribution’ of income ‘between those who are better off and those who, in view of their resources and state of health, would (otherwise) be deprived of the necessary social cover.’

“The ECJ also found that ‘sickness funds were not ‘undertakings’.’ This is a crucial point, since it was a major argument of the Namibian Competition Commission that medical aid funds were ‘undertakings’ as defined by Competition Commission law. The High Court had agreed that this was the case, saying that the funds ran commercial activities amounting to carrying on ‘business for gain’. This was because fund members and their families ‘gained’ by being helped to cover their medical costs. The High Court said that ‘it mattered tuppence’ that no surplus would be distributed to fund members: the funds were still ‘undertakings’ and were thus subject to competition law.

“Now the Supreme Court has set aside that High Court finding, instead following the reasoning of the ECJ in holding that the funds are not ‘undertakings’. The appeal judges also found that the funds were ‘businesses’ only in a limited sense. They had to be run along sound business lines to protect the interests of members for whom the ‘solvency’ of the medical aid funds was crucial. But being a business in this sense did not mean that a fund’s ‘economic activity was market related’ by way of achieving a ‘gain or reward’. In fact, the law specifically laid down that such funds could not distribute a surplus, so that they were obliged to be ‘non-profit concerns’.

“The Supreme Court also made crucial findings about the contentious ‘benchmark tariff’, found by the High Court to be a legitimate target of investigation by the Competition Commission. In that earlier decision, the judge found that the commission was set up to promote competition in the Namibian market and that the commission was duty bound to investigate activities such as conducting a cartel. The benchmark tariff formulated by the medical aid funds was illegal, said the High Court, because it amounted to fixing a selling price. In the view of the judge, the tariff was not ‘designed to achieve a non-commercial socio-economic objective’. Instead it amounted to fixing a selling price and was thus concerned with producing and distributing wealth – something that benefited members even if there was no overt intention of making a profit.

“In arguing their appeal, however, the medical aid funds pointed out that there was ‘a degree of transparency’ involved in arriving at the tariffs, in that they were reviewed annually by actuaries who ‘obtain input from healthcare providers and funds’ to establish the impact of inflation on service providers, along with ‘their capital costs, the effect of exchange rate fluctuations, lending rates’ and other factors.

“The contentious tariffs were thus intended to ‘serve as guidelines as to the reasonable cost of specified categories of medical services. They are not compulsory – either as a minimum or maximum’, and funds varied in the benefits paid to and contributions deducted from members.

“Dealing with the question of the tariff, the Supreme Court said the complaints of health service providers at the heart of the commission’s investigation and its argument in court, showed that the ‘public interest’ did not require medical aid funds to be included ‘within the sweep of the commission’s power’. Touching obliquely on the issues raised by the service providers with the commission, the court said that what ‘underpinned’ the complaints and submissions was the ‘impact of the tariff’ on keeping the price of healthcare services low, and that any increases to these tariffs had to be ‘objectively justified in a transparent mathematical manner’.

“‘Fixing’ prices could amount to ‘deleterious anti-competitive conduct’, but in this case, ruled the judges, there could be a different result: ‘the setting of a benchmark tariff within socially protective … context’ could serve both the public interest and consumers.

“Costs were awarded against the commission in the appeal and the original High Court matter.”