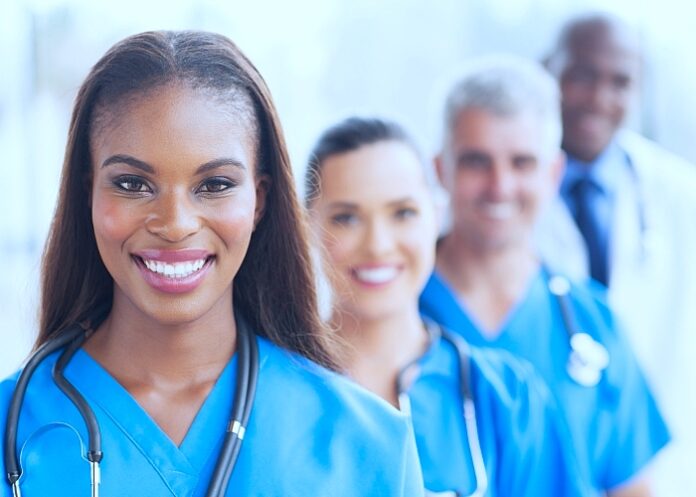 The Junior Doctors Association of SA says that foreign medical recruiters are actively recruiting South African doctors for Ireland, Canada and Australia, and the “reckless behaviour” of the national Health Department in failing to place trainee doctors is one of the attrition factors.

The Junior Doctors Association of SA (Judasa) says numerous trainee doctors are in limbo each year because logistics and difficulties of distant placement are disregarded by the national Health Department, a claim the latter has denied.

But in July and August this year, the department battled to allocate sufficient money for public sector internship and community service posts because competing healthcare demands – including COVID-19 – sought priority, reports Mail & Guardian. Finishing the three years of public service is a legal requirement before junior doctors can register and practice as fully-fledged medical officers. Judasa claimed in June that there were up to 1,000 unfunded intern and community service doctor posts in the public sector.

The latest mismatch in central funding and medical school student output was caused by final-year undergraduates, who failed or did not write their 2020 year-end exams and then successfully rewrote and passed them in June this year.

Conceding that the health sector’s personnel budget “continues to take strain” from the growing numbers of medical students qualifying from local universities, the Nelson Mandela/Fidel Castro Cuban Students Programme and self-funded students studying abroad, the department said every mid-year intern was allocated between their first and third of five hospital choices by 3 July this year.

Victor Khanyile, manager of the national Internship and Community Service Programme (ICSP), said 288 students had written and passed supplementary exams at different times at six campuses from June onwards but many had not been able to begin their internship immediately, for various reasons.

M&G reports that the historical context is a major ramp-up of doctor training and output begun in 1996 by the Cuban training programme, which, after a boost in 2011, began pouring 800 more final year medical students into the existing local campus final year training cohort. This resulted in some 2,700 interns entering in-service training annually from 2011 onwards. This has strained the public health fiscus, creating a headache for the treasury on whom the Cuban training policy was foisted with little consultation.

What could have been a funding hiccough for next yearʼs intern group was narrowly avoided after a second R100m tranche of a R247m emergency funding injection was included in the medium-term budget framework outlined by Finance Minister Enoch Godongwana on 11 November.

The first R147m was to enable the mid-year intern intake to be paid for the remainder of this year. Health budget strategy planners at the treasury have recommended that an extra R1bn be budgeted annually for at least the next three years to address the increased medical student output and placement but this hasn’t yet been given the green light by the ministerial committee.

Dr Angelique Coetzee, chairperson of the South African Medical Association (SAMA), said she was assured by the ICSP last week that there were sufficient funded posts for the impending 2022 medical intern intake, but she had no data on community service funded posts.

M&G reports that apart from the public coffers depleted during former president Jacob Zumaʼs leadership, the Cuban training programme for South African doctors had imposed major strain on state finances. Additionally, in 2006, the tertiary education and healthcare authorities tagged an extra year on to the former one-year medical internship, something now being reconsidered as a stringency measure amid fierce academic debate.

The proposed additional R3bn three-year treasury price tag is calculated on supplementing a single intern salary and related expenses (including overtime and the less common rural allowances) of about R730,000, annually multiplied by 4,800 current interns (R3,5bn), to which the R1m for 1,800 community service officersʼ annual salary bill, (R1,8bn) must be added.

This money is needed to cater for the ever-swelling graduate output. Interns and community service officers were included in the generous 2007 occupation specific dispensation, (a healthcare worker retention measure), further hiking the healthcare budget baseline by hundreds of millions of rands.

South African medical trainees in Cuba are given a R230 daily stipend while doing their overseas training. Currently, about 1,000 trainees return home annually from Cuba for a one-year local medical campus “adaptation” course after their strongly primary healthcare-oriented training.

But Coetzee describes the situation as “a mess”.

“We donʼt have enough seniors or specialists to provide the necessary oversight for their in-service training. You can put these juniors into lots of Health Professions Council of South Africa (HPCSA) accredited hospitals, but without enough seniors they learn bad habits, which stay with them for life. If thereʼs nobody there to tell you how to put up a drip properly and help you with the basics, you also end up with adverse events and mounting patient litigation.”

In a public/private doctor webinar last week, the Medical Protection Society said there are 2,840 cases of litigation against South African registered doctors. Five years ago, the health department confirmed that in addition to the cost in grief and trauma to families and the battered confidence of under-resourced, under-supervised and overworked doctors, the nine provincial health departments faced a R24bn patient litigation bill (2010 to 2014, with R500m then paid).

A Judasa executive member, Dr Sazi Nzama, a medical officer in the Pietermaritzburg Hospital Complex, said the health department releasing placements in the second half of November was “reckless behaviour”.

“Theyʼre deliberately not executing their mandatory duty of placement. We often have to organise furniture and find a place to stay. Itʼs an unrealistic expectation to place on any human being. Itʼs becoming an attrition factor. Iʼd rather go where Iʼm appreciated and treated with respect, not as a pawn tossed around. There are foreign recruiters out there actively seeking doctors for Ireland, Canada and Australia,” he asserted.

Official data indicate serious attrition of community service officers. In 2016 there were 2,700 interns, increasing to 4,800 currently, yet community service numbers increased from just 1,300 in 2016 to 1,800 in 2021. Possible answers include data transfer dysfunction between provinces and national health departments and a failure to capture community service sign-ons.

The HPCSA had not responded to a request for comprehensive annual registration figures for all categories of doctors from 2018 to date, by the time of publication.