HomeA FocusThe domino effect: Are you part of the resistance?
A FocusBD Healthcare Summit 2018

The domino effect: Are you part of the resistance? 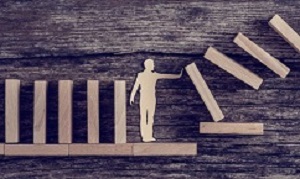 MedicalBrief's Stephen Coan reports that BD summits, now in their sixth year, attract attendance by healthcare professionals from different arms of the service, and speakers who explore latest issues and advances for better use of health resources, including technologies. The 2018 summit focused on South Africa’s progress towards microbial stewardship and endeavours to integrate human and animal healthcare under the One Health concept.

AMR is a hot topic at a time when the death of nine newborn babies from the drug resistant pathogen Klebsiella pneumoniae at the Thelle Mogoerane Hospital in Vosloorus is under investigation by the SA Human Rights Commission.

Back in 1928 the discovery of the penicillin group of antibiotics by Alexander Fleming was hailed as a health panacea. But Fleming was well aware of the counter threat posed by AMR, cautioning that the “thoughtless person playing with penicillin” would be morally responsible for the deaths of those due to infection by resistant organisms. “I hope this evil can averted.”

A hope now in dire jeopardy. By 2050 it is estimated that AMR will be the single biggest cause of mortality worldwide with 10m deaths per annum.

In South Africa the fightback against AMR plays out against the introduction of National Health Insurance (NHI) which, according to keynote speaker and Deputy Director General of Health Anban Pillary, is scheduled to begin in 2022 with full implementation by 2026. Pillay outlined the objective of the NHI to ensure “everyone has access to an equal standard of care regardless of their income”. But the crippling healthcare costs associated with AMR could seriously impact on this national initiative.

A One Health approach

It is estimated that agriculture and aquaculture accounts for 50% to 80% of all antibiotic consumption and it is predicted this will rise by 67% by 2030 and nearly double that in Brazil, Russia, India, China and South Africa. “There is an urgent need for initiatives to preserve antibiotic effectiveness while simultaneously ensuring food security in low and lower middle-income countries such as ours,” said Brink.

South Africa can boast one AMR success story involving the antibiotic Colistin used in ICU but more commonly to promote growth in livestock, especially chickens. When Colistin resistance in poultry spread to humans there was quick action combining AMS principles and the One Health approach. Now it is used as “an antibiotic of last resort for human health” while the South African Veterinary Council recommends it “not be used in food producing animals at all” except as “a very last resort” and that usage to the contrary is regarded as “unprofessional conduct”.

Brink said the One Health approach regarding Colistin could serve as a model for South Africa and beyond.

Such responses to AMR can be allied to advances in the laboratory where the advent of fully automated rapid diagnostics can now “accurately identify a large range of pathogens such as bacteria, yeasts, filamentous fungi, and mycobacteria in as little as a few minutes,” according to Chetna Govind, clinical microbiologist at Lancet Laboratories.

Fast, accurate diagnosis and data “allows for the prescription of the right antibiotic and for the right duration,” Govind said. “This results in the best clinical outcome for the treatment or prevention of infection, with minimal toxicity to the patient and minimal impact on subsequent resistance.”

But this needs to be combined with best clinical practice on site. Inserting an intravenous line (IV) is one of the most common medical procedures carried out in hospitals and also a frequent cause of infections, said Gary Kantor, co-founder of Best Care Always and honorary lecturer in the anaesthesiology department at UCT.

Studies in South African hospitals reveal poor hygiene practices and resultant high infection rates with regard to IVs. “What do we do? We need IV lines for antibiotics to treat sepsis. But we need to reduce infections because these infections kill.”

In line with the Best Care Always initiative Kantor advocates a regimen of hand hygiene; maximal barrier precautions; chlorhexidine skin antisepsis; optimal catheter site selection; and a daily review of line necessity with the prompt removal of unnecessary lines. “We need to make the right thing to do, the easy thing to do.”

The same could apply to catheter associated urinary tract infections (CAUTI) which are among the most common on-site hospital infections, said Belinda Richards, clinical epidemiologist at the Metropolitan Health Group, and associated with increased morbidity and mortality and contribute to AMR. “Between 12 percent and 25 percent of all hospital admissions will receive a urinary catheter during their hospital stay. In ICU catheter utilisation is 60% to 90%. But how necessary is it?”

According to one study 21% of catheters are not indicated at insertion while 41% to 58% in place are found to be unnecessary and 47% of catheter days had no justification. Catheter usage needs to be carefully monitored said Richards. “If you only do one thing, ask the question: ‘What is the reason for the catheter in this person today?’”

ICU is the most dangerous place to be in a hospital wherever you are in the world, according to Fathima Paruk, academic head of the  department of critical care at the University of Pretoria. “In private and public hospitals in South Africa there is a one-in-three chance of getting an infection.”

The escalation in AMR has led to an innovation gap in the creation of new drugs. “The belief is that new antibiotics will quickly become resistant,” said Paruk, “so why spend money on a non-profitable outcome? Currently there only 13 drugs in phase three trials and of those probably only two will be approved in the next few years.”

Are we already in the post-antibiotic era? No, said Adriano Duse, professor and head of clinical microbiology and infectious diseases at the University of the Witwatersrand. But that didn’t mean there wasn’t a good reason not to panic. “In South Africa we are worse than in Brazil and even worse than Argentina – two countries we tend to benchmark ourselves against.”

Duse addressed the complex ethical issues raised by AMR, such as the use of antimicrobial therapy in older adults and the role of the pharmaceutical industry, but it was his citing of philosopher and physician John Locke’s proposition that access to a valuable but scarce resource in the present morally obliges us to maintain it for the future that left the lingering question: Is there sufficient will to realise the hope of Alexander Fleming and avert the evil of AMR?

* This article by Stephen Coan was sponsored by BD Africa, but the reporting is editorially independent.