Ethnicity as a factor in vulnerability to COVID-19 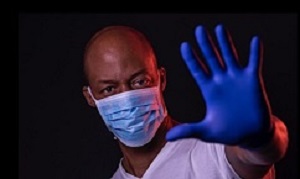 The head of the British Medical Association wants the an urgent investigation into the possible greater vulnerability of black, Asian and minority ethnic people to COVID-19, while in the US those cities starting to report data based on race, show an over-representation of victims who are black.

British concerns emerged after the first 10 doctors in the UK named as having died from the virus were BAME, reports The Guardian.

Those doctors have ancestry in regions including Asia, the Middle East and Africa. Even allowing for the over-representation of BAME staff in the National Health Service (NHS) – they comprise 44% of medical staff compared with 14% of the population of England and Wales – the fact that they were all from ethnic minorities was “extremely disturbing and worrying”, the BMA chair said.

“At face value, it seems hard to see how this can be random – to have the first 10 doctors of all being of BAME background,” Dr Chaand Nagpaul said. “Not only that, we also know that in terms of the BAME population, they make up about a third of those in intensive care. There’s a disproportionate percentage of BAME people getting ill.

The report says as well as the 10 doctors, three out of six nurses named as having died have also been BAME as was a hospital pharmacist and at least one healthcare assistant.

The overall death figures in the UK have not been broken down by ethnicity but early research published this week showed that 35% of almost 2,000 patients in intensive care units were non-white.

Nagpaul said BAME health professionals were understandably concerned about the deaths of their colleagues and what it might mean for them. The BMA chair said it might be too early to get firm answers but that it needed to be investigated.

The report says among the factors he speculated could be contributing was whether BAME doctors felt less able to complain about inadequate personal protective equipment (PPE) – a recurring complaint among healthcare workers during the crisis – thereby putting themselves in danger. “BAME doctors often feel bullied and harassed at higher levels compared to their white counterparts,” he said. “They are twice as likely not to raise concerns because of fears of recrimination.”

It is a story tinged with racism, as white, British doctors have largely dominated the prestigious disciplines while foreign doctors have typically found work in places and practices that are apparently putting them on the dangerous front lines of the coronavirus pandemic, reports The New York Times.

Excluded from the most prestigious disciplines, immigrant doctors have come to dominate so-called Cinderella specialties, like family and elderly medicine, turning them into pillars of Britain’s health system. And unlike choosier Britain-born doctors, they have historically gone to work in what one lawmaker in 1961 called “the rottenest, worst hospitals in the country,” the very ones that most needed a doctor. Those same places are now squarely in the path of the virus.

“Migrant doctors are architects of the NHS – they’re what built it and held it together and worked in the most unpopular, most difficult areas, where white British doctors don’t want to go and work,” said Dr Aneez Esmail, a professor of general practice at the University of Manchester. “It’s a hidden story.”

“When people were standing on the street clapping for NHS workers, I thought, ‘A year and a half ago, they were talking about Brexit and how these immigrants have come into our country and want to take our jobs,’” said Dr Hisham el-Khidir, whose cousin Dr Adil el-Tayar, a transplant surgeon, died on 25 March from the coronavirus in western London.

Indian-origin doctors in the UK have begun putting in place processes to conduct in-depth research into the role of ethnicity in greater susceptibility of some patients of South Asian origin to develop more severe symptoms of the novel coronavirus and die of the disease. "We have a team of researchers on this because it is important to analyse the factors behind these differentiating factors so that communities can put additional preventive measures in place," said Dr Ramesh Mehta, the president of the British Association of Physicians of Indian Origin (BAPIO), the main representative group for Indian doctors in the UK in a Livemint report.

BAPIO has written to the Chief Medical Officer of England, Professor Chris Whitty, and medical director of NHS England Stephen Powis, week requesting all the official data available on COVID-19 hospital admissions for its research. "The most recent ICNARC data of UK intensive care unit attendance is some of the first signals of the concern that COVID-19 has a more severe (lethal) phenotype in BAME groups, with more than 25% being Black or Asian, and more than a third being non-Caucasian," notes the letter. It adds: “We need a better understanding of the issues of BAME mortality in the context of the general population, particularly if it helps us manage sick and vulnerable groups, and so that we can be accurate in our messaging.

"We are therefore asking that the data for COVID cases, and most certainly those who have died as a result of the illness, incorporates ethnicity and profession, as well as the usual demographic data."

The report says the concern around the limited data available so far is also linked to hundreds of Indian-origin retired doctors answering the NHS call to arms for them to return to the hospital frontlines to assist during the mounting workload as a result of the pandemic.

Professor Parag Singhal, one of the doctors on the NHS frontlines said: "BAME doctors should discuss their underlying health issues with their employers to assess the risk."

"Just as there is uncertainty about future predictions for the population, we don’t fully understand the COVID-19 related impact on the workforce, and their safety is paramount," notes BAPIO in its letter, a copy of which has also been sent to NHS England and Public Health England.

In the US, meanwhile, a Washington Post analysis of early data from jurisdictions across the country found that the novel coronavirus appears to be affecting – and killing – back Americans at a disproportionately high rate compared to white Americans.

Majority black counties have three times the rate of infections and nearly six times the rate of deaths as majority white counties, according to the analysis. But based on what we know about the inequities in many black communities, the report says it does make sense. The report says some of the main causes why COVID-19 is apparently killing black Americans at a faster rate than other groups area:

The US Centres for Disease Control and Prevention released information stating that people with asthma may be at a greater risk of dying from coronavirus. “People of colour are more likely to live in densely packed areas and in multi-generational housing situations, which create higher risk for spread of highly contagious disease like COVID-19,” Adams said.

The cities of Chicago, New Orleans, Las Vegas and states of Maryland and South Carolina are among those now starting to report data based on race, and show an over-representation of victims who are black. BBC News reports that while some of this could be due to the long-standing inequality issues in the US, other reasons are perhaps more unexpected and could potentially have been dealt with.

Twenty-four-year-old Clarionta Jones from New Orleans: "First I heard black people weren't affected by the coronavirus. I mean there aren't really black people in China and when it started here it was a lot of other races affected." The report says this was not just misinformation in New Orleans but was widespread in communities across the country.

In mid-March, Atlanta rapper Waka Flocka appeared on a radio show and said: "Minorities can't catch coronavirus. Name one. It doesn't touch them soul food folks." In retrospect, some health experts feel more could have been done to fill a vacuum in knowledge about the virus much earlier.

The report says rumours that people with dark skin may be immune to COVID-19 have been circulating on social media since late January. The speculation was apparently initially fuelled by the absence of coronavirus cases reported in Africa and the successful recovery in China of a Cameroonian student infected with the virus. Several posts circulated on Facebook in mid-February wrongly claimed that the 21-year-old had been cured of the disease "because of his black skin".

But of course, the report says there is no evidence that his recovery had anything to do with his complexion.

As health commissioner in a city where nearly 40% of the residents are black, this misinformation was something Dr Jeanette Kowalik dealt with on a daily basis in her work in Milwaukee, Wisconsin. She lays bare what she thinks is the major reason why African Americans are at a disadvantage when it comes to COVID-19. "African-Americans have more of the underlying health conditions associated with fatality (among those with coronavirus); the heart disease, diabetes, asthma, obesity," says Kowalik.

She also talks of more subtle ways in which the health of African Americans may be compromised, pointing to studies that suggest that prolonged raising of stress hormone levels like cortisol lead to premature aging of the body, and that some of that "weathering" has been tied to encountering racism. "These are all things that can be tied back to the structural racism, the policies and practices that have been in place in this country for a very long time," she says.

Kowalik says the way African Americans are being impacted by this crisis and the difficulties that remain in getting a coronavirus test in low-income communities has left people feeling they are being neglected yet again.