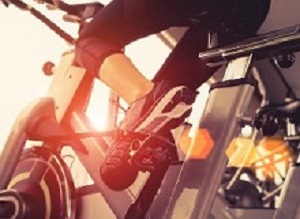 Exercise could be just as effective in lowering high blood pressure as prescribed medication, according to a review of 400 trials.

Researchers pooled data from nearly 400 trials and found that for people with high blood pressure, activity such as walking, swimming and simple weight training seemed to be just as good as most drugs used to treat it. However, the team warns people should not stop taking their medication until further studies are carried out.

The team found that blood pressure was lower in people treated with drugs than in those following structured exercise programmes. But when the analysis was restricted to just those with high blood pressure, exercise seemed to be just as effective as medication.

A combination of endurance exercise, such as cycling and walking, and dynamic resistance training, such as weight training, was found to be particularly effective in reducing blood pressure.

“We don’t think, on the basis of our study, that patients should stop taking their antihypertensive medications,” says Naci. It’s one thing to recommend that physicians start prescribing exercise to their patients, but we also need to ensure that the patients that have been referred to exercise interventions can adhere to them and so really derive benefit, he says.

High blood pressure, also known as hypertension, affects more than one in four adults in the UK, although many people will not realise they have it. If untreated, it can increase the risk of problems such as heart attacks and strokes.

Abstract
Objective: To compare the effect of exercise regimens and medications on systolic blood pressure (SBP).
Data sources: Medline (via PubMed) and the Cochrane Library.
Eligibility criteria: Randomised controlled trials (RCTs) of angiotensin-converting enzyme inhibitors (ACE-I), angiotensin-2 receptor blockers (ARBs), β-blockers, calcium channel blockers (CCBs) and diuretics were identified from existing Cochrane reviews. A previously published meta-analysis of exercise interventions was updated to identify recent RCTs that tested the SBP-lowering effects of endurance, dynamic resistance, isometric resistance, and combined endurance and resistance exercise interventions (up to September 2018).
Design: Random-effects network meta-analysis.
Outcome: Difference in mean change from baseline SBP between comparator treatments (change from baseline in one group minus that in the other group) and its 95% credible interval (95% CrI), measured in mmHg.
Results: We included a total of 391 RCTs, 197 of which evaluated exercise interventions (10 461 participants) and 194 evaluated antihypertensive medications (29 281 participants). No RCTs compared directly exercise against medications. While all medication trials included hypertensive populations, only 56 exercise trials included hypertensive participants (≥140 mmHg), corresponding to 3508 individuals. In a 10% random sample, risk of bias was higher in exercise RCTs, primarily due to lack of blinding and incomplete outcome data. In analyses that combined all populations, antihypertensive medications achieved higher reductions in baseline SBP compared with exercise interventions (mean difference −3.96 mmHg, 95% CrI −5.02 to −2.91). Compared with control, all types of exercise (including combination of endurance and resistance) and all classes of antihypertensive medications were effective in lowering baseline SBP. Among hypertensive populations, there were no detectable differences in the SBP-lowering effects of ACE-I, ARB, β-blocker and diuretic medications when compared with endurance or dynamic resistance exercise. There was no detectable inconsistency between direct and indirect comparisons. Although there was evidence of small-study effects, this affected both medication and exercise trials.
Conclusions: The effect of exercise interventions on SBP remains under-studied, especially among hypertensive populations. Our findings confirm modest but consistent reductions in SBP in many studied exercise interventions across all populations but individuals receiving medications generally achieved greater reductions than those following structured exercise regimens. Assuming equally reliable estimates, the SBP-lowering effect of exercise among hypertensive populations appears similar to that of commonly used antihypertensive medications. Generalisability of these findings to real-world clinical settings should be further evaluated.