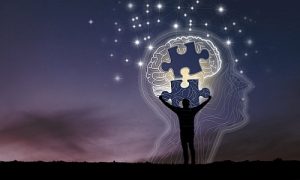 The US Food & Drug Administration is under unparalleled pressure over its decision on novel Alzheimer's drug aducanumab, writes Medicalbrief. Advocacy groups, desperate for the first disease-modifying therapies for dementia, joined Biogen to lobby for approval after an FDA advisory committee overwhelmingly recommended against.

But, writing in The New York Times, two medical scientists argued strongly against, saying not only does aducanumab not work, but it would create a dangerous precedent for future drug development.

Prof Michael Greicius, director of the Stanford Center for Memory Disorders, and Prof Caleb Alexander, of Johns Hopkins Bloomberg School of Public Health and member of the FDA advisory committee on
aducanumab, write:

The decision will be will set the bar for market entry and define standards of care against which future drug candidates will be tested. That’s why the agency should reject it, despite support from patient advocacy groups and pressure from the manufacturer. It hasn’t yet been shown to work.

Alzheimer’s is a progressive brain disorder that gradually robs patients of their ability to remember, plan, speak and, ultimately, move. It is a fatal condition and we have no medications that can slow its relentless progression.

Substantial human and financial resources have been marshalled to slow or stop it. As physicians who care for patients with Alzheimer’s, we are concerned [at] pressure building around the FDA’s pending action on a new product, aducanumab, codeveloped with Eisai. Indeed, two advocacy groups for patients, the Alzheimer’s Association and Us Against Alzheimer’s, support the drug’s approval.

What appears to be an unusually close collaboration between the FD. and Biogen only adds to our concern. The group Public Citizen argues that the collaboration “dangerously compromised the independence and objectivity” of the FDA’s “senior staff and clinical reviewers.”

Aducanumab is one in a series of experimental treatments that involve injecting patients with an antibody meant to remove fragments of brain beta amyloid, a protein considered critical to the development of Alzheimer’s. Several of these possible treatments have been shown to reduce brain levels of amyloid.

However, none of these antibodies, including aducanumab, have demonstrated a convincing effect on slowing progression of the disease. More than 25 clinical trials have tested the unproven “amyloid cascade” hypothesis and not one has been successful.

To assess the efficacy of aducanumab, two large studies of the drug versus placebo were performed. The trials were stopped in March 2019 because the drug didn’t appear to be effective. But analysis of additional data showed that in the first, there was a small slowing of decline in a group of patients receiving a high dose of the treatment.

Another group received a low dose of the antibody and continued to decline at a rate that was not statistically different from that in patients receiving a placebo. In the second study, patients receiving aducanumab, whether at a high or low dose, declined at the same rate as patients on placebo.

While there is precedent for the FDA approving a treatment based on substantial evidence generated from a single trial, the limited evidence provided by the first of the two large aducanumab trials, the outright failure of the second and many other inconsistencies hardly meet this threshold. An FDA advisory committee agreed and expressed with near unanimity serious concerns with the evidence to date.

Despite this, Biogen has done everything it can in news releases and investor reports, and at scientific conference presentations, to explain away the uncomfortable and disappointing fact that this product has not been proved to work.

Biogen says that the results from the failed trial would have been positive had investigators followed the patients longer and that analysis of a subset of patients with longer exposure to the high dose in the second trial supports the positive findings of the first trial. But this post hoc justification simply cannot replace additional, well-designed, blinded, placebo-controlled randomised trials.

Given our lack of effective treatments, some may argue that aducanumab is better than nothing. We strongly disagree. In the aducanumab trials, three out of 10 patients exposed to a high dose had brain swelling as a complication, and although this was usually asymptomatic, in some patients it led to confusion, disorientation and falls.

Approving aducanumab without persuasive evidence that it actually works will only slow the discovery of what we need most — treatments that we can be confident actually work.

The Independent writes that Dr Susan Kohlaas, director of research at Alzheimer’s Research UK, said the potential treatment offered “huge hope”. “It’s really important that we start to see the first disease-modifying therapies for dementia come through.This could be a really important step in changing the whole research field.”

Biopharmadive writes that Biogen's bet-the-company decision will either pay off in spectacular fashion with a landmark clearance or go bust with a rejection that would carry heavy consequences for the drugmaker and the scientific hypothesis that birthed its drug. For the FDA, which has already extended its review once, the choice could reshape its reputation and that of its leaders.

The path Biogen's drug took to reach the FDA's door is among the most unusual in regulatory history, and one of the most highly scrutinised. Strikingly, the regulator played a direct role in encouraging Biogen's reassessment of its negative clinical trial results — support that has little, if any, precedent. Their collaboration has drawn considerable criticism, particularly at a contentious advisory meeting last November when a panel of independent experts voted overwhelmingly against the drug.

"The community of patients and families is rather desperate," said Prof Constantine Lyketsos, an Alzheimer's specialist at Johns Hopkins University. "I think there will be a substantial number of patients that will ask for and in some instances look for the doctor who will give them this drug."

Yet physicians worry about offering false hope for a treatment that, at best, modestly slows patients' decline and comes with notable side effects for some. Aducanumab is also likely to be costly, with some Wall Street analysts predicting a price tag in the tens of thousands of dollars per year.