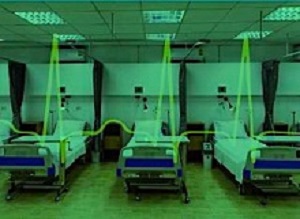 It is not the principle of universal health coverage which is the problem, but the manner in which government is trying to implement it, says the Helen Suzman Foundation.

The HSF has urged government to withdraw the NHI Bill, adding that a properly functioning public health service should rather be put in place and suggesting that the private health sector be better regulated, owing to serious problems.

The Helen Suzman Foundation supports the underlying concept of universal health coverage. However, in its submission to the Portfolio Committee on Health on the National Health Insurance Bill, the HSF makes it clear that the Bill cannot be considered to be the product of a rational process, as a result of grossly inadequate research, planning and analysis, concerning the operational, administrative and financial aspects of the NHI. In addition, the lack of detail provided does not enable the current public consultation process to be legally valid, as it is impossible to comment on far-reaching draft legislation on the basis of too little information.

It is commonly accepted that government has been unable to manage the public health sector in an acceptable manner. This is shown by the 2016/17 Annual Inspection Report by the Office of Health Standards Compliance, which found that out of 851 public sector health establishments, 62% were non-compliant with norms and standards for healthcare quality. At the same time, government has failed to regulate the private health sector, as was found by the Health Market Inquiry in its report of 30 September 2019.

Against this background, government now proposes to establish an NHI which it will itself control and manage, and which is intended to serve as the single purchaser of health care services from both the public and private sectors.

Government has not explained how the NHI will ensure health services of an acceptable quality. It has not completed a feasibility study for this massive enterprise and is unable to provide an estimate as to what it will cost, although it states that the NHI will be funded by tax revenues. It is therefore impossible to estimate the increase in tax that is required to fund it. The Department of Health does not seem to have taken any notice of National Treasury’s opinion, as reflected in the 2019 Medium Term Budget Policy Statement of 30 October 2019, that given the macroeconomic and fiscal outlook, the estimates to roll out the NHI are no longer affordable.
In effect, the content of the Bill and the comments by persons who are promoting the NHI, create the impression that the NHI is being invented as it goes along. As a consequence, the NHI project has led to a great deal of insecurity amongst the South African public in general, and in particular, professionals and employees in the health care sector (both public and private).

No independent oversight is envisaged for the NHI and all power is concentrated in the minister. Given the well-known consequences in South African state-owned entities of a lack of governance, little accountability and widespread financial mismanagement, this is not acceptable. The poor oversight by government of state-owned entities in general is confirmed beyond doubt by the most recent auditor-general’s report on national and provincial audit outcomes, which was made public on 20 November 2019.

This report states that no state-owned enterprises managed to obtain a clean audit opinion, that the overall audit outcomes of these enterprises are the worst they have ever been and that – “The root causes of the regression in the overall audit outcomes of SOEs were weak internal control environments, instability in appointed senior management positions, and a lack of implemented action plans to address previously reported audit findings.”

What therefore needs to be done, if universal health coverage is to be pursued?
First of all, a properly functioning public health service has to be put in place. Here it is more the issues of management and accountability that have to be addressed, not financial ones;
Secondly, a private sector health service that is properly regulated by Government;
Thirdly, the private sector needs to be consulted in a substantive manner on the NHI, as a lack of co-operation and commitment by the private sector will effectively torpedo the implementation of the whole NHI structure. A new system can only succeed with the consent and support of health care service providers and it is naïve of government to imagine otherwise; and
fourthly, clarity has to be obtained as to the cost of the NHI and confirmation from National Treasury that the project is affordable.

Once these goals have been achieved, the NHI can be reconsidered.

The effect of the way in which the NHI project is being driven by government should not be underestimated: any attempt to deal with a major project such as the NHI in a manner which lacks credibility, will inevitably have a detrimental effect on the perception of government’s general ability to deal with a challenging economic and financial situation.

It is not the principle of universal health coverage which is the problem, but the manner in which government is trying to implement it. As a result, further damage will be done to business confidence, which is a crucial element in investment decisions and ultimately, in driving economic growth and increasing employment. In the fourth quarter of 2019, the RMB/BER Business Confidence Index was at its lowest point since 2009.

We recommend that the Bill be withdrawn.