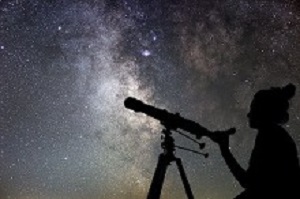 Countries with greater gender equality see a smaller proportion of women taking degrees in science, technology, engineering and mathematics (STEM), a new study has found. Policymakers could use the findings to reconsider initiatives to increase women's participation in STEM, say the researchers.

Dubbed the “gender equality paradox”, the research found that countries such as Albania and Algeria have a greater percentage of women amongst their STEM graduates than countries lauded for their high levels of gender equality, such as Finland, Norway or Sweden.

The researchers, from Leeds Beckett University in the UK and the University of Missouri in the US, believe this might be because countries with less gender equality often have little welfare support, making the choice of a relatively highly-paid STEM career more attractive.

The study also looked at what might motivate girls and boys to choose to study STEM subjects, including overall ability, interest or enjoyment in the subject and whether science subjects were a personal academic strength.

Using data on 475,000 adolescents across 67 countries or regions, the researchers found that while boys' and girls' achievement in STEM subjects was broadly similar, science was more likely to be boys' best subject. Girls, even when their ability in science equalled or excelled that of boys, were often likely to be better overall in reading comprehension, which relates to higher ability in non-STEM subjects. Girls also tended to register a lower interest in science subjects. These differences were near-universal across all the countries and regions studied.

This could explain some of the gender disparity in STEM participation, as Gijsbert Stoet, professor in psychology from Leeds Beckett University explains: "The further you get in secondary and then higher education, the more subjects you need to drop until you end with just one. We are inclined to choose what we are best at and also enjoy. This makes sense and matches common school advice." he said. "So, even though girls can match boys in terms of how well they do at science and mathematics in school, if those aren't their best subjects and they are less interested in them, then they're likely to choose to study something else."

The researchers also looked at how many girls might be expected to choose further study in STEM based on these criteria. They took the number of girls in each country who had the necessary ability in STEM and for whom it was also their best subject and compared this to the number of women graduating in STEM. They found there was a disparity in all countries, but with the gap once again larger in more gender equal countries. In the UK, 29% of STEM graduates are female, whereas 48% of UK girls might be expected to take those subjects based on science ability alone. This drops to 39% when both science ability and interest in the subject are taken into account.

Co-researcher Professor David Geary from the University of Missouri said: "Although countries with greater gender equality tend to be those where women are actively encouraged to participate in STEM, they lose more girls from an academic STEM track who might otherwise choose it, based on their personal academic strengths. Broader economic factors appear to contribute to the higher participation of women in STEM in countries with low gender equality and the lower participation in gender-equal countries."

Countries with higher gender equality tend also to be welfare states, providing a high level of social security for their citizens, compared to those with lower gender equality which tend to have less secure and more difficult living conditions. Using the UNESCO overall life satisfaction (OLS) figures as a proxy for economic opportunity and hardship, the researchers found that in more gender equal countries, overall life satisfaction was higher.

Stoet said: "STEM careers are generally secure and well-paid but the risks of not following such a path can vary. In more affluent countries where any choice of career feels relatively safe, women may feel able to make choices based on non-economic factors. Conversely, in countries with fewer economic opportunities, or where employment might be precarious, a well-paid and relatively secure STEM career can be more attractive to women."

Geary adds: "Essentially when you lessen economic concerns, as is the case in gender-equal countries, personal preferences are more strongly expressed. In this situation, sex differences in academic strengths and occupational interests more strongly influence college and career choices, creating the STEM paradox we describe."

Despite extensive efforts to increase participation of women in STEM, levels have remained broadly stable for decades, but these findings could help target interventions to make them more effective, say the researchers.

"It's important to take into account that girls are choosing not to study STEM for what they feel are valid reasons, so campaigns that target all girls may be a waste of energy and resources," said Stoet. "If governments want to increase women's participation in STEM, a more effective strategy might be to target the girls who are clearly being 'lost' from the STEM pathway: those for whom science and maths are their best subjects and who enjoy it but still don't choose it. If we can understand their motivations, then interventions can be designed to help them change their minds."

Abstract
The underrepresentation of girls and women in science, technology, engineering, and mathematics (STEM) fields is a continual concern for social scientists and policymakers. Using an international database on adolescent achievement in science, mathematics, and reading (N = 472,242), we showed that girls performed similarly to or better than boys in science in two of every three countries, and in nearly all countries, more girls appeared capable of college-level STEM study than had enrolled. Paradoxically, the sex differences in the magnitude of relative academic strengths and pursuit of STEM degrees rose with increases in national gender equality. The gap between boys’ science achievement and girls’ reading achievement relative to their mean academic performance was near universal. These sex differences in academic strengths and attitudes toward science correlated with the STEM graduation gap. A mediation analysis suggested that life-quality pressures in less gender-equal countries promote girls’ and women’s engagement with STEM subjects.