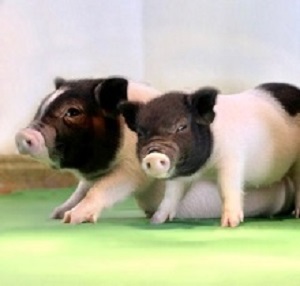 In a striking advance that helps open the door to organ transplants from animals, researchers have created gene-edited piglets cleansed of viruses that might cause disease in humans, reports The New York Times. The experiments may make it possible one day to transplant livers, hearts and other organs from pigs into humans, a hope that experts had all but given up.

If pig organs were shown to be safe and effective, “they could be a real game changer,” said Dr David Klassen, chief medical officer at the United Network for Organ Sharing, a private, non-profit organisation that manages the nation’s transplant system in the report.

There were 33,600 organ transplants last year, and 116,800 patients on waiting lists, according to Klassen, who was not involved in the new study. “There’s a big gap between organ supply and organ demand,” he said.

Dr George Church, a geneticist at Harvard Medical School who led the experiments, said the first pig-to-human transplants could occur within two years.

The report says the new research combines two great achievements in recent years – gene editing and cloning – and is unfolding quickly. But the work is novel and its course unpredictable, Klassen noted. It may be years before enough is known about the safety of pig organ transplants to allow them to be used widely.

The idea of using pigs as organ factories has tantalised investigators for decades, the report says. Porcine organs can be the right size for human transplantation, and in theory, similar enough to function in patients. But the prospect also raises thorny questions about animal exploitation and welfare. Already an estimated 100m pigs are killed in the US each year for food.

Scientists pursuing this goal argue that the few thousand pigs grown for their organs would represent just a small fraction of that total, and that they would be used to save human lives. The animals would be anaesthetised and killed humanely.

The report says major religious groups have already weighed in, generally concluding that pig organs are acceptable for lifesaving transplants, noted Dr Jay Fishman, co-director of the transplant programme at Massachusetts General Hospital. Pig heart valves already are routinely transplanted into patients. (Some leaders in the Jewish and Muslim communities, though, do not endorse pig kidneys for transplant, reasoning that patients with kidney failure can survive with dialysis.)

The report says scientists began pursuing the idea of pig organs for transplant in the 1990s. But in 1998, Fishman and his colleagues discovered that hidden in pig DNA were genes for viruses that resembled those causing leukaemia in monkeys. When researchers grew pig cells next to human embryonic kidney cells in the laboratory, these viruses – known as retroviruses – spread to the human cells. Once infected, the human cells were able to infect other human cells.

Fears that pig organs would infect humans with bizarre retroviruses brought the research to a halt. But, the report says, it was never clear how great this threat really was, and as years have gone by, many experts, including Fishman, have become less concerned. Some patients with diabetes have received pig pancreas cells, hidden in a sort of sheath so the immune system will not reject them. And burn patients sometimes get grafts made of pig skin. The pig skin is eventually rejected by the body, but it was never meant to be permanent anyway. There is no evidence that any of these patients were infected with porcine retroviruses. In any event, said Dr A Joseph Tector, a transplant surgeon at the University of Alabama at Birmingham, pig retroviruses are very sensitive to the drugs used to treat HIV.

Church and his colleagues thought the retrovirus question could be resolved with Crispr, the new gene-editing technology. They took cells from pigs and snipped the viral DNA from their genomes. Then the scientists cloned the edited cells. Each pig cell was brought back to its earliest developmental stage and then slipped into an egg, giving it the genetic material to allow the egg to develop into an embryo. The embryos were implanted in sows and grew into piglets that were genetically identical to the pig that supplied the initial cell.

Cloning often fails; most of the embryos and fetuses died before birth, and some piglets died soon after they were born. But Church and his colleagues ended up with 15 living piglets, the oldest now 4 months old. None have the retroviruses, the report says.

Church founded a company, eGenesis, in hopes of selling the genetically altered pig organs. Eventually, Church says, the company wants to engineer pigs with organs so compatible with humans that patients will not need to take anti-rejection drugs.

However, the report says, Dr David Sachs, a professor of surgery at Columbia University, was sceptical that it would be straightforward to make pigs with such compatible organs. “I am afraid that he may find these goals more difficult to achieve than he expects, but I would be happy to be mistaken,” said Sachs, who is also studying ways to create pigs suitable for organ donation.

Part of the organ rejection problem is already being solved with gene editing and cloning. It is an issue that emerged in the early 1980s when surgeons put a pig heart into a baboon. To their shock, the baboon died in minutes.

Researchers soon discovered that pig organs are covered with carbohydrate molecules that mark the organs for immediate destruction by human antibodies.

Dr David Cooper, at the University of Alabama at Birmingham, and his colleagues, including Tector, have used gene editing and cloning to make pigs without the carbohydrates on the surfaces of their organs. They successfully transplanted hearts and kidneys from those pigs into monkeys and baboons. So far, the animals have lived more than a year with no problems, Tector said.

They also gave insulin-producing islet cells from a pig to diabetic monkeys, and the monkeys lived for a year without requiring insulin. In partnership with United Therapeutics, the group has already built a farm for gene-edited pigs.

Church says he, too, is making pigs whose organs lack the carbohydrates, and he wants to combine the two advances so the organs also do not have retroviruses. The report says the Alabama group, though, does not think pig retroviruses are a major concern.

Surgeons are used to evaluating the risks of infection from transplanted organs, Tector said. The advantage of the transplant to the desperately ill recipient often outweighs that risk.

The report says to some, the idea of growing pigs to create organs is distasteful. Many patients may prefer a human organ, Cooper acknowledged, but that is not always possible. “About 22 people a day die waiting for a transplant,” he said. “If you could help them with a pig organ, wouldn’t that be wonderful?”

Abstract
Xenotransplantation is a promising strategy to alleviate the shortage of organs for human transplantation. In addition to the concern on pig-to-human immunological compatibility, the risk of cross-species transmission of porcine endogenous retroviruses (PERVs) has impeded the clinical application of this approach. Earlier, we demonstrated the feasibility of inactivating PERV activity in an immortalized pig cell line. Here, we confirmed that PERVs infect human cells, and observed the horizontal transfer of PERVs among human cells. Using CRISPR-Cas9, we inactivated all the PERVs in a porcine primary cell line and generated PERV-inactivated pigs via somatic cell nuclear transfer. Our study highlighted the value of PERV inactivation to prevent cross-species viral transmission and demonstrated the successful production of PERV-inactivated animals to address the safety concern in clinical xenotransplantation.