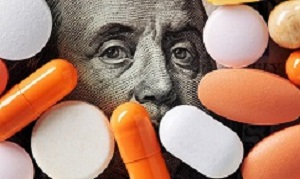 In a finding that may surprise many, South Africa ranked among the lowest on the cost of 13 common medicines in a 50-nation study by UK digital healthcare provider Medbelle, writes MedicalBrief. SA came in at 45 with costs 54% below the global median, while the United States has the most expensive medication, costing 307% more than the global median.

While price differences are to be expected, the cost deviation is “extreme”, says Medbelle, which hopes to spark discussion on immense inequalities between countries in accessibility and cost-effectiveness of healthcare.

The Medicine Price Index 2019 study reveals the differences in cost for the same medicines around the world, including the percentage deviation from the median price in each of 50 countries. The medicines are prevalent pharmaceutical compounds.

After the United States in terms of high medicine costs comes Germany (+125.64% more than the global median) and the United Arab Emirates (+122.03%).

“The medication with the highest price deviation from the global median is the blood pressure drug Lisinopril (brand name Zestril), which costs +2,682.56% more in the US than the global median price,” says Medbelle.

Digital healthcare provider Medbelle has released a study revealing the differences in the cost of medicine across the globe. As a follow-up to research that examined the accessibility of the world’s best hospital systems, Medbelle decided to further investigate one of the most common barriers to healthcare access in many locations: the price of medicine.

The result is a comparative index across 50 countries which reveals the differences in cost of some of the most widely recognised and indispensable medications.

How the study was conducted

To begin the study, 13 prevalent pharmaceutical compounds were selected in order to make a comparison on a dollar-for-dollar basis of how much medicines cost in different countries, regardless of whether covered by a healthcare system, or paid directly from the individual’s pocket.

The medications chosen for comparison span a variety of common conditions; from heart disease and asthma, to anxiety disorders and erectile dysfunction. The average prices of both the brand compound and their generic versions were included in order to have a complete profile of each medication. Lastly, the dosage size was normalised in order to make the price comparable.

Once all these figures were collected, it was possible to calculate the median price for each compound across the 50 countries, as well as how far the actual price per dose in each country deviates from the median global cost.

The results range from a +306.82% deviation in the United States, to -93.93% in Thailand, highlighting a disparity in what patients pay for the same medicine across the world.

The final index compares costs and deviations from the global median to reveal the differences in medication prices worldwide.

information on the results page: https://www.medbelle.com/medicine-price-index-usa

The tables below reveal a sample of results for the top and bottom 10 countries with the most and least expensive medication costs in the world:

If you wish to see where your country ranks for each of the medications, including the actual prices of both the original and generic compounds, please refer to the landing page here:

Highest and Lowest Percentage Deviations for Each Medication

Below you will find key findings from the study, according to the percentage deviations from the global median for each condition/medication.

All percentages deviate from the 0% median, meaning the higher the percentage, the more expensive the medication and vice versa for the lower.

If you wish to see where your country ranks for each of these medications, including the actual prices of both the original and generic compounds, please refer to the landing page here: https://www.medbelle.com/medicine-price-index-usa

“One of the most glaring results of the study is how much higher the cost of medicine is in the United States in comparison to the rest of the world,” comments Daniel Kolb, Co-Founder and Managing Director at Medbelle.

“Take Insulin for example; our study shows that Americans pay around five and a half times more than the global median for the life-saving diabetes medication. To put it into perspective, imagine if an everyday item like a gallon of milk cost $3.50 in Canada, but $22.85 across the border in the US.”

Kolb continues: “We believe in the digitalisation of healthcare and as such have made it our mission to increase transparency regarding price and quality. With this study, we hope to provide patients with a similar standard of transparency when it comes to medicine prices around the world."

“There have been multiple studies on the cost of medicine, but never on such a scale as large and comparative as this. By indexing the costs of these medications around the world side-by-side, our study puts the great disparity of prices between them into sharp relief.

“For example, the fact that there is a 2,772.92% difference in the price of high blood pressure medication Zestril between Indonesia and the US is startling,” Kolb comments further.

“Generally, due to different levels of taxation, transportation cost, purchasing power, levels of income and patents, some price differences across borders are to be expected. However, the deviation unveiled by this study is extreme.

“It is our hope that this index can be used to further the discussion around the immense inequality between countries when it comes to the accessibility and cost-effectiveness of healthcare.”

Samples for Insulin Glargine and Viagra

A sample of results for Insulin Glargine (Lantus) shows the top and bottom 10 countries with the highest and lowest price deviation from the median:

The table below reveals a sample of results for Viagra (Sildenafil), showing the top and bottom 10 countries with the highest and lowest price deviation from the median:

As the first digital hospital, Medbelle leverages technology and its network of hand-picked hospitals and medical specialists to provide the highest possible quality of care to patients. Medbelle’s people-centred digital platform and care experts ensure seamless healthcare experiences with a unique personal touch all while reducing cost.

This is how the healthcare platform has become the highest-rated medical provider in the UK since its inception in 2016. From procedure information to consultation, surgery, and aftercare, Medbelle aims to revolutionise healthcare for the better.