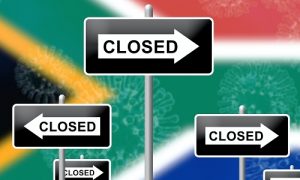 Following the arrival of the Delta variant, the quest for “zero COVID” by means of lockdown is faltering, with the medical evidence ambivalent and public resistance growing, writes MedicalBrief. And the laissez-faire Swedish model is getting a second look from initially sceptical epidemiologists and policy makers.

The Infectious Diseases Society of America has estimated that Delta had pushed the threshold for herd immunity to well more than 80% and possibly close to 90%. It is also unclear how long natural immunity gained from surviving Covid-19 will last, and whether it will be effective at fighting off new strains. Future variants, including some that could evade immunity even more efficiently than Delta.

In the UK, the independent SAGE organisation last year published a major report calling for “a Zero COVID UK”. They pointed to countries in East Asia and the antipodes that largely kept out the virus, resulting in relatively few deaths, limited time in lockdowns and a strong economic performance.

Sydney entered what was meant to be a two week lockdown in June – it has now dragged on for eight weeks with no end in sight. The daily cases have risen from 22 at the time the lockdown was announced to more than 800 this week and they remain on an exponential growth curve. New Zealand is similarly facing rising case numbers despite re-entering harsh lockdowns in recent weeks. Taiwan, Vietnam, South Korea and China have also plunged millions into lockdown over recent months.

The highly infectious Delta variant is making elimination difficult, if not unachievable, while vaccines, which substantially reduce hospitalisations and deaths, have long since made it a pointless goal.

Australia and South Korea have fully vaccinated less than one-quarter of their population. New Zealand’s Jacinda Ardern, who formally recommitted to a Zero COVID strategy just a few weeks ago, has managed just one-in-five. Japan and Hong Kong have done abetter at around two-in-five. Vietnam has done less than 2% and Taiwan less than 4%.

Singapore largely eliminated COVID last year, but, as a small trading nation dependent on the movement of people, has abandoned the approach. In a major address in May, Prime Minister Lee Hsien Loong said that COVID would “remain with humankind and become endemic” and we must “learn to carry on with our lives” without closing borders.

Divergence in the antipodes

This week, Australia Prime Minister Scott Morrison said that despite concerns in some states about the impact of a surge in cases in Sydney, the nation needed “to start to learn to live with COVID-19 when higher vaccination targets are reached”. With more than half of all Australians stuck in weeks-long lockdowns to curb the highly infectious Delta strain, Morrison said the country had to move forward and start reducing restrictions as more people became vaccinated.

At the weekend, more than 250 people protesting against coronavirus lockdowns in Australia were arrested and many others face fines for defying health orders. At least seven police officers were treated for injuries after skirmishes broke out at some of the demonstrations on Saturday, which took place in multiple cities nationwide. The police issued more than 200 fines, each for more than Aus$5,400.

Australia, grappling to control a third wave of the coronavirus, has locked down more than half of its 25 million population, including its largest cities, Sydney and Melbourne, and is accelerating an initially sluggish vaccine rollout. Around 31% of people aged over 16 have been fully vaccinated, while 54% have had at least one dose.

However, in New Zealand, the COVID-19 response minister Chris Hipkins says the country will not “throw in the towel” with its elimination strategy, as cases continue to rise. New Zealand announced 63 new cases of COVID-19 on Wednesday (25 August), bringing the total to 210 cases. It is the largest single-day jump since the outbreak began last week, and 12 people are hospitalised with the virus.

“To New Zealanders at home who are saying, ‘is this still the right strategy?’, it’s too soon to throw in the towel,” he said. “We’ve come this far, it would be an absolute waste for us to give up on this now. We still want to drive this particular outbreak of COVID-19 out of our community and get back to a sense of normality.

“Of course we do want to get to the point where lockdowns aren’t the answer to potential outbreaks within the community, but we’re not there yet, and we’re certainly not willing to give up before we get to that point,” he said.

His comments echoed those of the prime minister, Jacinda Ardern, on Monday: “For now, everyone is in agreement: elimination is the strategy. There is no discussion or debate among any of us about that, because that is the safest option for us while we vaccinate our people,” she said.

Support for the government’s approach to COVID remains high in New Zealand. According to polling conducted by The Spinoff and released on Wednesday, just 10% of New Zealanders did not think elimination was the right strategy. Sixty-nine percent still backed the approach, and 21% said they were unsure. An additional poll found 84% of New Zealanders supported the decision to move into lockdown last week.

In Sweden, although the start of the new school year and the arrival of the Delta hit the country hard, with cases doubling since the end of July, there has not been a noticeable clamour for a change to the country's policy of living with the virus, reports The Telegraph. Two-thirds of people are not worried about the consequences of the pandemic for them and their family, according to the most recent opinion survey for the Civil Contingencies Agency, carried out in mid-June. Just a quarter felt the authorities should have given public health greater priority over the economy.

That is not to say the virus has not taken its toll – nearly 15,000 people have died in total, around 1,450 per million. But that death rate is lower than the average for the European Union as a whole (1,684), and well below those of France, Spain, Italy and the UK.

"Many times I would have thought that the situation would have gone a different way, but it worked for Sweden," said Samir Bhatt, professor of Public Health at the University of Copenhagen, and one of the team at Imperial College who pushed the UK's lockdown strategy. “They achieved infection control; they managed to keep infections relatively low and they didn't have any healthcare collapse.”

At the end of the first wave last year, the IMF predicted that Sweden's economy would contract by seven percent in 2020. In the end, GDP shrank by just 2.8 percent, significantly lower than the EU average of six percent and the UK – a staggering 9.8 percent.

Sweden's economy has also bounced back faster than any other country in Europe. By June, GDP had overtaken where it was before the pandemic struck and the economy is estimated to grow by 4.6 percent this year.

The psychological toll of the pandemic also appears to have been less dramatic in Sweden, reports The Telegraph. The National Board of Health and Welfare reported a continuation in the decline in the number of people seeking treatment for anxiety and depression, particularly among children and young adults.

However, Bhatt points out that for all of its successes, Sweden saw more COVID fatalities than its Nordic neighbours who took a more interventionist approach. The death rate was between three and four times that of Denmark, and nearly 10 times those of Finland and Norway – suggesting Swedes died who didn’t need to.

In a paper published in Nature, Bhatt, with the UK's former government advisor Neil Ferguson and other researchers, estimated that if the UK had adopted Sweden’s policies, its death rate would have been between two and four times higher. "What Sweden did was a pandemic response that involved large numbers of interventions, a considerable amount of reliance on population behaviour and population adherence, and a reliance on the intricacies of what makes Swedish culture Swedish culture,” Bhatt said.

Zero COVID a “religion of repentance”

Columnist Mathew Lesh, writing in the Daily Telegraph, says there that there has been “an extraordinary reversal in fortunes” between the countries most committed to lockdowns and those who took a more pragmatic and nuanced approach. “The countries that failed to eliminate COVID last year have managed to vaccinate widely, restore freedoms and get on with life. Zero COVID jurisdictions are stuck, struggling to move on from the pandemic,” writes

“ Zero COVID is a religion filled with repentance, ritual sacrifice and false promises, It means living with disruptive snap lockdowns in response to tiny case numbers. Outdoor mask requirements, evening curfews and closed playgrounds. Not seeing friends and family for months at a time. The shooting dead of rescue dogs to prevent volunteers from travelling to a shelter. Police firing pepper balls at protestors in violent city scenes. Closed borders forbidding destitute citizens from returning home or loved ones saying goodbye to dying relatives.”

The Telegraph article – The Sweden experiment: how no lockdowns led to better mental health, a healthier economy and happier schoolchildren (Restricted access)

US may pay heavy price for being 'an accidental Sweden'