Groundbreaking UCT study upends theory on how TB is spread 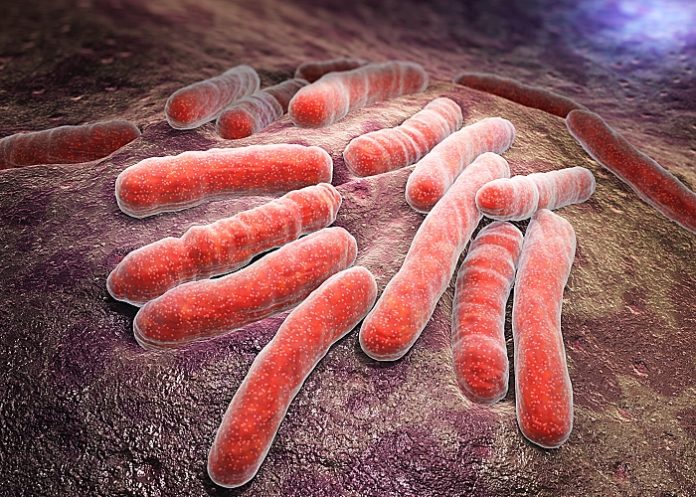 Upending centuries of medical dogma, University of Cape Town researchers found that breathing may be a bigger contributor to the spread of tuberculosis than the signature symptom, coughing, reports writes The New York Times. As much as 90% of TB bacteria released from an infected person may be carried in aerosols expelled when a person exhales deeply, according to a study presented at the virtual 52nd Union World Conference on Lung Health.

A UCT team announced results from their study of TB positive people carried out in the specially constructed Respiratory Aerosol Sampling Chamber (RASC), which suggest that coughing, thought previously to be the main means of spreading TB, might not be the primary driver of TB transmission. Instead, tidal, or regular, breathing may be a far more significant contributor to the aerosolisation of Mycobacterium tuberculosis, the bacterial cause of TB, which usually attacks the lungs.

Lead author of the study and graduate student Ryan Dinkele of UCT said if tidal breathing is a primary driver, or even as important as cough in TB transmission, then symptomatic screening for TB-transmitters may not be useful in slowing the spread of the disease.

The report echoes an important finding of the COVID pandemic: the coronavirus, too, spreads in aerosols carried aloft, particularly in indoor spaces — a route of transmission that was widely under-appreciated as the pandemic began to unfold.

TB is the worldʼs deadliest infectious disease after COVID-19, claiming more than 1.5m lives last year — the first increase in a decade, according to the World Health Organization. As the COVID pandemic disrupted access to health care and supply chains around the globe, 5.8m people were diagnosed with TB in 2020. But the WHO estimates that about 10m people were infected.

“Our model would suggest that, actually, aerosol generation and TB generation can happen independent of symptoms,” said Dinkele, who presented the results.

The finding helps explain why tightly packed indoor spaces, like prisons, are often breeding grounds for TB, as they are for COVID. And the research suggests that some of the methods used to limit coronavirus transmission — masks, open windows or doors, and being outdoors as much as possible — are important in curtailing TB.

“Those of us who are TB people look at COVID and say, ‘Wow, itʼs just a sped up version of TB,” said Dr Robert Horsburgh, an epidemiologist at Boston University who was not involved in the work.

Researchers previously believed most TB transmission occurred when an infected person coughed, spraying droplets containing the bacteria on to others. Some bacteria were thought to be released when a person breathed, but much less than by coughing.

The new finding does not change that understanding: a single cough can expel more bacteria than a single breath. But if an infected person breathes 22,000 times per day while coughing up to 500 times, then coughing accounts for as little as 7% of the total bacteria emitted by an infected patient, Dinkele said. On a crowded bus or at school or work, where people sit in confined spaces for hours, “just simply breathing would contribute more infectious aerosols than coughing would”, he said.

In so-called tidal breathing, inhalation opens up tiny air sacs in the lungs, and then exhalation carries the bacteria from the lungs via aerosols. Because of their smaller size, aerosols released by tidal breathing can stay afloat in the air for longer and travel further than droplets emitted by a cough.

As with COVID, some TB patients spread the disease to many people — and may release a lot of bacteria — while others infect few people around them. But even if 90% of the bacteria expelled by an infected person were carried in aerosols, this route of transmission wouldnʼt necessarily account for 90% of new cases, cautioned Dr Silvia Chiang, who studies the disease at Brown University.

Still, experts said, the finding does suggest that physicians shouldnʼt wait for TB patients to arrive at clinics with a severe cough and weight loss, the tell-tale symptoms. “We just need to screen the entire population, just as you would do if youʼre looking for a lot of COVID,” Horsburgh said.

The discovery came about in large part because of technology developed by Emeritus Professor Robin Wood of the Desmond Tutu Health Foundation, based at the Institute of Infectious Disease and Molecular Medicine (IDM) at UCT. The apparatus can collect aerosols from infected people and identify bacteria within them.

Diagnosis and treatment of TB has changed very little in decades. “It was time to start using modern, state-of-the-art technology to approach an old disease,” Wood said. With some tweaks, the system could also be used to study other diseases, including COVID, he added.

TB has been around for millenniums, and its cause known for nearly 150 years. “And yet, weʼre still finding out new things about such a fundamental part of its biology,” Dinkele said. “Itʼs humbling to realise that we need to be so careful when it comes to a dogmatic approach in a field.”

“The current approach, which relies on the testing and treatment of passively identified individuals may not be a reliable response to preventing transmission, as it depends on people feeling sick enough to seek treatment,” said Dinkele. “It may also shed light on why constructing transmission chains is so challenging in high TB burden settings.”

“This study is an important step forward in our understanding of aerosol transmission of disease and its findings are as relevant for COVID-19 as they are for TB,” said Guy Marks, president of The Union, convenor of the World Conference. “It will hopefully generate more focus on the topic of airborne spread of respiratory diseases.”

Published in PLOS PATHOGENS on 1 February 2021

Interrupting transmission is an attractive anti-tuberculosis (TB) strategy but it remains underexplored owing to our poor understanding of the events surrounding transfer of Mycobacterium tuberculosis (Mtb) between hosts. Determining when live, infectious Mtb bacilli are released and by whom has proven especially challenging. Consequently, transmission chains are inferred only retrospectively, when new cases are diagnosed. This process, which relies on molecular analyses of Mtb isolates for epidemiological fingerprinting, is confounded by the prolonged infectious period of TB and the potential for transmission from transient exposures.

We developed a Respiratory Aerosol Sampling Chamber (RASC) equipped with high-efficiency filtration and sampling technologies for liquid-capture of all particulate matter (including Mtb) released during respiration and non-induced cough. Combining the mycobacterial cell wall probe, DMN-trehalose, with fluorescence microscopy of RASC-captured bioaerosols, we detected and quantified putative live Mtb bacilli in bioaerosol samples arrayed in nanowell devices. The RASC enabled non-invasive capture and isolation of viable Mtb from bioaerosol within 24 hours of collection. A median 14 live Mtb bacilli (range 0–36) were isolated in single-cell format from 90% of confirmed TB patients following 60 minutes bioaerosol sampling.

This represented a significant increase over previous estimates of transmission potential, implying that many more organisms might be released daily than commonly assumed. Moreover, variations in DMN-trehalose incorporation profiles suggested metabolic heterogeneity in aerosolized Mtb. Finally, preliminary analyses indicated the capacity for serial image capture and analysis of nanowell-arrayed bacilli for periods extending into weeks.

These observations support the application of this technology to longstanding questions in TB transmission including the propensity for asymptomatic transmission, the impact of TB treatment on Mtb bioaerosol release, and the physiological state of aerosolized bacilli.