HomeNews UpdateGuns now beat cars as the leading cause of death for American...
News Update

For the first time, firearm-related injuries surpassed motor vehicle crashes as the leading cause of death for children and teenagers in the US in 2020, according to an analysis of recent Centers for Disease Control and Prevention data published in the New England Journal of Medicine.

Axios reports that overall, there were 45,222 firearm-related deaths of all types — suicide, homicide, unintentional and undetermined — in 2020, a new peak for the country, according to the analysis.

By the numbers: Gun-related deaths among people aged between one and 19 years old jumped 29.5% from 2019 to 2020, more than double the increase in the general population.

In a letter to the editor of the journal, the researchers wrote that this latest data was “consistent with other evidence that firearm violence has increased during the COVID-19 pandemic” and that the reason for the increase was “unclear”.

Additionally, they wrote that drug overdoses and poisoning had increased by 83.6% from 2019 to 2020 among children and adolescents, becoming the third leading cause of death in that age group. They said this change was largely explained by the 110.6% increase in unintentional poisonings from 2019 to 2020.

“The rates for other leading causes of death have remained relatively stable since the previous analysis, which suggests that changes in mortality trends among children and adolescents during the early COVID-19 pandemic were specific to firearm-related injuries and drug poisoning; COVID-19 itself resulted in 0.2 deaths per 100,000 children and adolescents in 2020,” they said. 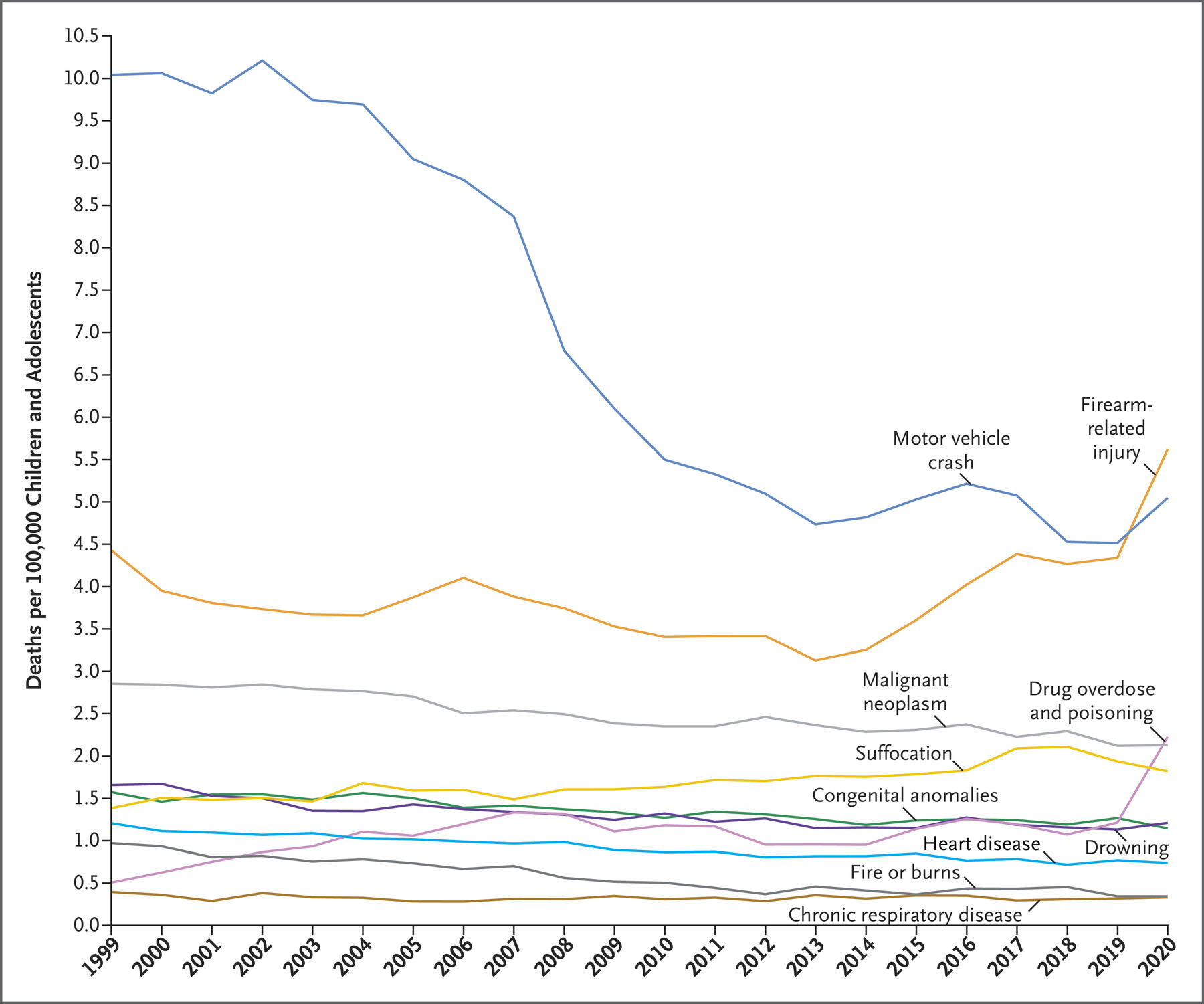 CDC report shows gun-related deaths rising in the US