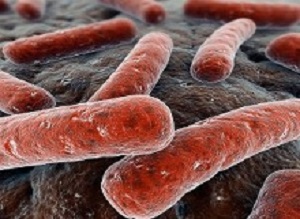 Higher levels of natural killer cells in blood are associated with tuberculosis (TB) latency, reports a University of Cape Town study in collaboration with Stanford University, published in Nature.

The findings raise the question as to whether natural killer cells might play an active role in controlling infection with Mycobacterium tuberculosis, the TB bug.

TB is a bacterial disease and a leading cause of infection-related deaths globally. The majority of TB infections are latent – manifesting, without outward symptoms, in a contained state. It is estimated that a quarter of the world’s population has latent TB, although fewer than 10% of individuals with latent TB end up progressing to an active disease state. The immune factors that influence a given individual’s infection outcome, however, are poorly understood.

To investigate the immune state that leads to latency and how that changes if the disease progresses, researchers from the South African TB Vaccine Initiative at the University of Cape Town collaborated with Yueh-hsiu Chien and colleagues at the department of microbiology and immunology, Stanford University School of Medicine, to conduct studies of various human cohorts. They combined mass cytometry analysis with examination of gene expression datasets to identify differences in blood immune cell populations between uninfected subjects and those with latent or active TB.

They found that latent manifestations of TB are associated with higher numbers of natural killer cells – white blood cells that can kill certain pathogens – with enhanced anti-toxin responses in comparison to uninfected individuals. In subjects with active disease, levels of natural killer cells were diminished, but abundances returned to baseline levels when the disease was cured with antibiotic treatment.

However, the findings cannot prove a causal relationship between natural killer cells and TB latency.

Additionally, the authors showed that measurements of natural killer cell levels could be used to determine the activity level and burden of TB infection in a patient’s lungs – a finding that could help to assess disease progression and optimise treatments.

Abstract
Most infections with Mycobacterium tuberculosis (Mtb) manifest as a clinically asymptomatic, contained state, known as latent tuberculosis infection, that affects approximately one-quarter of the global population1. Although fewer than one in ten individuals eventually progress to active disease2, tuberculosis is a leading cause of death from infectious disease worldwide3. Despite intense efforts, immune factors that influence the infection outcomes remain poorly defined. Here we used integrated analyses of multiple cohorts to identify stage-specific host responses to Mtb infection. First, using high-dimensional mass cytometry analyses and functional assays of a cohort of South African adolescents, we show that latent tuberculosis is associated with enhanced cytotoxic responses, which are mostly mediated by CD16 (also known as FcγRIIIa) and natural killer cells, and continuous inflammation coupled with immune deviations in both T and B cell compartments. Next, using cell-type deconvolution of transcriptomic data from several cohorts of different ages, genetic backgrounds, geographical locations and infection stages, we show that although deviations in peripheral B and T cell compartments generally start at latency, they are heterogeneous across cohorts. However, an increase in the abundance of circulating natural killer cells in tuberculosis latency, with a corresponding decrease during active disease and a return to baseline levels upon clinical cure are features that are common to all cohorts. Furthermore, by analysing three longitudinal cohorts, we find that changes in peripheral levels of natural killer cells can inform disease progression and treatment responses, and inversely correlate with the inflammatory state of the lungs of patients with active tuberculosis. Together, our findings offer crucial insights into the underlying pathophysiology of tuberculosis latency, and identify factors that may influence infection outcomes.