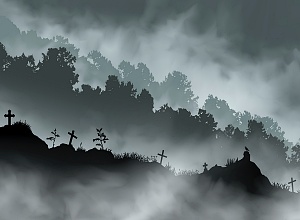 Eastern Cape MEC for Health Nomakhosazana Meth has admitted the dire situation in the hospitalʼs neonatal ward, adding that some babies were dying because they could not be admitted by either the intensive care or high care units.

“The neonatal unit has perennially run at more than 100% bed occupancy, and for the past few months [more than five months] the number of newborns in the unit has consistently been between 100 and 110. These babies have been admitted into a space for 70, which has obviously led to overcrowding and increased risk of infection.

“There have been outbreaks of antibiotic-resistant infections, which has led to deaths of some newborns. In January and February this year, there was an outbreak of [such an infection] due to overcrowding, which led to the deaths of at least three babies. Others have died because the neonatal ICU and neonatal high care were full and they could not be accommodated."

Meth added that the nursing staff complement is inadequate for the 70 beds, and hopelessly so for the 110 neonates who are usually admitted into the unit.

"Nursing staff needs for the neonatal unit need to be employed in a phased approach within the available budget,” she said.

Three months after their desperate letter to leaders, pleading for help, was ignored, the staff at Dora Nginza Hospitalʼs neonatal intensive care unit had another three dead babies on their hands. All of them tiny, weighing less than a kilogram.

One was accidentally killed when his mother allegedly put hand sanitiser instead of medicine in his feeding tube. A nurse had asked the mothers to help her as the unit had become dangerously understaffed. The South African Human Rights Commission is investigating this death.

Another died an agonising death when the cotton wool meant to protect his eyes shifted over his nose and throat and smothered him. He had to get UV light treatment for jaundice but the Department of Health had failed to order enough eye protectors in time. Nurses were trying to make a plan to save his life.

The third fell out of a body warmer where nurses were trying to keep him warm and alive because there was no incubator for him. He died of his injuries.

Earlier in the year three more had died of hospital-acquired lung infections because the ward was dangerously overcrowded, with babies having to share an incubator. Fourteen others became very ill. It was the third such outbreak in four years.

The deaths shook the doctors and nurses. Their message in their final missive to “Bhisho”, as the headquarters of the Eastern Cape Department of Health is known in the hospital halls, was simple and tragic:

“According to Sections 27 and 28 of the South African Constitution, children have a right to access healthcare and a right to basic healthcare services. At this point we are failing [newborns] at Dora Nginza Hospital. This letter serves as a plea for the urgent and immediate support of the Department of Health in meeting our space, equipment and staffing needs.”

The bureaucrats did not bother to reply.

On Monday, Zungu, the acting head of the department who was appointed by Health Minister Zweli Mkhize to head the provincial Covid-19 response when the provinceʼs health system was under severe strain during the first wave, was recalled to the national Department of Health. She was acting as superintendent-general after Dr Thobile Mbengashe resigned from his post. Under Mbengashe the health system plunged into one crisis after another, with many, many promises that came to nothing.

Zungu was replaced as acting superintendent by the Deputy Director-General in the Eastern Cape Office of the Premier, Mahlubandile Qwase, a teacher, former MEC for Education and former chair of the provincial health portfolio committee.

Department spokesperson Sizwe Kupelo said Zungu would still assist for two days a week, “this side”.

It has been four years since the neonatal team, hand-selected by the late Prof Lungile Pepeta, the former head of the Department of Paediatrics at Dora Nginza Hospital and subsequently the head of Nelson Mandela Bayʼs new medical school, managed to reduce the neonatal mortality rate in the metro by 45%. Pepeta, who died last year of Covid-19 complications, called the team “the baby-savers”.

The unit where newborns and premature babies are cared for at Dora Nginza Hospital admits more than 5,000 babies a year from Nelson Mandela Bay, large parts of the Karoo, including Cradock and Middelburg, and towns on the western side of the province including Humansdorp, Jeffreys Bay and Kareedouw.

Since officials from the national Department of Health first visited the 70-bed unit in 2017 to raise their grave concerns over high neonatal mortality rates, nothing has been done to address the overcrowding.

According to the Department of Healthʼs own guidelines, there should be between five and eight beds for newborns for every 1,000 live births. For the area served by Dora Nginza Hospital (where around 25,000 live births are recorded) this translates to between 138 to 188 beds.

The recommended patient to nurse ratios, a standard set by the Department of Health, is one nurse to four babies for standard care, 1:2 in high care and 1:1 or 1:2 in the intensive care unit. The only unit where this standard is being upheld is in the adult intensive care unit, where doctors can refuse to admit a patient.

In the first three months of 2021 the premature baby unit was on average 168% full and at one point had reached 182%. This translated on some days to 116 babies in a unit made for 70. This meant one nurse had to look after between 17 and 28 desperately ill babies, and two babies had to share an incubator. During a violent taxi strike in May there were only four nurses available to look after all the babies.

The unit needs another 13 professional nurses, seven enrolled nurses, 14 nursing assistants and more doctors, about 150 incubators and also general assistants who can clean the wards at night.

In 2010 when the national Parliament discussed the high death rate of babies in the Eastern Cape, the Eastern Cape Department of Health reported on the findings of their task team to the Portfolio Committee on Health:

“The task team looked at neonatal care. They found that many of the hospitalsʼ neonatal units were overcrowded and there were not enough incubators, ventilators and medical equipment. There was poor monitoring of patients, a shortage of staff, inadequate training for nurses and doctors and no Kangaroo Mother Care Programme.”

Then, in 2014, Pepeta pleaded with authorities to supply his unit with equipment worth just R5 million. At the time, the death rate for Nelson Mandela Bay was 27 deaths for every 1,000 live births.

“The Covid-19 pandemic had exposed all the cracks,” one doctor said, adding that they are investigating why they had received a vastly increased number of premature babies under 1,000 grams in their care during the pandemic.

After the only neurosurgeon at Livingstone Hospital resigned last year, doctors have struggled to get help for babies born with spina bifida, a neural defect where the spine and spinal column donʼt form properly, and babies are sent home without receiving the necessary surgery.

While there are tertiary grants available to pay for the employment of a neurosurgeon, a replacement for Dr Thamsanqa Buthelezi, who left after a futile two-year battle to get help in his unit, has not been appointed yet.

Meth said in a written answer to a question in the Eastern Cape legislature that the department was focusing on more “general appointments”. “As such, the current recruitment cycle is prioritising appointment of general specialists in selected district hospitals such as Uitenhage Provincial Hospital, to strengthen the referral system,” she stated in her response.

Two months ago the top management of the Eastern Cape Department of Health told Mkhize, during a high-level meeting, that they had money for only another three months, as medico-legal claims were depleting their budget. Zungu, who was sent to the province by Mkhize, said the department had to pay more than R1 billion in medico-legal claims in the past year, with another R3 billion in claims against the department “on the books”.

Meth said during her budget speech this year that medico-legal claims would bring the department to its knees.

In March, in a written response to questions from Maverick Citizen, Meth said the “head office” in Bhisho had a “big head” and this was an issue she wished to address. In June, in a response in the Eastern Cape legislature, she stated that the salary bill for the non-medical staff in the department was R3.5 billion – more than the department spent on goods and services.

On Monday she said that she had not made “as much progress as I would have liked”, to address this issue.

“We had a target for the end of May. I have initiated a rationalisation-of-staff exercise at the head office with the focus on senior management service members with requisite qualifications to fill vacant leadership posts in districts and large hospitals. I have also facilitated the reallocation of some members and we are close to implementing executive recommendations in this regard. This exercise has a potential for the department to fill up to 25% of current vacant leadership posts.”

The Democratic Allianceʼs Jane Cowley said goods and services were “the nuts and bolts of a functional hospital or clinic, and it is impossible for any institution to run effectively without them. The bloated administration, however, still has no concrete, approved staff organogram, and cadre deployment takes precedence.

“The more the administration has grown, the worse the health services have become. Provincial and tertiary hospitals with between 600 and 1,000 beds require goods and services budgets of at least R500 million per annum if they are to function optimally. They have received less than half of this.”

Zunguʼs partial departure from the provincial health department comes amid a chaotic response to the staff shortages in public hospitals.

On 23 May Anele Gonyela from the provincial health departmentʼs Human Resources Department signed a letter distributed to senior doctors in the department and the heads of departments.

“Please note that all posts are still deemed unfunded as communicated in the circular sent out in December 2021.” The circular also states that “if there are any submissions that are critical to service delivery they need to be sent to the Rationalisation Committee for consideration”.

But by 1 June this was replaced by a memo from Zungu stating they would consider filling posts that had been vacant since April. Zungu also said she was reinstating the powers of human resource delegations that were withdrawn in December 2020.

“The executive management team of the department has acknowledged that the existing human resources capacity has gaps due to posts that could not be replaced in the previous financial years, thus threatening effective provision of health services in the province.”

Kupelo said he was still waiting “for answers” on the situation at the neonatal unit at Dora Nginza Hospital.

The director-general of the national Department of Health, Dr Sandile Buthelezi, did not respond to a request for comment.