HomePeopleImperial vs Oxford: Covid-19 rivalry may have roots in a sex smear...
People

Imperial vs Oxford: Covid-19 rivalry may have roots in a sex smear two decades ago 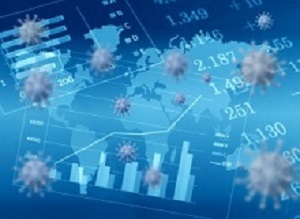 Starkly contrasting studies from Imperial College and Oxford University into the likely trajectory of COVID-19 has led to a furious public dispute, writes The Daily Telegraph. The passions on display may have their roots in a personal clash between two academics that goes back 20 years.

They are heavyweights of the academic world, trading metaphorical punches over the right to proclaim themselves the most influential scientific body in the country. The Daily Telegraph reports that in one corner is Imperial College, with academics such as Professor Neil Ferguson who are able to claim they have the ear of the Government itself. In the other is Oxford University, led by scientist and author Professor Sunetra Gupta. The report says the two groups clashed last month when they produced starkly contrasting studies into the possible course of the coronavirus outbreak, with both papers spawning dramatic headlines.

The Imperial paper predicted that up to 250,000 people could die if stringent measures were not enacted quickly – a prediction Boris Johnson clearly took to heart in initiating the UK lockdown. The Oxford paper flagged up the equally eyebrow-raising, if more reassuring, possibility that half of us have had the virus already.

The Daily Telegraph says that what many in the scientific community know but the vast majority of the British public does not, however, is that the rivalry between these two eminent research groups goes back a lot further than the past few weeks. It began 20 years ago when the leading lights of both groups worked together at Oxford and stems from a sexual smear that resulted in a senior academic, Professor Sir Roy Anderson, leaving to set up his own team at Imperial College in London.

In 1999, Prof Gupta, then already an established author, had been coming to the end of a five-year fellowship in Oxford University's zoology department. She applied for a readership and a panel was convened to decide the matter. It was chaired by Sir Roy, then a Linacre professor of zoology. The eight-strong panel voted to award her the readership by six votes to two – but further debate ensued during which, it later emerged, Sir Roy had suggested she was being supported by the head of the zoology department because she had had a relationship with him.

When Prof Gupta, who was married, found out about the slur, she was appalled and demanded an apology. Admitting that there was "no foundation in truth whatsoever" for the smear, Sir Roy wrote in a letter that "I sincerely regret the distress and embarrassment which was caused to you as a result of my making this allegation. I have the highest professional respect for you and your work".

For Prof Gupta, the matter was ended, but the damage to Sir Roy's career looked terminal. He was suspended by the university and then reinstated, but was eventually forced out by his own colleagues. But his departure turned into a new beginning for him and others. He went to Imperial College, ironically Prof Gupta's alma mater, and set up a mathematical modelling team which proceeded to set the agenda over the coming decades by producing policy-influencing studies on big viral issues.

Together with his protege Ferguson, who joined him there, he produced work on the foot and mouth outbreak of 2001. It was credited with shaping the UK government's controversial culling strategy, which led to the deaths of 6.5m animals. Eight years later, Ferguson, then an adviser to the government and the World Health Organisation, sounded the alarm over swine flu, warning that it could cost up to 4m lives globally and floating a study on the anti-viral benefits of closing all UK schools. In the end, schools mostly stayed open and the worldwide death toll was 18,500.

This time, The Daily Telegraph reports, however, in terms of influencing government actions, the Imperial team has hit the jackpot. As part of Sage (the Scientific Advice Group for Emergencies), Ferguson has access to the heart of government. His report last month so shook the Prime Minister and his advisers that it reportedly prompted them to shift tack, moving from gradually attempting to achieve "herd immunity" to a lockdown of most businesses, with people only allowed to leave their homes under limited circumstances.

Most accepted the draconian measures as necessary despite the lack of a peer-reviewed model, but there was the odd raised eyebrow over the absence of much scientific debate.

Ferguson said night that he and Gupta had "the greatest respect for each other". "Sunetra chatted last night," he said. "We're friends, colleagues. It's not influencing the science today at all. Sunetra and I have always got on. I never fell out with her, and actually she will give you the same view.

"I would say at the moment she came out with an interesting but speculative paper. I don't think it will be supported by the data, but she had every right to publish it. I give my views. It doesn't affect our personal relationship at all, and it's not a reflection on any sort of personal relationship.

A spokesperson for Gupta said: "Prof Gupta remains friendly with Prof Neil Ferguson and greatly respects his academic work. Historically, Prof Gupta has not been involved with public policy bodies, including Sage, as her work is more focused on the mathematical modelling to identify vaccine targets. Typically, she does not take on such advisory roles."

A spokesperson for Oxford University said: "The university and its researchers are focused fully on their work to tackle the coronavirus pandemic. No one is giving any attention to historic matters which have been considered closed for many years."