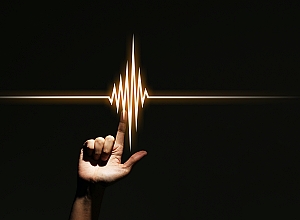 A tiny sensor implanted in the nerve of the injured limb connects directly to a healthy nerve can restore the sense of touch, following amputation or injury, writes MedicalBrief.

Each time the limb touches an object, the sensor is activated and conducts an electric current to the functioning nerve, recreating the feeling of touch, according to material published by Tel Aviv University on 12 July 2021.

The researchers say this is a tested and safe technology suited to the human body and could be implanted anywhere inside it once clinical trials have been done.

The technology was developed by a team of experts from Tel Aviv University, including from the Microsurgery Unit in the Department of Hand Surgery at Sheba Medical Center.

The researchers said the technology resulted from often experienced medical difficulty in treating people who have lost tactile sensation in one organ or another as a result of injury. This loss of sensation can result from a range of injuries, from minor wounds to very serious injuries. Even if the wound can be healed and the injured nerve sutured, in many cases the sense of touch remains damaged.

In recent years, the field of neural prostheses has made promising developments to improve the lives of those who have lost sensation in their limbs by implanting sensors in place of the damaged nerves. But the existing technology has some significant drawbacks, like complex manufacturing and use, as well as the need for an external power source, such as a battery.

The researchers used state-of-the-art technology called a triboelectric nanogenerator (TENG) to engineer and test on animal models a tiny sensor that restores tactile sensation via an electric current that comes directly from a healthy nerve and doesn't require a complex implantation process or charging.

They developed a sensor that can be implanted on a damaged nerve under the tip of the finger; the sensor connects to another nerve that functions properly and restores some of the tactile sensation to the finger. This unique development does not require an external power source such as electricity or batteries. The sensor actually works on frictional force: whenever the device senses friction, it charges itself.

The device comprises two tiny plates less than half a centimetre by half a centimetre in size. When these plates come into contact with each other, they release an electric charge that is transmitted to the undamaged nerve. When the injured finger touches something, the touch releases tension corresponding to the pressure applied to the device: weak tension for a weak touch and strong tension for a strong touch, just like in a normal sense of touch.

The device can be implanted anywhere in the body where tactile sensation needs to be restored, and bypasses the damaged sensory organs. Moreover, the device is made from biocompatible material that is safe for use in the human body, it does not require maintenance, the implantation is simple, and the device itself is not externally visible.

After testing the new sensor in the lab (with more than half a million finger taps using the device), the researchers implanted it in the feet of the animal models. The animals walked normally, without having experienced any damage to their motor nerves, and the tests showed that the sensor allowed them to respond to sensory stimuli. The team said results were very encouraging.

"Next, we want to test the implant on larger models, and at a later stage implant our sensors in the fingers of people who have lost the ability to sense touch,” they said. Restoring this ability can significantly improve people's functioning and quality of life, and more importantly, protect them from danger. People lacking tactile sensation cannot feel if their finger is being crushed, burned or frozen.

Loss of tactile sensation is a common occurrence in patients with traumatic peripheral nerve injury or soft tissue loss, but as yet, solutions for restoring such sensation are limited.

Implanted neuro-prosthetics are a promising direction for tactile sensory restoration, but available technologies have substantial shortcomings, including complexity of use and of production and the need for an external power supply.

In this work, we propose, fabricate, and demonstrate the use of a tribo-electric nanogenerator (TENG) as a relatively simple, self-powered, biocompatible, sensitive, and flexible device for restoring tactile sensation.

This integrated tactile TENG (TENG-IT) device is implanted under the skin and translates tactile pressure into electrical potential, which it relays via cuff electrodes to healthy sensory nerves, thereby stimulating them, to mimic tactile sensation.

Method
We show that the device elicits electrical activity in sensory neurons in vitro, and that the extent of this activity is dependent on the level of tactile pressure applied to the device. We subsequently demonstrate the TENG-IT in vivo, showing that it provides tactile sensation capabilities (as measured by a von Frey test) to rats in which sensation in the hindfoot was blocked through transection of the distal tibial nerve.

Conclusion
These findings point to the substantial potential of self-powered TENG-based implanted devices as a means of restoring tactile sensation.

The best new medical technology in 2018