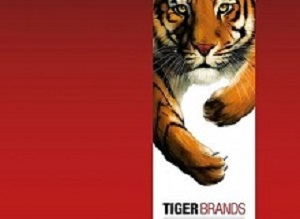 Tiger Brands, which faces two class action lawsuits over a listeria outbreak that has killed almost 200 people, has announced that results from an independent laboratory confirmed the presence of the deadly listeria strain in one of its food factories, reports Business Day.

In March, the government, which has been criticised for taking too long to find the cause linked the outbreak to polony made by Tiger Brands’ Enterprise Food in Polokwane. "On April 24 2018, Tiger Brands received confirmation of the presence of LST6 in these samples," it said.

In March, the company stated that in a batch of one of its products tested by it in February, the presence of the ST6 strain could not be confirmed and the relevant samples had been sent to an external laboratory for the identification of the strain. The test results were received on 15 March, but these had proved inconclusive and, as a result, the samples were sent for further testing.

The report says the samples were manufactured at the Enterprise Polokwane processing facility, which has since been closed, along with other three sites in South Africa that produce polony and other cold meats.

Tiger Brands said in March it had received notice of two class action suits against the firm, with the total claimed estimated at R425m.

Two of the country’s top legal experts believe Tiger Brands can possibly pay between R100,000 and R2m to the families of the 193 people who have died from listeriosis in South Africa, says a Business Insider report.

Tiger Brands CEO Lawrence Mac Dougall previously said the company will take steps “to consider and address any valid claims which may be made against it”. The eventual pay-outs will be subject to several variables, said Ivan Herselman, director and head legal consultant at the corporate law firm Argumentum.

The report says unlike countries such as the US, South African law does not allow wrongful death lawsuits. “What the family of victims will be compensated for is the loss of income from a breadwinner and those amounts will differ from person to person,” he said. Alternatively, families can claim for emotional trauma caused which is very difficult to quantify. However, mothers who lost unborn children due to listeriosis “will most definitely” get some form of compensation for emotional trauma. “The loss of a child causes phenomenal trauma to any mother… the feelings of guilt and extreme post-traumatic stress,” he said.

“It wouldn’t be unusual if mothers can get R1.5m to R3m given the level of pain and suffering they endured.”

One of the country’s top advocates, who has been involved in a number of high-profile lawsuits, said claimants who lost a breadwinner should get a minimum of R100,000 from Tiger Brands. “The Esidimeni saga set a precedent of an R1.2m pay-out to the families of each victim – but that was a constitutional matter,” the lawyer said. The report says she spoke on the condition of anonymity.

The lawyer, however, said pregnant mothers who lost babies can expect payments of roughly R1.5m. "The loss of a child is an aggravating factor for possible lawsuits.”

The report says in a response to questions, Tiger Brands said the company’s lawyers have been engaging with the legal representation of the claimants. “The legal process must follow its course, but I can assure you, as we have also stated publicly before, that the company is resolute to do the right thing, and to act expeditiously,” spokesperson Nevashnee Naicker said.