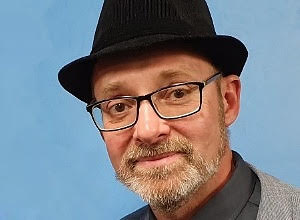 Politicians trying to jump to the front of South Africa's vaccination queue explain that it's to counter vaccine hesitancy. Columnist Ivo Vegter describes it's nothing but “craven opportunism”.

Vegter writes in the Daily Friend:

Nakedly self-serving politicians, from Cyril Ramaphosa on down, laid claim to the first vaccines rolled out in South Africa, making healthcare workers who put their lives on the line every day wait. “All of the Netherlands would be in an uproar if (Dutch prime minister) Mark Rutte did that,” wrote a family member, upon hearing that president Cyril Ramaphosa chose to be among the first to receive the coronavirus vaccine in South Africa.

Although the very first vaccine was administered to Khayelitsha District Hospital nurse Zoliswa Gidi-Dyosi, Ramaphosa and health minister Zweli Mkhize were next in line to get their shots. “To demonstrate our confidence in this vaccine and help allay any fears that people may have, the Minister of Health and I will join the first health care workers to receive the vaccine in Khayelitsha,” the president said in a statement.

“We have called on leaders in various sectors and parts of the country to lead by example and get inoculated publicly,” the statement continued. “We will therefore witness some Premiers, MECs and leaders from civil society, religious formations and traditional leadership being vaccinated in all provinces.”

It isn’t like we have enough vaccines to cover healthcare workers and politicians. We don’t.

The million AstraZeneca vaccine doses, which would have been sufficient to vaccinate less than half of South Africa’s more than a million healthcare workers, but turned out to be ineffective against the latest strain of the virus, are being dumped at half-price on the African Union. I’m sure they’re burbling with gratitude.

Instead, the government at present has only 80,000 single-dose vaccines from Johnson & Johnson available for roll out. Another 500,000 are expected to arrive in the next four weeks, which still won’t be anywhere near enough to vaccinate all medical and other clinic and hospital staff in the country.

This means frontline healthcare workers who have been risking their lives and the lives of their families every day for almost a year now, testing, triaging and treating coronavirus patients, are being elbowed out of the queue by all these self-serving public figures.

It seems almost anyone can now walk into a hospital, pull their ‘do you know who I am’ card, and jump the queue of nurses and doctors waiting to be vaccinated.

The concern that too many South Africans are reluctant to accept the vaccine, because they harbour fears about its safety, is valid. However, this does not require politicians to get vaccinated first.

All it requires is a public relations campaign showing doctors and nurses getting vaccinated. They are in any case more qualified than any politician to assess the safety of the vaccine. Would they get vaccinated themselves if they thought the vaccines were unsafe?

The pictures on TV should be of nurse Gidi-Dyosi and her colleagues, not of entitled politicians, officials, civil society leaders (whatever that means) and religious leaders (whose gatherings caused the rapid spread COVID-19 in the first place).

One consequence of the leaders-eat-first approach is that politicians, who needed a kick in the pants to even start procuring vaccines, will not suffer the consequences of their own failure to secure enough vaccines soon enough. While ordinary South Africans may have to wait until late in the year, or next year, to get their shot, the politicians who caused this state of affairs are a-okay.

Not all politicians are so cravenly opportunistic. Western Cape premier Alan Winde and Dr Keith Cloete, head of the province’s health department, both told the media they would not take the vaccines until all front-line healthcare workers had been inoculated. "I’ve always said that I will take the vaccine, but I will also want to say that the person who needs the vaccine most is the front-line healthcare worker. So there is no way that I’m going to step in front to get a vaccine," Winde told the Sunday Times. "I’ll stand right next to that worker, especially when we know that in the first round there will not be sufficient vaccines to actually vaccinate our full healthcare worker front line. Absolutely, I need to be at the back of that queue."

New Hampshire governor Chris Sununu tweeted: “Since when is doing nothing an essential function? It’s ridiculous that Congress is cutting in line ahead of folks in Long Term Care. I’ll be the first in line to get the vaccine when it’s my turn.”

Texas senator Ted Cruz tweeted: “I intend to take the vaccine. But, because I’m healthy & relatively young, I’m going to wait until seniors & frontline workers have the opportunity to take it first.”

Canada’s prime minister, Justin Trudeau, told the media: “When there’s a time for healthy people in their 40s to get their vaccine, when it’s our turn, I will be as close to the front of that line as I can get. I am super-enthusiastic about getting vaccines, and I certainly want to show people that they’re safe and that we trust our doctors. But there’s a lot of vulnerable people who need to get these vaccines much quicker than I will, and we’re going to make sure that they get it first, because that’s the priority.”

Minnesota state senator Matt Klein did get vaccinated, but on the grounds that he is a doctor who actually treats COVID-19 patients. “Honestly, it should be front-line people,” Klein told the LA Times. “I understand that a lot of the politicians are getting it to demonstrate to the public that it’s safe, but I’m afraid it will instead generate resentment.”

Right he is. For politicians to jump the queue is deplorable. It shows great disrespect for the sacrifices of our long-suffering front-line healthcare workers. Many of them won’t get a vaccine for weeks or months to come as a direct result of the selfishness of politicians.

Ramaphosa and Mkhize should hang their heads in shame.

Business Day reports that the Health Department’s hopes of having dozens of politicians receive early COVID-19 vaccinations to shore up public confidence in the jab have been dealt a blow after the medicines regulator turned down its request to include them in the first phase of the rollout aimed at health-care workers.

Business Day reports that it has seen a document that shows the health department sought permission from the SA Health Products Regulatory Authority (SAHPRA) to provide the Johnson & Johnson (J&J) jab to a list of senior leaders, including ministers, premiers, MECs and health sector unions as part of its efforts to manage vaccine hesitancy, but was turned down. “Unfortunately, we could not get protocol deviation for those who do not have a health background,” says the document.

The report says a recent survey by the University of Johannesburg and the Human Sciences Research Council found a third of respondents would either not get a COVID-19 vaccine or were undecided.

The only politicians who have so far received J&J’s vaccine are health minister Zweli Mkhize, who is a doctor, and Ramaphosa. Both publicly received their vaccinations at Cape Town’s Khayelitsha District Hospital.

Mkhize’s spokesperson, Lwazi Manzi, said the issue had been debated extensively. “In the end it was decided that a few, most importantly the head of state, should lead by example to build confidence in the vaccine,” she said.

Trial co-principal investigator Linda-Gail Bekker is quoted in the report as saying permission was granted for only two people who are not health-care workers to get the shot: Ramaphosa and Deputy President David Mabuza.

SAHPRA spokesperson Yuven Gounden confirmed that the regulator had approved a request to amend the trial protocol to include the president and deputy president.

Medical Research Council president Glenda Gray, who is also a co-principal investigator on the trial, said in the report that it might be worth considering further amendments to the trial protocol, because each consignment from J&J was accompanied by a buffer stock of several hundred doses in case vials were accidentally broken or damaged.

If some of this stock was still available when the next 80,000-dose consignment arrived in a fortnight, it could potentially be used to vaccinate influential figures without compromising access for health-care workers, she said.