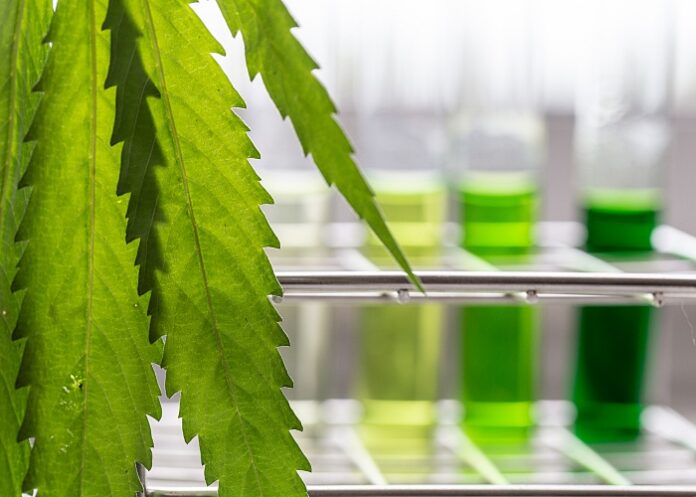 Venture capital company Labat Africa says it wants to be involved in every part of the cannabis value chain, from genetics to retail and dispensary, reports Business Maverick. It has partnered with the Council for Scientific and Industrial Research (CSIR) to ramp up the processing of hemp as well as the commercialisation of medicinal cannabis.

In the latest of a series of growth initiatives, Labat Africa plans to jointly produce cannabis and hemp with the CSIR at a CSIR facility in Coega, writes Neesa Moodley in the Maverick story published on 3 April 2022. The article continues:

Brian van Rooyen, Labat’s group chief executive, says the agreement will solidify collaboration and cooperation between CSIR and Labat across the value chain of cannabis and hemp production for industries ranging from pharmaceuticals to textiles to energy.

“It is really about the CSIR wanting to commercialise medicinal cannabis and getting some traction in the industrial side of hemp production and processing. The partnership is collaborative and serves to benefit both parties,” he said, according to Business Maverick.

The agreement makes provision for the use, upgrade and expansion of the CSIR Coega hemp-processing facility, acceleration of hemp biomass and waste into energy applications in KwaZulu-Natal as well as for the beneficiation of biocomposites and biopolymers that will be applied in the automotive, textile, construction and packaging industries.

Industrial hemp is worth $4.9 billion (R71 billion) globally and is projected to grow to $18.6 billion (R269 billion) by 2027. It is estimated that South Africa’s hemp industry will be worth R28 billion in five years.

The joint effort by Labat and the CSIR will focus on producing some of the fast-moving consumer goods among the 25,000 established hemp-based and hemp-derived products in the nine subsectors of the manufacturing industry, and Labat claims this initiative could result in the creation of 20,000 jobs in South Africa alone.

The agreement on cannabis includes the production and processing of the plant for medical purposes; active pharmaceutical ingredient research, development and production; the proliferation of Labat’s wellness range; and further development of tetrahydrocannabinol (THC) and cannabidiol(CBD) infused pharmaceutical products and other cannabis compounds as well as terpenes using the pharmaceutical technology innovation platform, FuturePHARMA, writes Business Maverick.

Herschel Maasdorp, Labat’s group executive for business development, says the company wants to be involved in almost every part of the cannabis value chain, from genetics to retail and dispe.

Labat paid R10-million cash in early March this year for Sweetwater, an approved medicinal quality cannabis production facility in the Eastern Cape, which sells cannabis to clients in Australia and Europe as well as locally to medicinal patients through the Biodata research project.

This aims to map 12 African varieties of the plant – including Malawi Gold, Durban Poison, Swazi Gold and Rooibaard – at the Ace Genetics Nursery, making provision for a breeding programme that will ensure that indigenous knowledge systems are preserved.

Business Maverick reports that through Biodata, Labat has started conducting observational research into medical cannabis as an opioid replacement for pain management. This research was approved by the South African Health Products Regulatory Authority last June.

See the link below for the full Business Maverick story.

At the time, the CSIR had conducted a feasibility study on hemp that found the plant was economically viable when its use is extended from the production of fibre into other potentially lucrative uses such as textiles. Researchers also estimated that its production costs were on par with maize and cotton.  ’

It has taken about 24 years for government to acknowledge cannabis and hemp’s potential as a major contributor to SA’s economy. The government’s cannabis master plan was presented to parliament last August. And President Cyril Ramaphosa echoed the sentiments in his state of the nation address in February.

It is a precarious exercise for both mainstream business and government to take a once illegal resource into the formal economy, Business Day points out. It requires a shift in perception – to show the public the social, healthcare and economic benefits of cannabis and hemp.

If industry role players get it right they will unleash a billion-rand industry into the economy. But if there is a malalignment of the implementation in the industrialisation process, cannabis and hemp will remain nothing more than potential.

See the link below for the full Business Day story.

ConCourt reserves judgment on decriminalisation of child use of cannabis