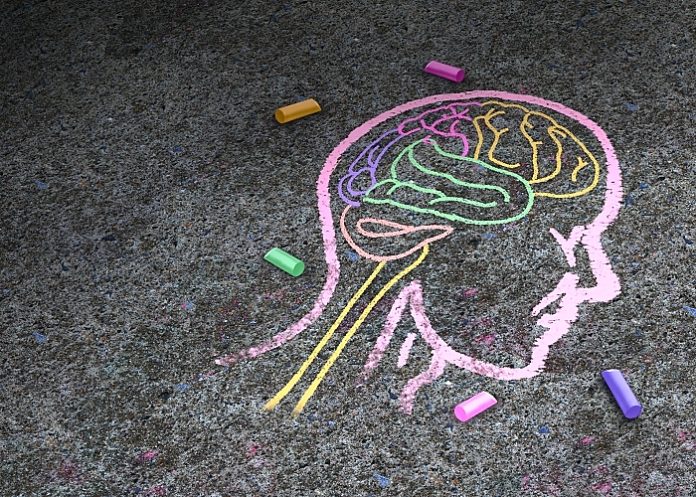 A simple video intervention for parents of at-risk babies was able to reduce the number of children diagnosed with autism at the age of three, from 20.5% to 6.7%, found a landmark UK-Australian study. “[This is] the first evidence that a pre-emptive intervention during infancy could lead to such a significant improvement in children's social development that they then fell below the threshold for a clinical diagnosis of autism,” said study author Prof Jonathan Green, professor of child and adolescent psychiatry at Manchester University.

Autism spectrum disorder (ASD) describes a wide-ranging set of conditions affecting a person's social, communication, and motor skills. Diagnosis is based on criteria outlined in the American Psychiatric Association's DSM-5, such such as persistent deficits in social interactions and reciprocating emotions, an absence of interest in friends, repetitive movements or speech, and extreme or unusual reactions to stimuli.

ASD diagnosis can occur from around two-years of age, but there are signs that can occur much earlier, such as avoiding eye contact and using fewer words than their peers.

“These findings are the first evidence that a pre-emptive intervention during infancy could lead to such a significant improvement in children's social development that they then fell below the threshold for a clinical diagnosis of autism,” says lead author Prof Jonathan Green, professor of child and adolescent psychiatry at Manchester University.

This iBASIS-Video Interaction to Promote Positive Parenting (or VIPP) is described in the study as a parent mediated therapy, aimed at “reducing the long-term disability” of ASD.

The intervention involved videoing at-risk babies as they interacted with a parent, before a therapist showed how the child was trying to communicate, so that the parent could respond. Scientists believe that rather than shunning social interaction, babies with autistic tendencies are often trying to communicate, but how they do it makes it difficult for a parent to understand, for example, by seeking attention without holding eye contact. When parents fail to respond to such communication, it can damage cognitive development, leading to long-term difficulties in social interactions.

“These findings are the first evidence that a pre-emptive intervention during infancy could lead to such a significant improvement in children's social development that they then fell below the threshold for a clinical diagnosis of autism,” said study author Prof Jonathan Green, professor of child and adolescent psychiatry at Manchester University.

“Many therapies for autism have tried previously to replace developmental differences with more 'typical' behaviours. In contrast, iBASIS-VIPP works with each child's unique differences and creates a social environment around the child that helps them learn in a way that was best for them,” said Green.

Green is quoted as saying in The Telegraph: “Autism is a condition that we know is present from birth, in fact before birth. Early caregiver interactions are crucial to the brain and social development and we think in the autistic brain, parents and babies, through no fault of their own, get a bit out of sync, leaving parents highly perplexed about how to communicate with their babies.

The four-year randomised clinical trial, published in JAMA Paediatrics, followed 89 babies aged 9-14 months. Over five months, half received the video intervention, while a control group received current best practice treatment. The therapy did not actually involve the child at all, but rather worked with parents to help them understand how their baby was trying to communicate.

Tests showed that scores of “social emotional reciprocity” (the back and forth interaction between parents) was far higher in children who underwent the intervention, compared with children who did not. The youngsters were even able to communicate with the researchers, whom they did not know.

Repetitive movements associated with autism were also reduced in the intervention group, which experts said showed the therapy was having a "cascade effect" beyond social benefits.

Prof Andrew Whitehouse, of the University of Western Australia, said: “We are extremely excited about these findings. The idea of providing support to kids very early in life and being bale to change their long-term trajectory so that they may not meet the criteria for a diagnosis is truly groundbreaking.”

The team will be testing the children again at the age of six to seven to see if the intervention lasts.

ScienceAlert describes the findings as “a remarkable first step”, but notes that “there are important details in evaluating this approach that still need to be ironed out”.

First, the children were only followed until age three, and although it's a typical cut-off age for clinically diagnosing ASD in someone, it's still possible for symptoms in some of these children to shift, change, or emerge later in life.

Second, while receiving a clinical diagnosis is an important step towards accessing treatment options, and although the children who received this intervention no longer fit a diagnosis based on the DSM-5, they still might need additional help and support as they grow.

“Finally, as is the case with many diagnoses, it's vital to make sure that work in this area focuses on improving accessibility and understanding towards people living with the condition, rather than simply 'eradicating' a particular diagnosis or disability,” writes ScienceAlert.

Tim Nicholls, a spokesperson for the UK's National Autistic Society, notes: “Autism is not a disease and not something that should be cured or lessened, so how this study assessed the impact of intervention on ‘autism behaviour severity’ may cause concern amongst many autistic people and their families.

“There are some strong technical points in this research, but there will be questions about its general premise … It's important that any further study into very early intervention doesn't seek to lessen ‘severity’. Early intervention should be about supporting autistic people with the biggest challenges they face.

“For effective research to be done in this area in the future, autistic people must be involved in every stage.”

Abstract
Importance Intervention for individuals with autism spectrum disorder (ASD) typically commences after diagnosis. No trial of an intervention administered to infants before diagnosis has shown an effect on diagnostic outcomes to date.

Objective
To determine the efficacy of a preemptive intervention for ASD beginning during the prodromal period.

Conclusions and Relevance
Receipt of a preemptive intervention for ASD from age 9 months among a sample of infants showing early signs of ASD led to reduced ASD symptom severity across early childhood and reduced the odds of an ASD diagnosis at age 3 years.

Autism so over-diagnosed that term is becoming meaningless — study