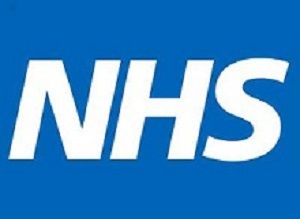 A UK High Court judge is starting work as the chair of a public inquiry into the biggest treatment scandal in National Health Service (NHS) history, reports BBC News. Tens of thousands want answers after being infected with hepatitis C and HIV from contaminated blood products.

"It's become a life of sickness, illness, worry, anxiety," Steve Dymond is quoted in the report as saying. "It is not the life I imagined, in terms of dreams, in terms of ambitions."

The report says in 2016, Steve had a tumour removed from his liver. Every few months, he and his wife Su make the three-hour trip from the Kent coast to a hospital in south London to check it hasn't resurfaced.

Steve's cancer, along with years of ill health, was the result of ground-breaking NHS treatment meant to transform his life. As a haemophiliac, his blood was missing the key material needed to clot properly. So, like almost every person with the condition in the UK in the 1970s and 80s, he was treated with Factor VIII – an injection that replaces the missing clotting agent.

But some UK supplies were imported, and much of the blood plasma used to make Factor VIII came from high-risk donors like prison inmates in the US, who sold their blood for a few dollars a time. "They didn't explain that there was any risk of contamination," Steve says. "We were exposed time, after time, after time."

The report says at least 4,689 haemophiliacs like Steve were infected with the blood virus hepatitis C. Around 1,250 were also injected with what were then called "Aids antibodies" or HIV, and had to live with the devastating health consequences, along with the stigma and abuse of the time. In the decades since, at least 2,883 have died.

The infection changed Steve's life forever. The report says hepatitis C is a malicious disease that can take years to take hold, leading to chronic fatigue and nausea. Some 65% develop liver disease which does, in many cases, lead to cirrhosis and cancer.

Survivors and their families have been fighting hard for both answers and acceptable compensation for decades. "I want to try and understand how so many warnings from as early as the 1950s were ignored, how any government can put a small, vulnerable part of their community at such severe risk," Steve says. "And for those responsible, I'd like them to never enjoy a night's sleep ever again for what they did."

The report says Sarah Dorricott's father Mike died in 2015 at the age of just 47 from liver cancer linked to the hepatitis C he believed he contracted as a teenager. He found he was given Factor VIII before routine dental surgery. Like many mild haemophiliacs he could have been treated with older medication and did not necessarily need the new Factor VIII drug which caused so much damage.

He didn't realise he was sick until decades later when he was finally tested for the virus. "You can't even fathom how angry it makes us that he should never have received this product," says Sarah. "It should not have happened to my father at all."

Mike Dorricott received two liver transplants to extend his life but the cancer returned each time. Sarah says after his terminal diagnosis he met his local MP, Health Secretary Jeremy Hunt, who "made lots of promises to my dad" about support and compensation. "(He said) that he was going to sort everything out for him and he didn't have to worry about what was going to happen to his family. "But as far as I'm concerned, he's not fulfilled them," she claims.

Hunt said in the report that he "was incredibly moved by (Mike's) story, and it was in large part down to his powerful testimony that I successfully made the case to Theresa May for a full public inquiry into the scandal of contaminated blood".

In July 2017, the government agreed to a public inquiry into the scandal, after years of campaigning work by families like the Dorricotts. It will look at the reasons so many died, the government response and whether files and other details were destroyed or deliberately covered up decades ago.

Contaminated blood also entered the system more directly through transfusions after childbirth or operations. The report says it's thought another 35,000 British patients, all non-haemophiliacs, may have been infected in this way.

For the first time, the inquiry will also have the power to demand documents and compel government and NHS officials to testify under oath. "We need to be able to say this is what happened, this is who to blame and this is how we can finally start moving on for this," says Dorricott. "I've taken the reins from my dad and want to do him proud. I want to say, 'Yes, we have finally got some justice'"