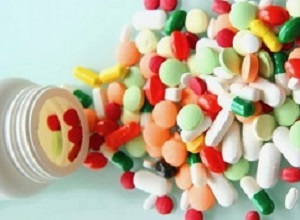 A drug which is highly effective at treating malaria and commonly used in the UK, failed to cure four patients who contracted the disease while visiting Africa, according to research. There is concern that this pattern may highlight a changing situation for malaria treatment in Africa, as well as in the UK.

The UK patients, who all recovered after receiving alternative treatment, were found to be infected with new strains of the malaria parasite Plasmodium falciparum.

Although the researchers can’t rule out other factors, they believe the treatment failure was due to these strains showing reduced susceptibility, a potential first sign of drug resistance, to Artemether-lumefantrine (AL), a type of Artemisinin Combination Therapy (ACT).

The World Health Organisation recommends ACTs as the first-line treatment for uncomplicated Plasmodium falciparum malaria. Crucially, these are among the very first well-described cases of reduced susceptibility to ACT drugs used in Africa, an area of the world where most malaria cases and deaths occur.

These are the first documented cases of AL failing to treat UK patients, and were all reported within a relatively short period of time – between October 2015 and February 2016. The team is concerned that this pattern may highlight a changing situation for malaria treatment in Africa, as well as in the UK. Crucially, none of the four cases could be explained by the ‘slow clearance’ artemisinin resistance found in the Greater Mekong Region. Instead, each patient was found to have a parasite with a mutation in at least one of the five drug resistance markers specifically investigated by the team.

Although malaria is not found in the UK, around 2,000 cases are diagnosed every year due to infected travellers returning from countries where the disease is endemic, mainly in Africa. This report describes four patients who were admitted to two UK hospitals after returning from Angola, Liberia or Uganda. After being diagnosed with malaria caused by the Plasmodium falciparum parasite they were given Artemether-lumefantrine.

Initially, all the patients recovered and were discharged within a week with complete or near complete clearance of detectable parasites in their blood. However, within six weeks of treatment each patient was readmitted with recurrent symptoms and increased levels of Plasmodium falciparum parasites in their blood. None of the patients had travelled to malaria endemic countries between the two hospital admissions.

Blood samples from each patient were sent to The PHE Malaria Reference Laboratory at the London School of Hygiene & Tropical Medicine, where genetic and parasitological investigations were carried out. For one patient, parasite genome sequencing was also conducted by the Sanger Institute.

Dr Colin Sutherland, reader in parasitology at the London School of Hygiene & Tropical Medicine who led the study, said: “Artemether-lumefantrine is the recommended treatment for non-life threatening cases of falciparum malaria in the UK. This strategy is considered to be working well, however our findings suggest that it might need reviewing – fortunately there are other effective drugs available. All the patients were identified by self-referral which suggests more cases of treatment failure in the UK may have occurred. Frontline doctors should be alert to the possibility of artemisinin-based drugs failing, and assist with the collection of detailed information about specific travel destinations.

“A concerted effort to monitor AL outcomes in UK malaria patients needs to be made. This will determine whether our frontline malaria treatment drug is under threat. The good news is that our collaborative infectious disease warning and testing systems which are in place, overseen by PHE, are highly effective.”

Of particular concern to the researchers is that AL is also the most widely used ACT in Africa.

Sutherland said: “These cases act as a warning for Africa. Drug resistance is one of the biggest threats we face in fighting malaria, and is already starting to occur in parasite strains prevalent in parts of South-East Asia. We need to understand why AL failed to clear these four cases of Plasmodium falciparum infection. Mutations were found in genes previously implicated in drug failure in Africa and these warrant further investigation as candidate genetic markers for AL susceptibility in Africa, a potential first sign of drug resistance.”

Identifying potential problem parasite strains in countries where the disease is endemic can be difficult as residents face being bitten by mosquitoes every day. Therefore, the study of suspected treatment failure in travellers who contract malaria and return to countries where the disease is not found, means that health researchers and officials can confidently rule out a newly acquired malaria infection as the cause of recurring symptoms of the disease.

The report authors acknowledge their findings would have been strengthened by directly observing each treatment dose for all patients to ensure the full course of treatment was completed, and with measurement of post-treatment lumefantrine blood levels, to rule out any problems with malabsorption.

Abstract
We present case histories of four patients treated with artemether-lumefantrine for falciparum malaria in UK hospitals in 2015-16. Each subsequently presented with recurrent symptoms and Plasmodium falciparum parasitaemia within 6 weeks of treatment with no intervening travel to malarious countries. Parasite isolates, all of African origin, harboured variants at some candidate resistance loci. No evidence of pfk13-mediated artemisinin resistance was found. Vigilance for signs of unsatisfactory antimalarial efficacy among imported cases of malaria is recommended.

"This is an interesting and well conducted study and again emphasises the incredible ability of the malaria parasite to rapidly evolve to become resistant to antimalarial treatment," he said.

"It is too early to fully evaluate the significance of these findings but the paper highlights the need to be constantly vigilant when treating patients with malaria and larger studies are certainly needed to explore this issue further."

Professor Dame Sally Davies, the chief medical officer for England, said: "This is a stark warning for the future of global medicine. "We are in dire need of new drugs to keep pace with resistance, in low and middle-income countries in particular, the consequences of ineffective drugs are catastrophic."

The Times reports that sub-Saharan Africa carries a disproportionately high share of the global malaria burden and in 2015 was home to 90% of malaria cases and 92% of malaria deaths.

The report says that while deaths from the disease have fallen dramatically in the past 15 years – since 2000 malaria deaths in Africa have dropped by 62% – to 429,000 in 2015, there are big gaps in progress, with the poorest countries faring the worst.