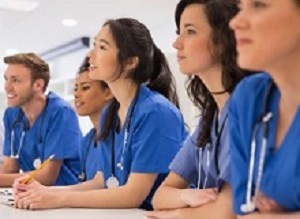 US medical students experience about double the sexual harassment faced by their peers in sciences and engineering, according to an article in the New England Journal of Medicine.

A July 2018 report from the National Academies of Sciences, Engineering, and Medicine (NASEM) sounded an alarm that high rates of sexual harassment in academic sciences, engineering, and medicine are compromising the integrity of education and research. Dr Victor J Dzau, from the National Academy of Medicine, Washington, DC and Dr Paula A Johnson, at Wellesley College, Massachusetts, write in the New England Journal of Medicine that the report also contained a finding that should be deeply worrisome for leaders of academic medical institutions: medical students experience sexual harassment more often than their peers in sciences and engineering, by a considerable margin.

Dzau and Johnson write: “Surveys that informed the National Academies report revealed that about 45% of female medical students in the University of Texas system and 50% at Pennsylvania State University have experienced sexually harassing behaviour on the part of faculty or staff members, whereas similar experiences were reported by about 20% of science students and 25% of engineering students in the University of Texas system, and 42% of graduate students (not enrolled in the medical school) and 32% of undergraduate students at Pennsylvania State University. Together, these surveys include data from 15 total campuses within the two university systems.

“The NASEM committee that wrote the report determined that these two studies, in which student data were collected using the ARC3 campus climate survey (from the Administrator Researcher Campus Climate Collaborative), were among very few that have used rigorous methods and validated approaches to measure the prevalence of sexual harassment and that distinguish among students in different fields. Often, surveys use inconsistent definitions and fail to measure the full breadth of sexual harassment experiences – and thus do not accurately measure the prevalence of these behaviours.

“There are three categories of sexually harassing behaviour: gender-based harassment (including making crude or sexist remarks or sharing sexist imagery); unwanted sexual attention (verbal or physical); and sexual coercion (in which favourable treatment is contingent on sexual activity). Harassment can also be ambient, as opposed to directed at a single person. The vast majority of incidents fall into the first category, yet the prevailing cultural narrative focuses on unwanted sexual attention and sexual coercion. Research shows that more women report having experienced sexual harassment when they are given the full definition.

“Why is sexual harassment so prevalent in academic sciences, engineering, and particularly medicine? On the basis of more than 30 years of research in the workplace and in educational settings, the report shows that sexual harassment is more likely to occur in environments that are male-dominated, where organisational tolerance for sexually harassing behaviours is exhibited, where hierarchical or dependent relationships between faculty and trainees are enforced, and where training environments may be isolating.

“Although 2017 marked the first time more women than men enrolled in US medical schools (after the proportion had hovered near 50% for more than a decade), women are still vastly outnumbered in academic leadership positions. According to the Association of American Medical Colleges, only 38% of faculty members, 15% of department chairs, and 16% of deans are women. Within certain specialties, the numbers are even worse – in 2014, women chaired only 11% of neurology departments, 10% of emergency departments, and less than 1% of surgery departments. Women are also paid less,2 are less likely to be promoted,3 and receive less recognition from academic societies.

“Adding to the power differential is a culture that accepts some degree of suffering as a matter of course. Medical education and training is notoriously gruelling and competitive, with long hours, extensive workloads, and unrelenting pressure to perform. Often, human lives are on the line. It’s hard to find the time to sleep or eat, let alone file a harassment complaint. ‘I had to keep going. There was no choice,’ said one physician interviewed by researchers at RTI International for the NASEM report. ‘Kind of like getting therapy in the middle of a war zone. …I can’t be feeling these feelings right now.’

“Certain structural elements and the complexity of the medical education and training environment can also facilitate sexual harassment. Students, residents, and interns often train in hospital environments that lack direct oversight by their programme leaders, so channels of supervision and accountability are fractured. The necessity of sleeping on the job during 24-hour call periods can blur boundaries. And unlike their peers in sciences and engineering, medical students and trainees are exposed to potential sexual harassment from a whole other population – patients and their families.

“In a profession that often eschews any perception of weakness or vulnerability, women don’t want the negative attention a complaint will bring. The RTI interviews suggest that women in academic medicine see objecting to sexual harassment as a personal and professional liability. In describing their concerns, they cite labels like ‘difficult person,’ ‘outsider,’ and ‘troublemaker.’ One physician was told by her colleagues, ‘Can’t you just suck it up? This is not going to go well for you if you report. You don’t want to make a fuss.’

“Unfortunately, these concerns are not without basis. Women often experience direct retaliation for reporting sexual harassment. But even in the absence of reporting and retaliation, sexual harassment has serious and lasting consequences. Research shows that women who experience sexual harassment are more likely to report symptoms of depression, stress, and anxiety – including lowered self-esteem, disordered eating, increased use of prescription drugs, and over-consumption of alcohol.

“There are also significant educational and professional ramifications. Students who experience sexual harassment are more likely to skip class, get lower grades, switch programmes, or drop out altogether. There is also a correlation between women’s experience of harassment in the workplace and declines in job satisfaction and decreased productivity and performance. Women who experience sexual harassment also frequently forgo opportunities, depart their institutions, or leave their fields altogether, in part to avoid the harasser and stop the harassment.

“These consequences may be compounded for women of colour and lesbian, gay, bisexual, transgender, or questioning women, who experience sexual harassment more often than their peers.

“We can’t ignore the possibility that there are overlaps between the professional and health effects of sexual harassment in academic medicine and the epidemic of burnout among US physicians. According to the definition adopted by the National Academy of Medicine’s Action Collaborative on Clinician Well-Being and Resilience, burnout is a ‘syndrome characterised by a high degree of emotional exhaustion and depersonalisation and a low sense of personal accomplishment at work.’ Its consequences range from reduced job performance to medical errors and suicide.

“Burnout is one of the most significant threats to the functioning of our health system, and many of the factors that drive it are also those that allow sexual harassment to thrive. Chief among these are the cultural emphasis on productivity rather than on clinicians’ well-being and a failure to address the system shortcomings – versus individual behaviours – that contribute to unhealthy workplaces. Therefore, addressing the systemic and cultural issues that contribute to burnout may also mitigate the damage caused by sexual harassment or even prevent it from occurring.

“Culture change begins with leadership. We are calling on our fellow leaders in academic medicine to commit to a systemwide change in culture and climate aimed at stopping sexual harassment before it occurs. The NASEM report recommends that leaders communicate clearly to faculty, administration, students, and trainees that sexual harassment will not be tolerated. Leaders can take measures to align and embed the values of diversity, inclusion, and respect into institutional policies; reduce hierarchical power structures; provide alternative reporting options; protect victims from retaliation; and ensure transparency and accountability in institutional investigations. Research shows that making these changes, among others, can create a social climate capable of reducing and preventing sexual harassment.

“Protecting the health and well-being of female students, trainees, and faculty members – and ensuring fair and equitable outcomes in educational and professional development – is a priority by any measure. But there is also a broader argument to be made. Sexual harassment in academic medicine is a symptom of systematic failures that prevent the medical workforce from operating at its fullest potential. As leaders, we ignore this problem at our peril.”