HomePeopleNeuroscientist scorned by the medical establishment is finally vindicated
People 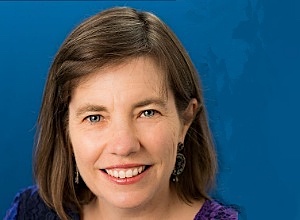 An Australian neuroscientist whose research on avoiding strokes through lifestyle changes and medication instead of surgical interventions put her at odds with the medical establishment, has won an international award for her perseverance in challenging conventional wisdom, reports the Observer.

Anne Abbott, associate professor of neuroscience at Monash University in Melbourne, is a scientist on a mission. She believes large numbers of debilitating strokes can be prevented without surgical interventions. Lifestyle changes and medication alone can make massive improvements to people at risk from the thickening of their arteries.

It was not an attitude that endeared her to the medical establishment, however. For years, it has attempted to block her work while instead pressing for increasing use of carotid surgery and stents, she says.

“I was told not to publish my research findings,” said Abbott, “I was shocked. Then it became hard to submit grant applications to continue my research. People would say ‘yes’ to my proposals, then at the last minute, they would back out. If you can’t put a grant in, it could be the end of your research career.”

But now Abbott’s efforts have received global recognition – thanks to the judges of the John Maddox prize. While the main John Maddox Prize for 2020 went to Anthony Fauci and Salim Abdool Karim for their communication of evidence during the COVIS-19 pandemic, the judges chose to award an additional prize to an early career researcher in recognition of the barriers they have overcome to gain a public hearing on important research evidence, to Abbott.

“Abbott receives the award for her tireless promotion of evidence for non-invasive stroke and arterial disease prevention treatment. Or perhaps we should say evidence against invasive stroke and arterial disease prevention treatment. Abbott’s research in 2009 showed that in people without referral stroke symptoms, non-invasive intervention is at least as effective as carotid artery surgery (endarterectomy). Carotid surgery and stenting are invasive, expensive and (especially in the case of stenting) often harmful.

“Yet these procedures are a multi-billion dollar global industry and established in patient treatment guidelines. Abbott, now a professor, encountered strong opposition as she attempted to publicise her research findings. This ranged from lack of institutional support to her employment being discontinued at multiple institutions, exclusion from professional networks and threats. Abbott continued to challenge the status quo at personal cost, placing patients’ health and public knowledge first.

“This John Maddox Prize for Standing up for Science recognises her efforts in reaching out globally and spending eight years pressing publicly for discussion of the evidence for this treatment of the world’s biggest cause of death, including contacting the president of the United States in 2011.

“The word has, it seemed, spread. Bill Bryson highlighted in his popular book The Body – A Guide For Occupants that by the year 2000, a million precautionary angioplasties were being undertaken in the US alone every year, without any proof that they saved lives.”

Named after the former editor of Nature, and organised by the journal and the charity Sense About Science, the international awards are given to researchers who stand up for sound science, reports the Observer. Past winners have included scientists who have been persecuted for speaking out about the dangers of rainforest destruction, the bleaching of coral reefs and the misuse of vitamin C supplements as “treatments” for cancer.

“For decades, it was standard practice to operate on people who have carotid stenosis – by cutting open an artery and removing the narrowing,” added Abbott. “More recently, carotid stenting was introduced, and this is even more dangerous than surgery. But my research a decade ago showed, in many cases, these procedures are unnecessary or cause net harm,” added Abbott.

“Major improvements can simply be made by medical – as opposed to procedural – interventions, such as the adoption of healthier lifestyles, anti-cholesterol drugs, taking blood pressure and cutting out smoking.”

But despite publication of papers on the effectiveness of these measures, major programmes to use surgical interventions were being introduced across the world, and Abbott came under considerable pressure to stop her attempts to improve stroke prevention. “To get all this resistance from multiple people, multiple institutions, was shocking and tiring,” she added. “It became terribly difficult to keep going.”

But she persisted and her work is now being accepted by growing numbers of doctors. She is working on producing what she calls the first “evidence-true” guidelines for carotid artery disease in collaboration with an international group of doctors.

“It takes great courage and determination to go against established practices,” said one Maddox prize judge, Magdalena Skipper, Nature’s editor-in-chief. “Anne Abbott’s efforts to move away from unnecessary clinical interventions and procedures have shifted stroke prevention methods and improved stroke prevention worldwide – despite coming up against resistance from her academic seniors.”