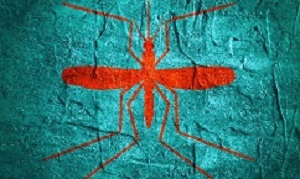 The outbreak in Cambodia, then Thailand, Laos and most recently Vietnam, of malaria that is untreatable with the newest and best drugs we have has alarmed experts, reports The Guardian. There have been calls for the World Health Organisation to declare a public health emergency of international concern, as it did with Ebola in West Africa and Zika virus in Brazil.

The report says the dismay is at the prospect of losing the efficacy of the artemisinin drugs, which along with insecticide-impregnated bed nets are the most powerful tool in the armoury against malaria. It had been hoped that malaria – which kills nearly half a million people a year, mostly children and pregnant women – could potentially be eliminated.

But all the global efforts could be in vain if resistance continues to spread under the radar, as scientists reveal it has done for years in Cambodia. A study led by scientists from the Wellcome Sanger Institute, investigated what happened in Cambodia between 2008 and 2013, when it became obvious that some patients were not being cured.

They analysed DNA sequence data from nearly 1,500 Plasmodium falciparum parasites from southeast Asia, including more than 450 collected in Cambodia between 2007 and 2013.

The artemisinin drugs are given in combination with other antimalarials, so that if one drug begins to fail the other may still effectively clear the parasites. In Cambodia, the combination was dihydroartemisinin and piperaquine (DHA-PPQ). The researchers found a single strain of parasite became resistant to both drugs as early as 2008, the first year they were used, and then rapidly spread elsewhere.

“We rely a lot on the artemisinins. They are wonderful drugs,” said lead author Dr Roberto Amato, pointing out that Professor Youyou Tu from China received a Nobel prize in 2015 for her contribution to their discovery. “But they are failing in some parts of Asia. The last thing we want is this artemisinin resistance to spread outside of that.”

The report says one option is to switch the companion drug from piperaquine to an older drug that is still effective, mefloquine, he said. But there is a risk that resistance will develop to that too. Another option is to use three or four drugs instead of two.

But the strategy for the future has to be constant surveillance and genetic sequencing of the parasites to work out where there is resistance and to which drugs, allowing new drug combinations to be used only where they are needed.

So far there is no evidence of this aggressive multi-drug resistant malaria in Africa, which has most cases. But some fear it could spread there if not checked.

“If this parasite strain keeps spreading and becomes dominant further afield it could devastate vulnerable populations globally,” said Professor Mike Turner, head of infections and immunobiology at Wellcome. “It is surprising to see that the parasites developed resistance so rapidly. Coordinated actions by governments and organisations to control and eliminate this parasite population are urgently needed. Real-time genetic sequencing would allow regional malaria control programmes to respond immediately to evolutionary changes in the parasite population.”

Summary
Background: Antimalarial resistance is rapidly spreading across parts of southeast Asia where dihydroartemisinin–piperaquine is used as first-line treatment for Plasmodium falciparum malaria. The first published reports about resistance to antimalarial drugs came from western Cambodia in 2013. Here, we analyse genetic changes in the P falciparum population of western Cambodia in the 6 years before those reports.
Methods: We analysed genome sequence data on 1492 P falciparum samples from 11 locations across southeast Asia, including 464 samples collected in western Cambodia between 2007 and 2013. Different epidemiological origins of resistance were identified by haplotypic analysis of the kelch13artemisinin resistance locus and the plasmepsin 2–3 piperaquine resistance locus.
Findings: We identified more than 30 independent origins of artemisinin resistance, of which the KEL1 lineage accounted for 140 (91%) of 154 parasites resistant to dihydroartemisinin–piperaquine. In 2008, KEL1 combined with PLA1, the major lineage associated with piperaquine resistance. By 2013, the KEL1/PLA1 co-lineage had reached a frequency of 63% (24/38) in western Cambodia and had spread to northern Cambodia.
Interpretation: The KEL1/PLA1 co-lineage emerged in the same year that dihydroartemisinin–piperaquine became the first-line antimalarial drug in western Cambodia and spread rapidly thereafter, displacing other artemisinin-resistant parasite lineages. These findings have important implications for management of the global health risk associated with the current outbreak of multidrug-resistant malaria in southeast Asia.