'Obesity paradox' is a significant factor in metastatic melanoma survival 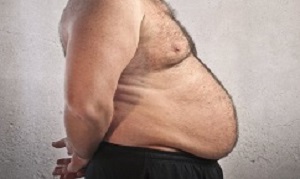 Obese patients with metastatic melanoma who are treated with targeted or immune therapies live significantly longer than those with a normal body mass index (BMI), investigators report in a study of 1,918 patients in six independent clinical cohorts. This effect, referred to as the "Obesity Paradox," principally manifested itself in men, said Dr Jennifer McQuade., lead author and instructor of melanoma medical oncology at The University of Texas MD Anderson Cancer Centre.

"Obese men consistently did much better than men with a normal BMI, with nearly a doubling of overall survival," McQuade said. The researchers found no significant differences in survival between women with normal, overweight or obese BMI.

"The question is what underlying mechanism causes this advantage in obese men, and can we take advantage of it to improve outcomes in patients with melanoma?" McQuade said. "One hint may be the interaction between obesity, sex, and outcomes, which has not been detected before in any cancer."

Women with metastatic melanoma have long been known to have better outcomes compared to men, McQuade noted. In this study obesity overcame that survival disadvantage for men, leading researchers to now look at the possible impact of sex hormones in this effect.

Associations don't prove causation, the researcher's note, but point to new areas to study in greater depth. "The public health message is not that obesity is good. Obesity is a proven risk factor for many diseases," McQuade said. "Even within our metastatic melanoma population, we would not suggest that patients intentionally gain weight. We need to figure out what is driving this paradox and learn how to use this information to benefit all of our patients."

Obesity is a known risk factor for developing 13 types of cancer according to the World Health Organisation and is set to overtake smoking as the leading preventable cause of cancer. The relationship between obesity and survival in patients that already have cancer is not as consistent. Recent studies have shown a similar survival benefit for obese patients with colorectal or kidney cancer.

The team expected to find obesity to be harmful for melanoma patients, based in part on research that implicates obesity in activation of a cancer-promoting molecular pathway called IGF-1/PI3K/AKT. They analysed the association between body mass index (weight divided by height) and progression-free survival (PFS) and overall survival (OS) in six independent cohorts of patients treated with targeted therapy, immunotherapy or chemotherapy in pivotal trials that led to US Food and Drug Administration (FDA) approval of these drugs.

While advantages in PFS and OS emerged in an overall meta-analysis of the entire group, the survival benefit associated with obesity was restricted to men treated with targeted or immunotherapies, where obese men had a 47% decreased risk of death compared to men with normal BMI.

For immunotherapy, in a cohort (330 patients) treated with checkpoint inhibitors blocking either the PD1 check point on T cells or its PD-L1 ligand, results again showed no differences among women, but: normal BMI men – PFS 2.7 months, OS 14.3 months; and obese men – PFS 7.6 months, OS 26.9 months A cohort of patients treated with the immune checkpoint inhibitor ipilimumab (207 patients) showed similar results. There was no effect of obesity found among two cohorts (541 patients) treated only with the chemotherapy dacarbazine.

The researchers are following up to understand biological factors that might provide an advantage to obese male patients. Obesity is associated with increased inflammation, which could improve the effectiveness of checkpoint blockade drugs that unleash an immune response against cancer.

The sex-specificity of the observed differences points to a potential hormonal mediator. Fat (adipose) tissue produces an enzyme called aromatase that converts male hormones called androgens into oestrogens, female hormones. Perhaps this happens enough in obese men to help them clear some type of hurdle toward greater survival, McQuade said. The researchers are collaborating with investigators at the University of Pennsylvania that have found that turning on a very specific type of oestrogen receptor on melanoma makes it vulnerable to immunotherapy.

The MD Anderson team also is looking at gene expression, mutations and immune profiling to identify potential differences in melanoma in obese and non-obese patients and developing preclinical models.