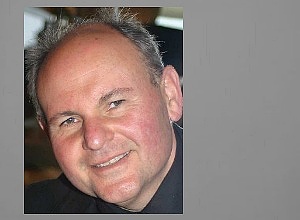 The Compensation for Occupational Injuries & Diseases Amendment Bill debated in Parliament last week is a duplicitous attempt to prevent the “win-win” intercession of third parties that until now has made it possible for injured workers to receive good treatment and medical practitioners to receive payment from the dysfunctional Compensation Fund, writes Michael Bagraim of Bagraim Attorneys and Opposition shadow labour minister.

The Democratic Alliance has been calling for an amendment to the legislation for the past 20 years. The disgusting approach by the governing party to keep the exclusion of domestic workers could only be described as evil. Apartheid excluded domestic workers from the ability to gain compensation after injuries at work. It took a daughter of a domestic worker years to challenge the system and finally for the Constitutional Court to demand the change.

I personally raised this issue with the previous minister of labour seven years ago. I received no answer. Finally, on the instruction of the Constitutional Court, the employment and the labour minister was forced to pen the change. Now suddenly, the ANC is trying to claim some sort of moral victory for itself.

However, there is one glaring issue that must not only be challenged but highlighted and removed by either this parliament or the Constitutional Court hereafter. The ANC, aided and abetted by the Department of Employment and Labour, is desperately trying to avoid challenges to an incompetent entity within the department.

First, it needs to be said that substantive amendments should only be made if the legislature wants to destroy an evil. When inquiring from the minister as to why the substantive change had been proposed, no proper answer could be given. An explanation for the proposed amendment can only be gleaned and I intend to outline the real reason for it. I must outline the facts regarding this pernicious amendment.

For more than 20 years the Compensation Fund has been dysfunctional, disorganised and diseased.  It is so dysfunctional that some claims have now had their 21st birthdays. Because of the useless Compensation Fund, thousands of medical practitioners and institutions are refusing to treat diseased and injured workers.

These workers are then being referred to state hospitals and clinics and join the lengthy queues to face a broken health department. These employees are all covered by the Compensation Fund after having contributed to it with every pay cheque. They deserve to be treated by any practitioner they choose. The practitioners, understandably, are refusing to accept them as patients because the fund does not pay.

A practice has arisen which has helped find a cure for the bind in which these injured workers find themselves. First, the patients (the workers) can get the best medical help in the country and are able to get it quickly. In turn, the treating practitioners and institutions can get paid quickly without having to fight and struggle with a dysfunctional Compensation Fund. Everyone wins.

For the first time in many years, injured workers are finding they can get access to help. The only reason why these third parties exist is because the medical practitioners would rather receive discounted rates then receive nothing at all. The Compensation Fund in turn, then tries to avoid paying the third parties. This is their modus operandi.

The third parties have both the power and means to take the employment and labour minister to court. The courts have spoken loud and clear. The minister is forced to pay not only the medical bills, but all interest and legal costs. These claims have amounted to many millions.

Not once has the minister won any of of these cases. The obvious answer would be for him to go to his incompetent entity and force it to get its house in order. This in turn would allow medical practitioners to claim directly from the fund and get paid timeously. But no, this is too difficult, and the minister does not have the political will.

What seems to be a solution is to try to make it more and more difficult for third parties to transact with the Compensation Fund. So instead of fixing a broken department, the minister tries a duplicitous move. I read the suggested amendment:

None of this can be explained to injured employees who are the most vulnerable of citizens. The ANC is using them as cannon fodder. To support this amendment is to be party to the cover-up.

In essence, this major amendment is being moved to conceal a completely broken system. Instead of at least trying to fix the system, the ANC aids and abets the cover-up and cannot explain why it is doing that.