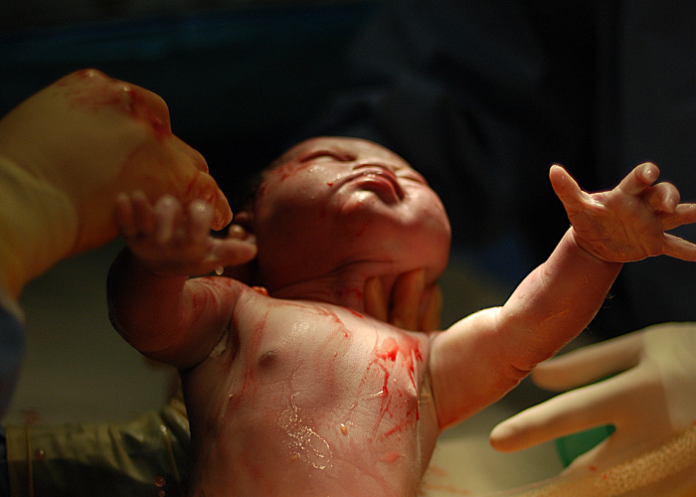 There was a 28% increase in the institutional maternal mortality ratio in all provinces during the second wave compared with the first wave, except in the Western Cape which had a decrease of 1%. The year-on-year analysis found that prescriptions for contraceptives declined by, as did the numbers of terminations of pregnancy, by 17%.

The authors note that there have been two “markedly different” regional effects of COVID-19 on maternal care: the rural provinces experienced increased pressure on their services due to pregnant women migrating from metropolitan areas back to their homes, increasing the burden on already under-resourced facilities; and metropolitan areas were inundated with severe COVID-19-specific conditions, leading to an increased burden in these areas and an inability to manage routine emergencies

The deaths statistics undo the hard-won gains in South African maternal health in the decade years before COVID-19. Globally, the pandemic dealt pregnant women a double blow: pregnancy increases the risk of severe disease, yet access to health services was severely disrupted.

There were 920 and 1, 273 maternal deaths in FY2019/20 and FY2020/21 respectively. Nationally, maternal deaths and the institutional maternal mortality ratio (iMMR) – the iMMR reflects women giving birth in health facilities and is a globally accepted gauge of the strength of a health system – increased significantly in all provinces except the Northern Cape, overall by 40% and 37% respectively. Large percentage increases occurred in the Free State (42%), KwaZulu-Natal (57%), Mpumalanga (58%) and the Western Cape (86%, but from a low base).

“The increase in iMMR shows that the increased number of maternal deaths is not merely a reflection of higher numbers of institutional births, but also represents a real increase in the proportion of women dying,” the authors write. “Excluding the Mpumalanga data, there was also a significant increase in stillbirths (1892 more), and neonatal deaths increased, with 207 deaths overall.”

Stillbirths and the stillbirth rate increased significantly nationally in all provinces except the Northern Cape, and this influenced the perinatal mortality rate which mostly increased. The stillbirth rate increases were 10% in number and 8% (1,892). Mpumalanga was not included in the analysis due to missing data. The early neonatal death rate remained relatively constant , except in Limpopo and the Northern Cape where it decreased and in the North West where it increased. The neonatal death rate ranged from a 15% decrease in Limpopo to a 13% increase in North West.

“The Caesarean delivery rate of 54.4% was very much higher than that of 28.1% for South Africa in 2017−2019, as was the rate of hypertensive disorders in pregnancy of 11.5% compared with a population-based incidence of 5%.5 However, the pre-term delivery rate of 2.4% was much lower than the estimated 8% in the country.6 The reasons for these differences are unknown at present,” the authors write.

“The effect of COVID-19 on pregnancy and maternal death has been underestimated… [The] COVID-19 iMMR is similar to the iMMR from obstetric haemorrhage, hypertensive disease in pregnancy, and medical and surgical conditions, and is three to four times higher than the rates of miscarriage, pregnancy-related sepsis and ectopic pregnancies when compared with the iMMR from those conditions in the NCCEMD data of 2017−2019.

“This is clearly an underestimation, given that only a sample of the country was assessed. Contrary to the conclusion of the NICD5, COVID-19 in pregnancy is a serious condition. This high rate of maternal and perinatal mortality was also found by the INTERCOVID Multinational Cohort Study group.”

Business Day reports that the findings are much worse than those reported by Stats SA in mid-April, which surprised local researchers with data that bucked the international trend of worsening outcomes for pregnant women and their newborn babies during the pandemic. Stats SA reported on 14 April that SA’s iMMR had fallen from 106 deaths per 100,000 live births in 2019 to 88 per 100,000 in 2020.

Statistics SA: The swings and roundabouts of how we die