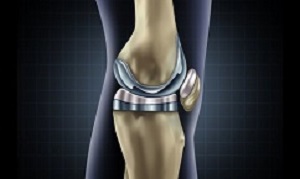 The team used routinely collected data from the National Joint Registry (NJR) and found that partial replacements, also known as uni-compartmental replacements (UKR), are better for patients who have only part of their knee affected by arthritis and could therefore have either a partial or a total replacement.

The procedure is less invasive, allows for a faster recovery, carries less post-operative risks and provides better function. It is also a cheaper intervention for the NHS, in both the short and long term.

"The main strength of this study is that we were able to use real data, from very large numbers of people, about their actual operations, their GP visit, and their own reported quality of life outcomes in a way that is not always possible," says co-lead researcher and NDORMS senior health economist Dr Rafael Pinedo-Villanueva, who is funded by the National Institute of Health Research (NIHR) Oxford Biomedical Research Centre (BRC) and the Medical Research Council. "This has allowed us to provide strong proof that partial knee replacements are both better for patients and cheaper for the NHS," he added.

The main reason for knee replacement surgery is osteoarthritis and about half of the patients needing knee replacement could be suitable for a partial replacement, a procedure where only the affected part of the knee joint is replaced. However, according to data from the NJR, of the 98,147 knee replacements undertaken in 2016, only 9% were partial.

“For patients and the NHS to see the benefits of partial replacements, we need the buy-in of surgeons, who would need to feel comfortable performing a greater proportion of their knee replacements as partials,” the paper's first author, Ed Burn, explains.
“If we see surgeons carrying out this procedure more often the proportion of knee replacements that are partials would increase from the current figure of 9% and we would see an increase in future economic and population health gains.”

Abstract
Objectives: To assess the value for money of unicompartmental knee replacement (UKR) compared with total knee replacement (TKR).
Design: A lifetime Markov model provided the framework for the analysis.
Setting: Data from the National Joint Registry (NJR) for England and Wales primarily informed the analysis.
Participants: Propensity score matched patients in the NJR who received either a UKR or TKR.
Interventions: UKR is a less invasive alternative to TKR, where only the compartment affected by osteoarthritis is replaced.
Primary outcome measures: Incremental quality-adjusted life years (QALYs) and healthcare system costs.
Results: The provision of UKR is expected to lead to a gain in QALYs compared with TKR for all age and gender subgroups (male: <60 years: 0.12, 60–75 years: 0.20, 75+ years: 0.19; female: <60 years: 0.10, 60–75 years: 0.28, 75+ years: 0.44) and a reduction in costs (male: <60: £−1223, 60–75 years: £−1355, 75+ years: £−2005; female: <60 years: £−601, 60–75 years: £−935, 75+ years: £−1102 per patient over the lifetime). UKR is expected to lead to a reduction in QALYs compared with TKR when performed by surgeons with low UKR utilisation but an increase among those with high utilisation (<10%, median 6%: −0.04, ≥10%, median 27%: 0.26). Regardless of surgeon usage, costs associated with UKR are expected to be lower than those of TKR (<10%: £−127, ≥10%: £−758).
Conclusions: UKR can be expected to generate better health outcomes and lower lifetime costs than TKR. Surgeon usage of UKR does, however, have a significant impact on the cost-effectiveness of the procedure. To achieve the best results, surgeons need to perform a sufficient proportion of knee replacements as UKR. Low usage surgeons may therefore need to broaden their indications for UKR.