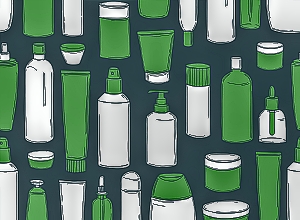 Despite the associated health risks, the use of skin lightening products (SLPs) continues to grow in popularity in sub-Saharan Africa and among young South African health science students, the prevalence among men is almost as high as that among women, writes MedicalBrief.

At least one in eight of 400 black, Indian and coloured students at the University of the Western Cape (UWC), where the study was conducted, said they used skin lighteners despite knowing the dangers of some of the products.

Lead researcher Dr Farzana Rahiman, from the medical bioscience department, said the products are used by 10% of men and 12% of women in the study, which is published in the International Journal of Women's Dermatology.

"To my knowledge, this result about men's use is one of the first to be reported in SA," she said.

The prevalence of Indian women using skin lighteners was 15%, followed by black African at 13% and coloured women at 12%.

Around three-quarters of the students were motivated by fashion and what they thought appealed to the opposite sex: almost half were influenced by family and friends to aim for the “yellow bone” look. The term refers to black people who are light-skinned, particularly women.

A survey evaluating knowledge, perception and use of skin lightening products among South African students

Background
In Sub-Saharan Africa, the use of skin lightening products (SLPs) for cosmetic purposes has become common practice among women with dark skin tones. Despite the associated risks, this practice is still significantly increasing in Africa. The objective of this study was to determine the knowledge, perceptions and practice toward skin lightening among young adults.

Methods
A cross-sectional survey among health science students at a tertiary institution in the Western Cape, South Africa (SA) was conducted.

Results
A total of 401 participants were included in the sample. There was a low prevalence (12%) of skin lightening practice among students, which could possibly be a result of students being aware of the associated side effects. Participants believed that family and friends are most likely to influence this behaviour (48%) and perceive individuals who practice skin lightening do so because this provides a more fashionable look (76%). Men and women were found to be equally likely to use SLPs and those residing in urban settings are ten times more likely to engage in the practice compared to rural dwellers.

Conclusions
This study contributes valuable information on the phenomenon of skin lightening among a diverse group of young adults. Results highlight the influential role social media platforms and family members have in motivating use of SLPs. Furthermore, the equal likelihood of use among both genders suggests that this practice is growing among males.