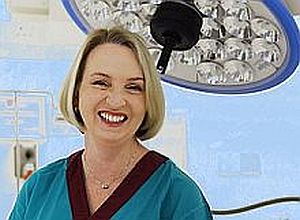 Professor Elmi Muller's dedication to making organ transplantation available to vulnerable people that has led to her being recognised with the 2019 University of Cape Town (UCT) Alan Pifer Award.

The award, which carries a purse of R20,000, is awarded annually by UCT’s vice-chancellor in recognition of outstanding welfare-related research that benefits South Africa’s disadvantaged people.

In Muller’s case it recognises her commitment to confronting the inequities that exist globally in organ donation and her longstanding work in ensuring that HIV-positive patients with renal failure can safely receive lifesaving organ transplants.

Muller, who has been head of the Transplant Unit at Groote Schuur Hospital since 2011 and who is now also head of the division of general surgery at UCT, has a long list of professional accomplishments to her name. Beyond her clinical expertise and experience in building both kidney and liver transplant programmes at Groote Schuur, her research prowess was recently recognised with an A1 NRF rating. She has also impacted global public health policy, serving on the World Health Organisation’s Task Force for Transplantation and as a member of the International Declaration of Istanbul Custodian Group from 2010 to 2016, when she was elected chair of the group. As of 2020 she is the first person from Africa to take on the role of president of the International Transplantation Society (TTS).

If you ask her though, Muller will tell you that her personal high point was the day she was introduced to the son of a young woman she had operated on. “One of the highlights of my career was when one of my very early HIV-positive transplanted patients came to clinic one day with her young boy and introduced him to me. He was the same age as my youngest son and I realised the impact of his mother’s transplant. If I could do this for even one patient, it was enough for me.”

Yet when Muller performed the transplant operation on the boy’s mother in 2008, she received plenty of criticism for it. At that time HIV-positive patients with renal failure in South Africa were denied state-funded dialysis because they were not considered suitable candidates to receive transplants. In the resource-scarce setting of public healthcare in South Africa, dialysis was reserved for patients as a bridging mechanism to transplantation. In effect, HIV-positive patients with renal failure were given a death sentence.

Despite the overwhelming need of such patients, Muller’s decision to go ahead with the surgery was deemed too risky, given the complexities of treatment regimens and the ethical questions surrounding HIV-positive organ donation. “I had to justify my decisions and was heavily criticised for transplanting HIV-positive recipients with HIV-positive organs. In many ways I learned to deal with difficult situations during this time. I also had exceptional support from some of my colleagues locally and worldwide, still close friends to this day; without them I would not have been able to go on.”

It was only a year after Muller had completed her second set of kidney transplants between HIV-positive patients and donors, all of which were successful, that the South African Health Department gave permission for her organ transplant programme to proceed.

In a 2011 feature in the Lancet her colleague and mentor, Professor Delawir Kahn, described Muller’s impact on HIV-positive patients with renal failure in South Africa as literally life-changing, saying that, “HIV patients in South Africa have access to dialysis as a result of the work that Elmi has done. Their lack of access to dialysis would have dragged on for many, many years if she had not pushed this issue”.

As an undergraduate student in Pretoria in the early 90s, Muller’s first love was music, not medicine. “I was a good pianist and organist and I supported my income with permanent work accompanying instrumentalists and singers all through high school and university. I had a full-time position as organist at one of the Afrikaans churches from the age of 15. This was great pocket money but I also loved to go and practice in the quiet church as part of my daily routine,” she remembers.

According to Muller she struggled in her first few years of her medical degree. “Things started to make more sense when I approached my 4th, 5th and final year. The fact that there was more clinical work and more ‘thinking’ and less ‘recall’ helped. Although I was more positive by the end of my degree, I had no idea what I would specialise in and even whether I would specialise.”

It was during a stint in the UK that Muller became interested in surgery. When she returned to South Africa in 2001, she began work as a registrar at Groote Schuur Hospital and further specialised in organ transplantation.

“The field of transplantation covers surgery, medicine, immunology, virology, psychology, and social sciences. This makes for a really interesting mix of scientific work as I work with people in all these fields. Some of the questions around organ donation and deceased donation also relate to deep psychological and social issues. Transplant medicine, stem cell research, and reproductive treatments are medical techniques that have profoundly shifted our understanding of the world in general.”

Muller believes that South Africa must continue to build on the very advanced medical therapies that are available in the country, including transplantation, to make them accessible to all.

“To drive transplantation in a country with many unmet needs is a challenge. Basic medical care (understandably) has to be prioritised and there are very limited resources to improve issues like deceased donation in the country.”

As just one example, Muller explains that at present the whole of South Africa, with its population of 53m people, has only 20 transplant coordinators. “Socio-economic inequity reinforces inequities in both population health and access to care. Nearly half of all healthcare spending is concentrated in the private care sector, which serves the minority (16%) of the population. The vast majority of South Africans, however, rely on an under-resourced and dysfunctional public health system. I believe that providing value-based healthcare to the South African population is a major challenge and that we will have to come up with innovative ways to address this need.”

Despite the challenges facing healthcare in South Africa, Muller remains hopeful. “I see a future with major developments on a cellular level, so that we will be able to culture islet cells and transplant them to cure type I diabetics, for example. I also hope the field of immuno-suppression will change with some of the important work that is being done to recreate a tolerant environment for transplanted grafts.”